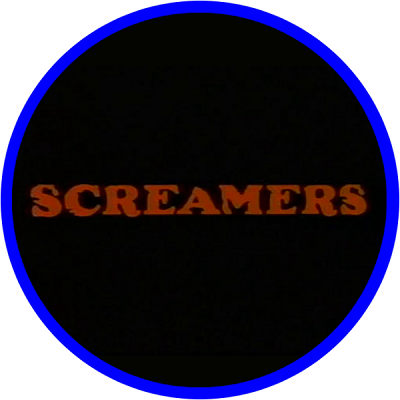 Island of the Fishmen (aka Screamers) (1979) - Movie review plus screencaps:

The special effects are bad, bad, bad.  It  kind of looks like they took leftover monster bits from other movies and pieced them together to make the creatures.   Like the filmmakers were rummaging through the trash bins of a better movie, and were all, "Hey!  You guys throwing this away?  It's still good.  I can use this!"  Well. actually, there was one cool thing, with this one guy who was being turned from a man into a fishman, but they most have spent their entire budget on it, cuz the rest was super-cheapo.

The movie is, for the most part, poorly paced and really boring.  I had to resist the urge to fast forward as I watched it.  Richard Johnson (of Bulldog Drummond fame) hammed it up entertainingly as the lead villain, but that was the only thing the movie had going for it.   I would say this movie is not really worth your time, unless you are a die-hard bad movie fan.