This episode begins with Larry Storch (most famous for his role as Corporal Agarn on the old TV series "F Troop") playing a washed-up Vegas stand-up comedian, slanting his eyes and delivering a racist impression of a Chinese person.  Looking at this from a modern day perspective, it's not clear to me whether the producers of the show actually wanted us to laugh at this, or if it's there to indicate what an unfunny hack Storch's character is supposed to be.   Hopefully the latter, although I have a sneaking suspicion that might not be the case.

Storch's character, in addition to being a washed-up opening act with delusions of grandeur, is also massively in debt due to a gambling problem.  His solution to his financial woes is to become a mad bomber of the casinos.  He rigs up a variety of remote-controlled bombs and plants them in various spots in the casinos, and then threatens to blow them up unless the casinos pay him off.  Rather than just take the money and leave, however, which would seem to be the sensible thing to do, Storch dresses up in a disguise (the two we see are "Hippie" and "Old Man") and then proceeds to make losing bets at the roulette wheel, and forces the casino to pay him as if he was winning.  This causes large crowds to gather around the table, and wonder why they are paying a guy who is clearly losing.  Apparently Storch feels like this will humiliate the casinos in some way, and add to his sense of revenge.  It doesn't really make any sense.  It seems like the show's producers just decided it would be fun to dress Storch up in some silly costumes, and worked backwards from there.

Storch also has a co-conspirator or conspirators who he speaks with on the phone, but it's never clear exactly who he's talking to.  The person he talks to sounds like the brains of the operation, but the only conspirator we ever see on the show seems like a hired thug, and is wearing what looks like a parking valet's uniform.  I'm guessing it's just another disgruntled casino employee who Storch recruited to his cause.  However, Storch's telephone conversations are what eventually becomes his undoing.  Two young women are on a trip to Las Vegas, and one of them is a deaf lip-reader, who sees Larry Storch talking about his bombing plans on a pay phone and reads his lips.  The girl and her friend try to report him, but no one will take them seriously.  One of the casino bosses takes pity on them, though, and gives them free passes to a Trini López concert with Larry Storch as the opening act.  Which is kind of a dick move when you think about it, giving tickets to listen to a singer and a vocal impressionist to a deaf girl.

Even though the casino bosses and police don't take the girls seriously, they run into someone else who does: The Hardy Boys!  Things get off to a rocky start though, when the girls run the Hardys off the road (they were driving away in fear after reading Larry Storch's lips).  When the Hardys see the girls later at the casino, Joe yells at the deaf girl, and then is humiliated and ashamed when he learns she is deaf.  He then tries to make it up to her by talking down to her like she was a child while simultaneously trying to romance and make out with her.  The whole thing comes across as pretty skeevy, really.  The idea that deaf people are just normal people who just happen to be deaf, and should be treated more or less the same as everyone else never seems to occur to him.

Over all, this wasn't one of the better episodes of the Hardy Boys.  Even with Larry Storch dressed in a "Hippie" costume, it just wasn't weird or spooky enough to really excite me the way my favorite episodes of this series do.


FUN FACT:
Larry Storch has had a long career as recording artist, stand-up comedian, and actor in both television and film.  He also lent his voice to many cartoons, my favorite being Filmation's The Batman/Superman Hour from 1968, where Storch became the first actor to voice The Joker in animation.


The Electric Soft Parade - Silent to the Dark

Read more »
Posted by Joshua Raymond at 3:41 AM No comments: 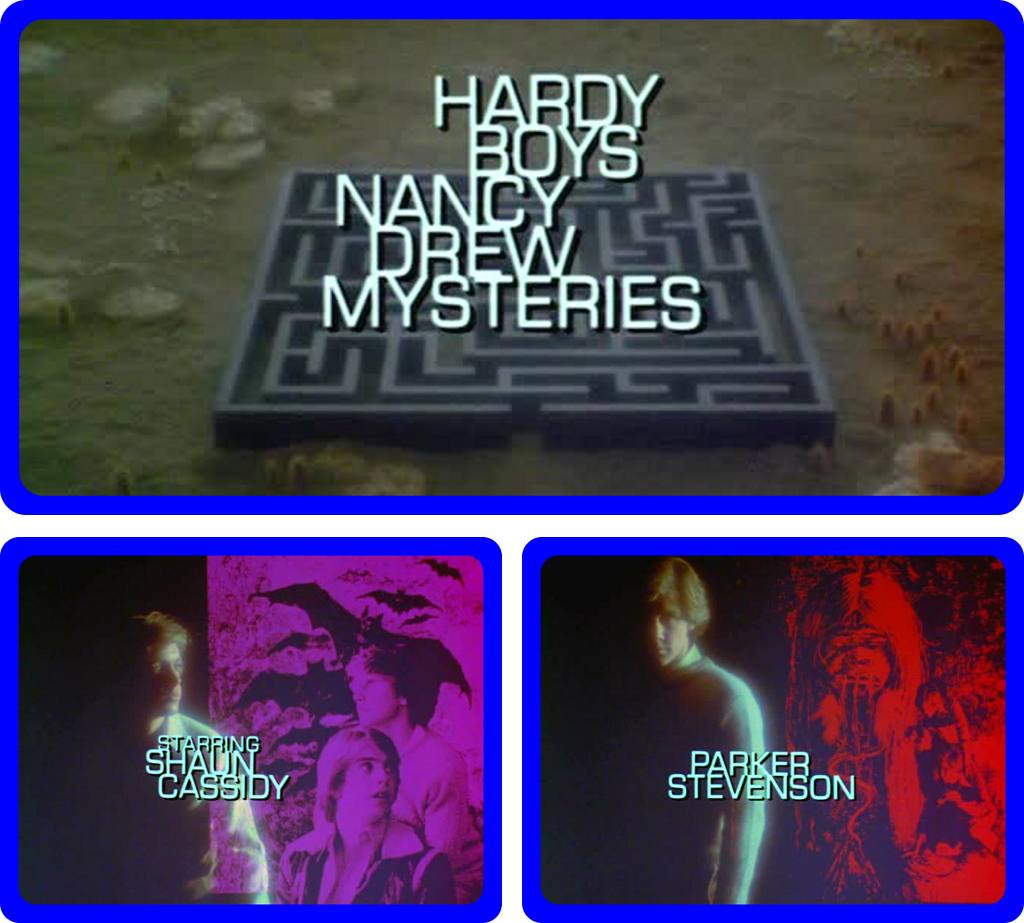 Read more »
Posted by Joshua Raymond at 4:29 AM No comments: