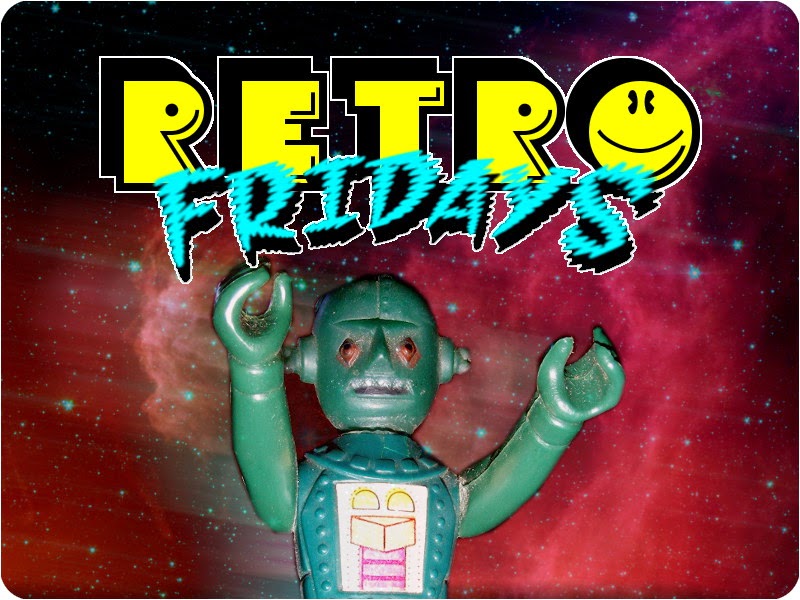 This week's vintage 3 and 3/4 inch action figure from the 1970s or 1980s is "Newt," a weird robot from Tomland's Starroid Raiders collection. Just what is the deal with this weird little guy anyway?  Read on to find out!

Read more »
Posted by Joshua Raymond at 12:00 AM No comments: 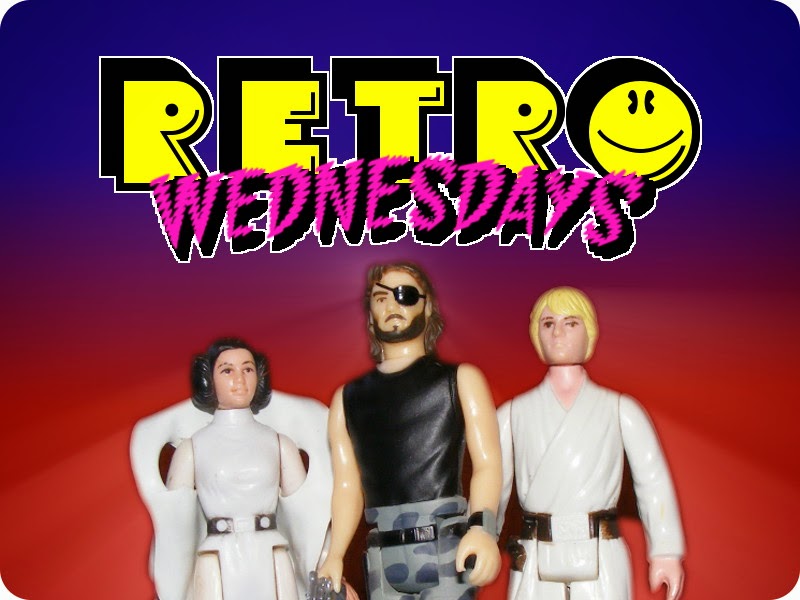 I've got a bit of news about an upcoming feature on here on Misfit Robot Daydream, but first, I want to remind everyone that there's only a few hours left to get in on the "Amazing Heroes" Kickstarter. I've blogged about it a couple of times, but for those of you who haven't seen it, it's a line of action figures of Golden Age comic book characters, plus Captain Action as well, done in the style of the Marvel Comics Secret Wars action figures from the 1980's. I think they are really cool, and am hoping that the Kickstarter gets funded, but time is running out. There are only about 9 hours left, and it's only 90% funded. But it was only 80% funded this morning, so it's possible that there might be a last minute rush and it will get funded.

I'd encourage anyone who is interested to head over to their Kickstarter page and check it out!

In my blog news, last week I launched a new weekly feature called "Retro Wednesdays," in which I will be featuring a new retro, Kenner-style 3 3/4 inch action figure every week, like the ones currently being produced by Super 7, Funko, and Bif Bang Pow.  For an example, check out this link for the Retro Kenner section at Entertainment Earth (that's not a sponsored link, by the way, I won't get any money if you click on it or buy anything).  Well, I thought it would be fun to pair them off with actual vintage 3 3/4 inch action figures from the 1970s and 1980s.  So I've decided to make a Fridays "Retro Fridays," where I will feature action figures like Fisher-Price Adventure People and Kenner Star Wars, and other figures in this style. I'll be kicking that feature off this Friday with a look at "Newt," a 1977 figure from Tomland's Starroid Raiders line, and I'll be featuring the new Funko ReAction Escape From New York "Snake Plisken" figure.  So there will be at least two new, regularly scheduled pieces to look forward to on this blog every week, and I'll still be posting other, random stuff as well.  So check back often for some fun stuff!


Posted by Joshua Raymond at 2:23 PM No comments: 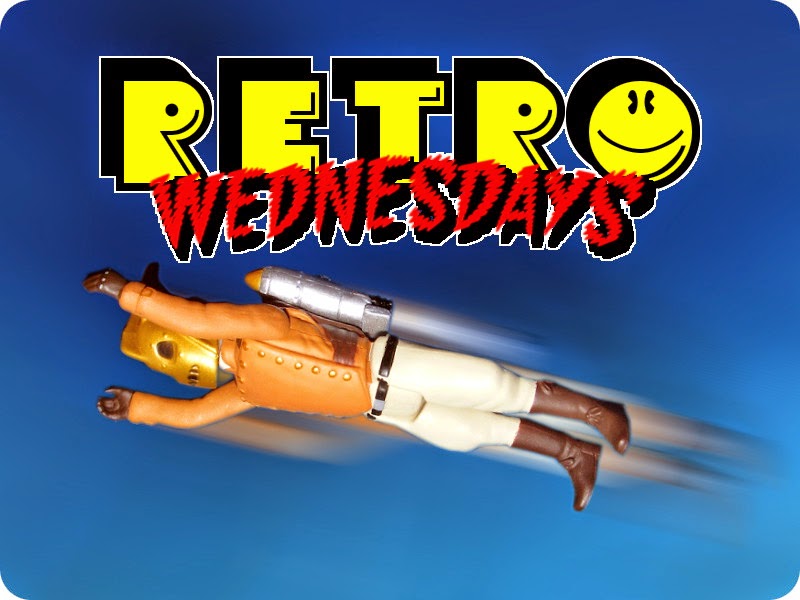 Starting today, I'm going to be starting a new weekly feature called "Retro Wednesdays," focusing on the new wave of retro, Kenner-inspired 3 3/4" action figures.  The bulk of these will be from Funko and Super 7's ReAction line, as well as any other figures I come across in this style, such as Bif Bang Pow's Twilight Zone figures, or Amok Time's upcoming Day the Earth Stood Still figures.  Some days I will have full reviews, other days I might just have a few quick photos, but I should have something fun about these figures to post every Wednesday.  Today's figure is The Rocketeer.  Read on to check him out!

Read more »
Posted by Joshua Raymond at 11:29 AM No comments: 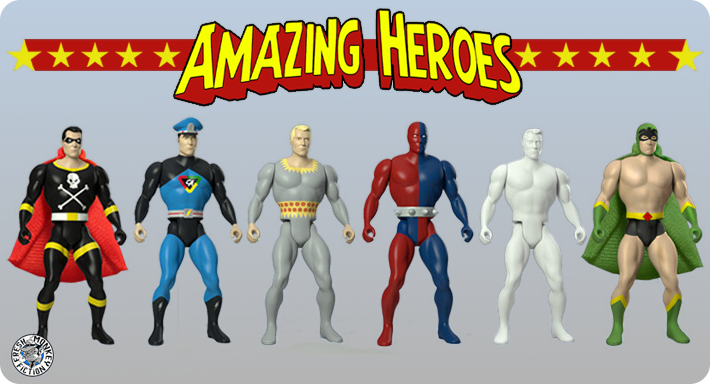 Back in March, I wrote about "Amazing Heroes" a new line of action figures being Kickstarted by Fresh Monkey Fiction.  This is a really neat looking line of Golden Age comic book heroes done in the style of 1980s Secret Wars action figures, so it's a double-whammy of retro goodness.  The Kickstarter launched a while back, and is now in it's final week.  They haven't reached their goal yet, but they are getting close, so If you haven't checked it out yet, I would encourage you to do so today.  Here's the link for their Kickstarter page:

I just bought a big box of Power Lords figures from the Four Horsemen, and I think they are great.  Until recently the Four Horsemen have been releasing fan club exclusive figures, as well as lower priced "preview" versions of these figures, and now the final carded versions are available as well.  I never joined the fan club, and now I kind of regret it, because those figures looked pretty cool.  But what about the figures that I did buy?  Read on to find out!

Read more »
Posted by Joshua Raymond at 2:41 AM No comments: