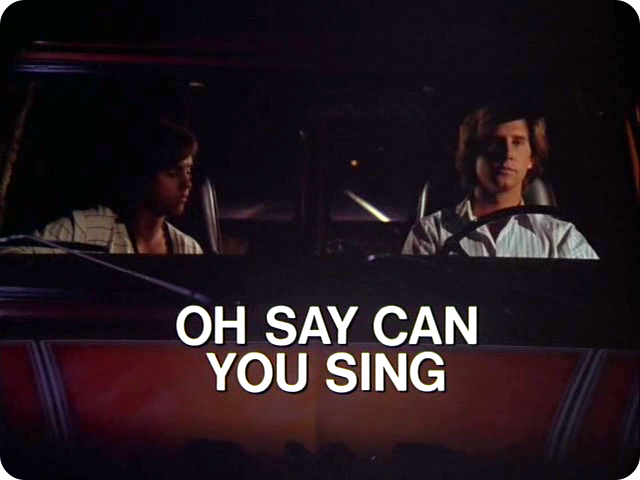 In "Oh Say Can You Sing," the Hardy Boys drive their van to Spencer Valley, U.S.A., so Joe can sit in with some band and sing a couple of songs as part of Spencer Valley's Independence Day festivities.  I'm not exactly sure where Spencer Valley is supposed to be.  I guess it's in driving distance of the Hardy's home in Bayport, but it looks like it was a long drive. 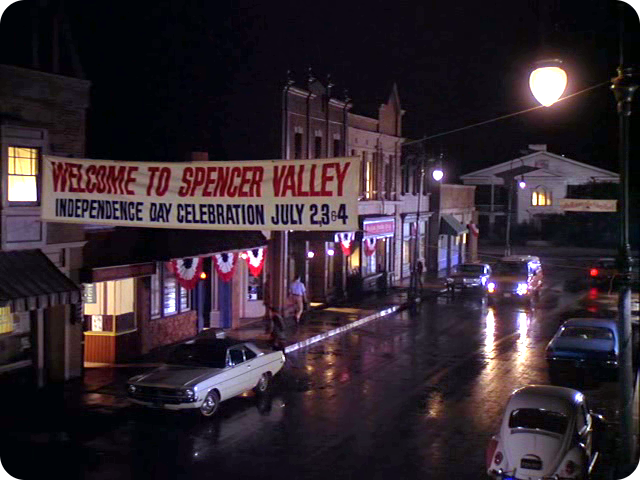 Joe Hardy seems to inexplicably famous in Spencer Valley, as the crowd goes nuts when he takes the stage.  Now this would make sense if it was happening in real life, and Shaun Cassidy was taking the stage, but I don't think his character Joe Hardy is supposed to have a legitimate music career.  As far as I know, he's just some kid who plays local gigs around his town with his friends.  So seeing the crowd get all excited for him seemed a little weird, but it was still fun to watch Joe Hardy prance around the stage.

They also made use of the recurring gag on the series, where as soon as Joe starts singing Frank ignores him and walks away to do something else.  I always get a a kick out of that.

The show had an actual mystery to solve this time around, involving drug smuggling and attempted murder, giving the boys opportunities to do some actual detective work.  I always like it when they get to be detectives, and not just get involved in some kind of random adventure. What it lacked was anything spooky or weird to help push it over the top.  Overall I'd say it was a halfway decent episode.

Kaptain Kool & The Kongs on the Brady Bunch Variety Hour

Read more »
Posted by Joshua Raymond at 5:47 PM No comments: