It Takes a Nation of Millions to Hold us Back: Glenn Beck's Favorite Records, No.4 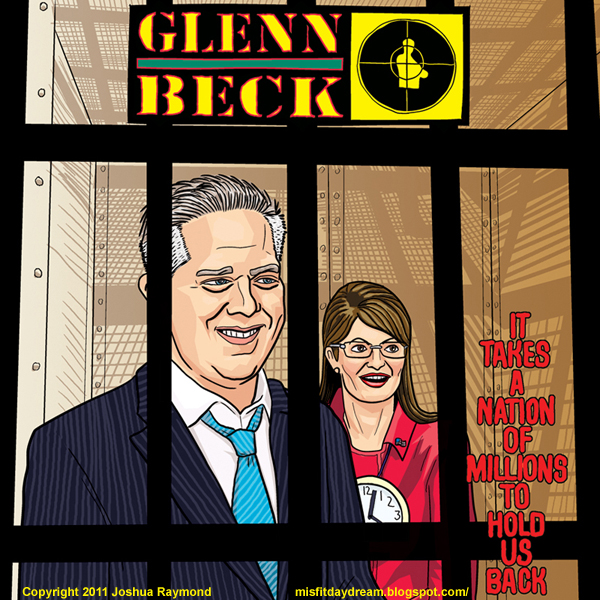 ''Tea parties believe in small government. We believe in returning to the principles of our Founding Fathers. We respect them. We revere them. Shoot me in the head before I stop talking about the Founders. Shoot me in the head if you try to change our government. I will stand against you and so will millions of others. We believe in something. You in the media and most in Washington don't. The radicals that you and Washington have co-opted and brought in wearing sheep's clothing -- change the pose. You will get the ends. You've been using them? They believe in communism. They believe and have called for a revolution. You're going to have to shoot them in the head. But warning, they may shoot you.''—Glenn Beck, Fox News, June 9, 2010
Posted by Joshua Raymond at 5:11 PM No comments: 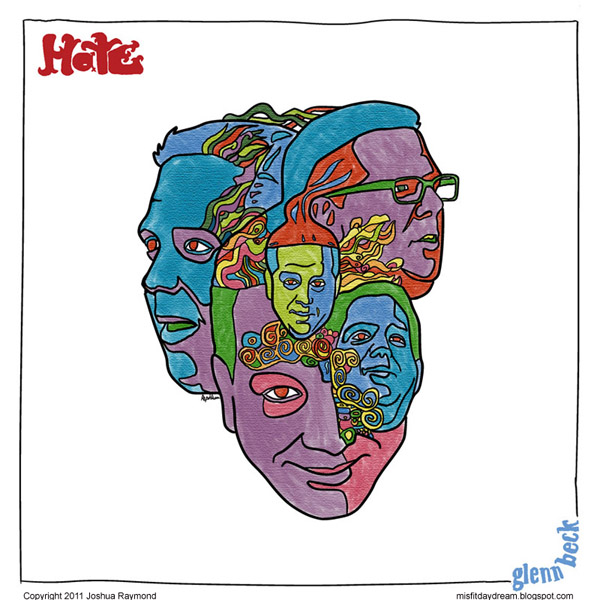 ''This president I think has exposed himself over and over again as a guy who has a deep-seated hatred for white people or the white culture....I'm not saying he doesn't like white people, I'm saying he has a problem. This guy is, I believe, a racist.''
—Glenn Beck, on President Obama, July 28, 2009
Posted by Joshua Raymond at 12:49 PM No comments: 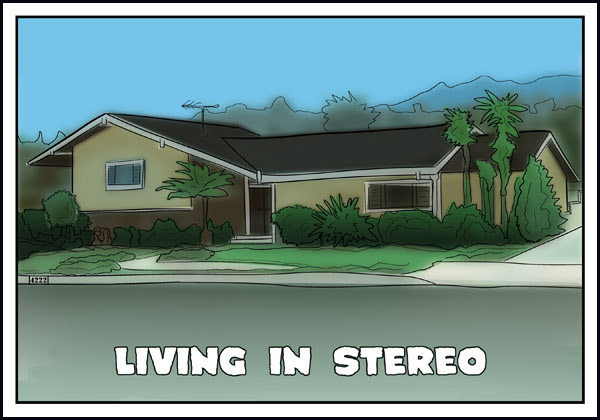 All 5 parts of my comic "Living in Stereo" are now online.  Click here to read the complete comic!

Posted by Joshua Raymond at 11:55 PM No comments: 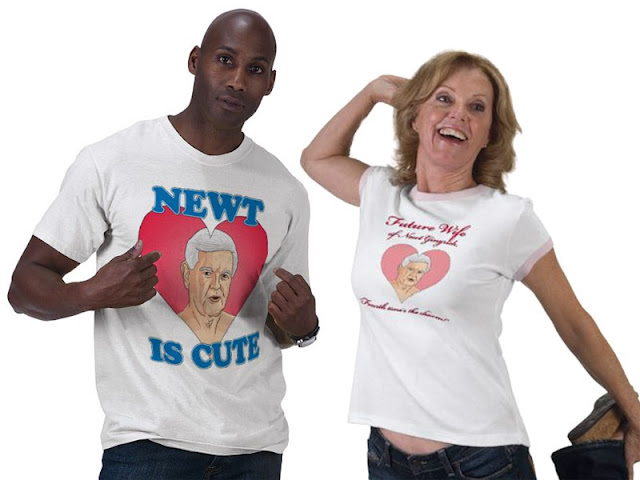 I have two new t-shirts available at Zazzle.com.  They both feature the adorable face of 2012 Republican presidential candidate Newt Gingrich.  People criticize Newt Gingrich for his multiple marriages and extra-marital affairs, but I really don't think they're being fair. It's not Newt's fault that he is so irresistible. I mean, just look at the guy...  He looks like a cross between the Stay-Puft Marshmallow Man and a Cabbage Patch Kid!  What's not to love?  For him to deny women the pleasure of his company just seems so wrong. That's why I'm voting for Newt Gingrich in 2012!

The two t-shirts designs feature a drawing of Newt Gingrich, shirtless, inside of a Valentine-style heart, and the words "Newt is Cute," and "Future Wife of Newt Gingrich.  Fourth Time's the Charm!"

Get the shirts here:
Newt is Cute
Future Wife of Newt Gingrich
Posted by Joshua Raymond at 3:04 PM No comments:

Email ThisBlogThis!Share to TwitterShare to FacebookShare to Pinterest
Labels: Politics 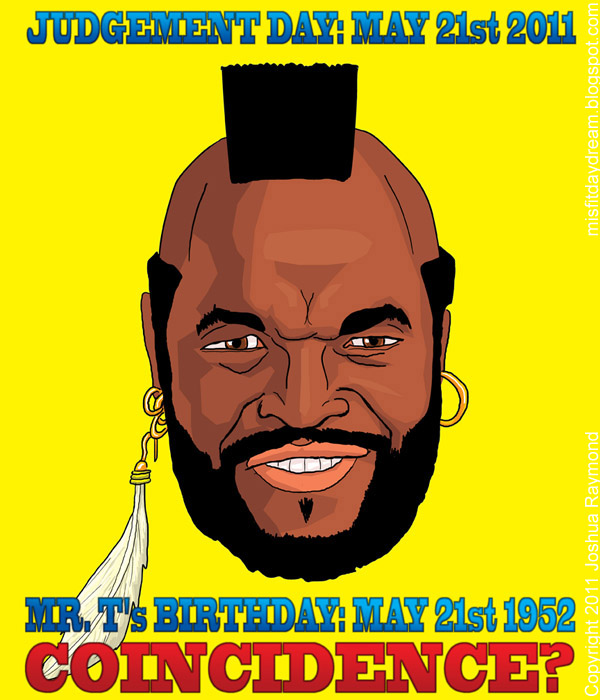 Tomorrow is Mr. T's birthday! But, since he will probably be "raptured" up to heaven tomorrow, he might want to have his birthday party tonight.

I made a t-shirt design of this on Zazzle.  I don't know if they will actually let me sell it though, since I may be infringing on the rights of Mr. T.  So if you want one, you better order one fast.  If you do order it, you'll probably get it just in time for nobody to care about this May 21st nonsense, though.  As always, my timing is impeccable. 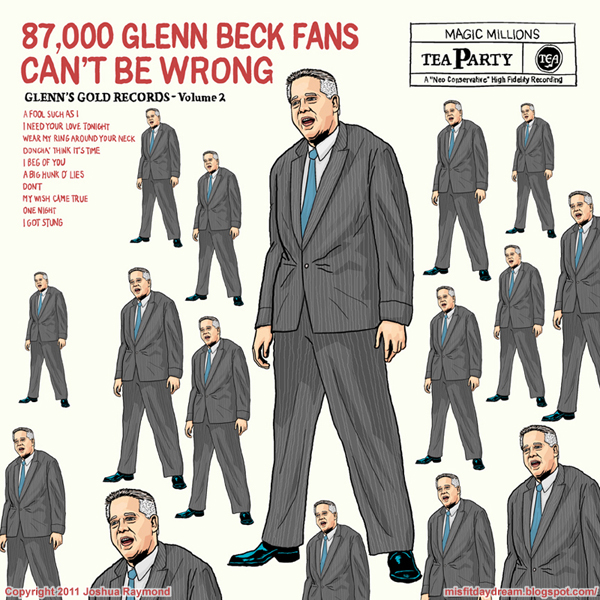 ''This is a moment, quite honestly, that I think we reclaim the civil rights movement. It has been so distorted and so turned upside down because we must repair honor and integrity first, I tell you right now. We are on the right side of history. We are on the side of individual freedoms and liberties, and damn it, we will reclaim the civil rights moment. We will take that movement, because we were the people that did it in the first place. ''
—Glenn Beck, on his march on Washington, which he held on the anniversary of Martin Luther King's ''I Have a Dream'' speech, Fox News, May 26, 2010
Posted by Joshua Raymond at 7:54 PM No comments: 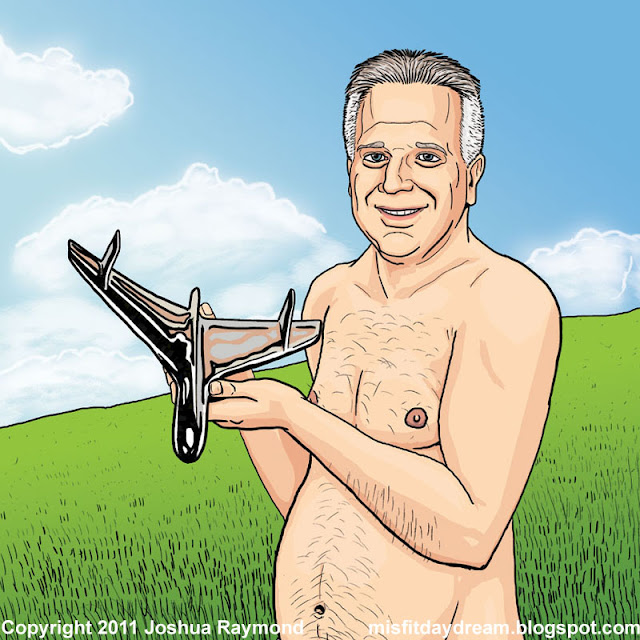 I put this image up on Zazzle.com to make t-shirts and prints of, but Zazzle pulled it down, saying "Design contains text or image that is in violation of an individual’s rights of celebrity/publicity." I choose this one first because it had no text on it, thinking that would be okay. I did "tag" it as Glenn Beck, though, so I guess that was the giveaway. I could probably put it up without mentioning him anywhere, but then no one would find it on there when they are searching for him, which is kind of the point.
Posted by Joshua Raymond at 5:49 PM No comments:

Never has a hairstyle been more Presidential

Oh boy!  Tonight's the night!  If you're like me, your very excited about the idea of Donald Trump running for President.  He hasn't officially announced he's running yet, but our wait is soon to over!  Yes, tonight, on the season finale of "The Apprentice,"  The Donald has promised to announce when he will be making an announcement!

Some people like to make fun of The Donald's hair, and say the American people will never elect a man with hair like that to be President.  But I say, that's ridiculous!  There has never been a hairstyle quite as presidential.  To prove it, I've added his hair to Presidents Lincoln, Obama, and Nixon.  And they look awesome!  If you thought these guys were great Presidents before, just look at them now!

I'm selling t-shirts of these images at Zazzle.com, if you're interested:
Nixon
Obama
Lincoln

I think these images PROVE beyond a shadow of a doubt that The Donald is a viable candidate, don't you think?

Posted by Joshua Raymond at 3:20 PM No comments:

Since the death of Osama Bin Laden, there has been a lot of debate in the media about who should get credit for it.  Most say Barack Obama, since he was president at the time.  Some say the credit goes to George W. Bush, since he started the "War on Terror" and put many of the programs in place that eventually led to Bin Laden's demise.

The truth is, both sides are wrong.

Visit my Zazzle store to buy a t-shirt or print based on this comic.
Posted by Joshua Raymond at 4:06 PM No comments:

I'm posting a comic I drew awhile back on my "18+" blog Misfit Robot Nightmare.  It's sort of a mash-up of Fast Times at Ridgemont High and the Brady Bunch.  Part one is up right now, and I will post the remaining four parts Monday through Thursday.
Posted by Joshua Raymond at 9:35 AM No comments: 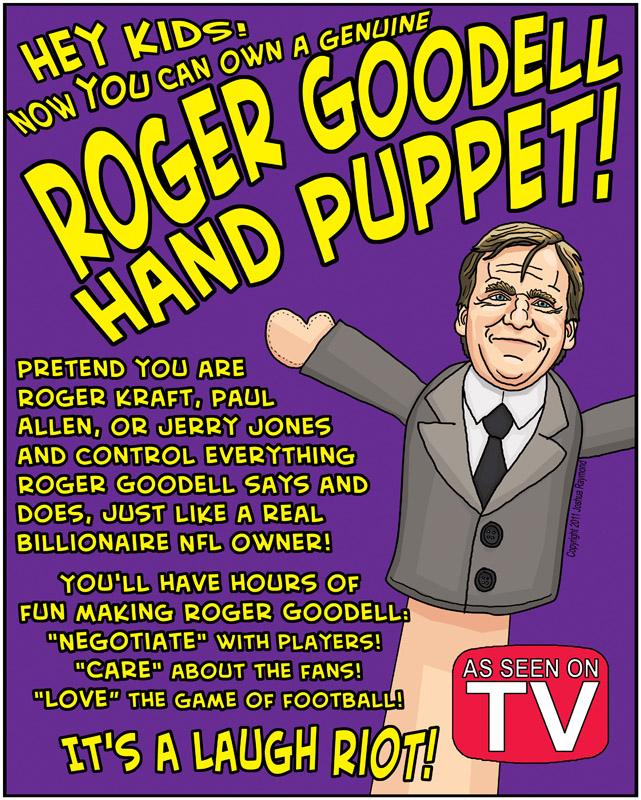 Football humor.  Not my usual thing, but I am a fan, and I am pretty frustrated with the lock-out, epsecially since it seems to motivated primarily by greed on the part of the owners.  My Dad gave me the idea for this, and I drew it up in a couple of hours.  I think it came out pretty good.

I uploaded this art to Zazzle so people can buy t-shirts or prints of it.  I have no idea if anyone would actually want that, but it only took a few minutes to do, so I figured what the heck.  If you're interested, my Zazzle store is at http://www.zazzle.com/misfitrobot .

Read more »
Posted by Joshua Raymond at 5:30 PM No comments:

So I started this blog in 2009, posted stuff for about two months, and haven't posted anything since.  I'm guessing that's about average for people who use blogspot though, am I right?  Mess around with it for a little while, get bored after the novelty wears off, and move on.

Well, now I am back, at least until I get bored again in a few weeks.  I've got some drawings and comics that I've made in the last year or so that I'll post hear for awhile.  After I post all of those, well, I guess we'll find out as I go.

What you've got to look forward to:

Glenn Beck's Favorite Records
I've drawn versions of a bunch of classic album covers, but replaced the people originally on them with Glenn Beck.

Marmaduck
A dumb parody of Marmaduke comics, except instead of a Great Dane, it's a giant duck with a Gary Coleman fetish.

Comics
Some random comics I drew

Other Stuff
Other stuff -- not sure what.

Posted by Joshua Raymond at 5:00 PM No comments: