In Silent Running, all plant life has been killed off on the planet Earth, but it's last samples of plant life have been preserved for eight years in a group of biodomes attached to space freighters in outer space, orbiting Saturn.  Bruce Dern plays Freeman Lowell, a botanist who has lived on one of the freighters and cared for the plants for the entire eight years.  He shares the ship with three other astronauts who take care of the rest of the ship, but they only serve 1 year terms before rotating out, and they don't care about the plants the way Lowell does.  One day they receive orders from Earth that their mission has been cancelled.  They are ordered to destroy the domes and return home.  The three astronauts are happy to be finally done with this project and go home, but Lowell is horrified at the thought of destroying the last remaining plants, and stages a mutiny to try and save them.

That's a pretty good premise for a science fiction film. The film itself is a mixed bag, though.  There are some things it does a good job at, most notably the model work for the space freighters and biodomes, which look pretty good for the time.  That's no surprise, because the film was directed by Douglas Trumbull, who did special effects on such films as Blade Runner, 2001: A Space Odyssey, Star Trek: The Motion Picture, and Close Encounters of the Third Kind.  But for the most part, the film's kind of a misfire.  Find out why after the break.

Email ThisBlogThis!Share to TwitterShare to FacebookShare to Pinterest
Labels: Horror in Space, Movies

Here's some photos I recently took of Super7 and Funko's Alien ReAction Figures.  If you don't know, these are recreations of toys Kenner designed in 1979, but never actually released.  In the years since, the figures have achieved something of legendary, "lost classic" status among toy collectors.  The hopes were high for Super7's version of these toys, and they really delivered.  These toys are perfect, and fit in great alongside Star Wars and other vintage 3.75" figures from the '70s and '80s.

See the rest of the photos after the break!

In all the excitement about Super 7 and Funko's retro Kenner Alien figures, as well as Funko's upcoming line of ReAction figures in the same vein, it's important to remember that they are not the only toy company making figures in this style.  Zica Toys just came out with their first wave of Six Million Dollar Man action figures, which are heavily inspired by the 1970s Kenner aesthetic, while also having some fun modern touches as well.  Read my review and see all of my pictures after the break! 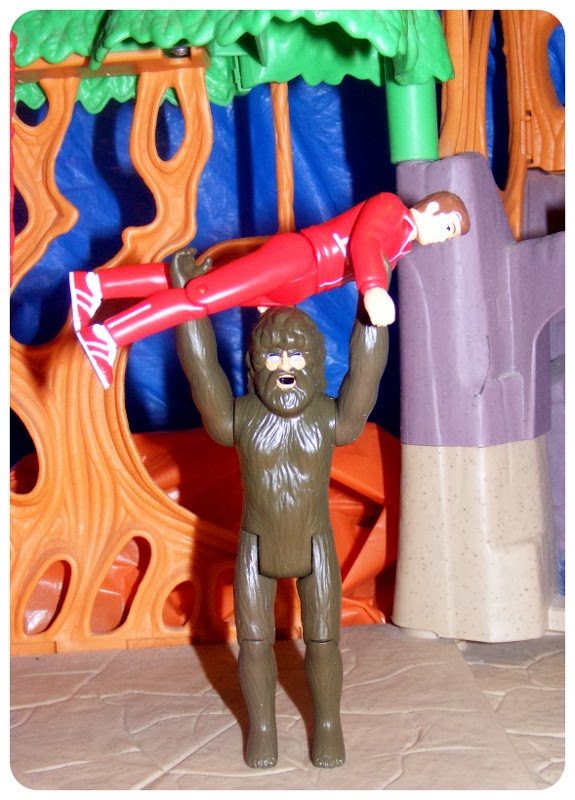