In the classic 1940s film noir "Laura," a detective investigates the murder of a woman and finds himself becoming obsessed with and falling in love with her after she is dead.  "Death Surf" is The Hardy Boys version of that, with Frank hardy becoming obsessed with a dead girl that he failed to save from drowning while on a trip to Hawaii.  Except instead of Vincent Price in a supporting role, we've got a chubby dude from Texas in a Hawaiian shirt named "Hubba."

The "Laura" in this version is Maren Jensen (Athena from Battlestar Galactica fame) as Maryann Dalton (aka Teri Turner), a champion swimmer who has run away from home for a new life as a singer/songwriter in Hawaii.   There is a bit of a missed oppurtunity here to have Shaun Cassidy sing a duet with Maren Jensen... basically anytime there are musical numbers on this show and Joe Hardy isn't performing in them, I get frustrated.  Even though they are usually super cheesy, that's part of the fun.

One weird thing in this episode is underage Joe Hardy is getting constantly hit on by an adult woman bartender who is into teenage boys, and it's meant to be funny, not creepy.  Joe even ends up dating her at the end of the episode.  Times sure have changed since the 1970s.

Also be on the lookout for the hotel the Boys are staying in, as it's the same one seen in "Acapulco Skies" and "The Mystery of the Hollywood Phantom."

Read more »
Posted by Joshua Raymond at 2:21 AM No comments:

The Hardy Boys/Nancy Drew Mysteries - "Mystery on the Avalanche Express"

Snow skiing!  Avalanches!  Trains!  Nancy Drew!  Spies!  Hardy Boys!  Other stuff!  And... More!  In "Mystery on the Avalanche Express!" The plot is some nonsense about a group of international snow skiers getting caught up with smuggled coins and communist defectors aboard a train crossing Europe to Austria.  Nancy drew gets mixed up in it when a girl switches bags with her, and then the Hardy Boys have to come to the rescue, or something.

In an odd bit of "stunt casting" this episode had lots of weird guest stars who kind of blended together into a musty stew of old white guys with bad hair and ugly suits, but were all played by "teen idols" from the 1940s, '50s, and '60s.  Perhaps this gave stars Parker Stevenson and Shaun Cassidy a frightening glimpse of what the future held for them. The guest stars included 77 Sunset strip star Edd "Kookie" Byrnes, Bing Crosby's son Gary Crosby, teen idol actor Troy Donahue, and pop singers Vic Damone, Fabian and Tommy Sands.


Alice from "The Brady Bunch" was released by Mego as part of their first wave of new action figures in September 2018.  It's currently available on Target.com and in many Target retail locations. Target's assortment of Mego figures varies quite a bit from store to store, but Alice doesn't seem to be selling out and still looks to be pretty widely available.  I guess there isn't a big demand for Brady Bunch action figures in 2018.  Yeah, it's a goofy show, but I watched so many episodes of it when I was a kid that I think it might be imprinted on my DNA.  So even if no one else wants Alice, I do, gosh darn it.

So this figure, like all of the Mego figures, is more of a doll than an action figure, by modern standards.  But by the standards of the 1970s, when Mego was king, this was what action figures were all about.  Back in the day, "action figures" were created as a way for toy companies to replicate the success of the girls' Barbie dolls with boys.  It began with G.I. Joe, which was basically a Ken doll in military drag, and continued with other cloth outfit figures like The Six Million Dollar Man, Big Jim, and Pulsar: The Ultimate Man of Adventure!  But topping them all in the 1970s was Mego!  Mego made figures from Star Trek, Planet of the Apes, DC Comics, Marvel Comics, and more.  Smaller plastic figures, like Kenner's Star Wars figures, eventually came to dominate this category in the late 1970s and early 1980s, but if you were a boy in the early to mid '70s, Mego was where it was at.

Alice here has 14 points of articulation, and her legs and arms are held in place by elastic bands, just like the original figures from the 1970s.  Yeah, those elastic bands aren't as nice as modern day action figures ball joints, and as a result, even with 14 points of articulation, the figure doesn't really have as good of a range of movement as a modern figures... but it does have 40 years of kid-tested playability behind it, so there's that.  Yeah, that's the ticket!  Personally, I love these things, because I played with figures like this when I was a little kid, like 3-5 years old, and I still have vivid memories of my Mego Spider-Man and Batman figures, so any time I pick one of these up, it puts a smile on my face.  Would modern day kids like these things?  Who knows.  Maybe.  I mean they aren't that different from modern toy lines like Monster High or DC Super Hero Girls, right?  And of course Barbie is still going strong.  But those are all girls toys... would boys be into these?  Well probably not Alice, but, like, Dracula or something?  I'm guessing probably not, but who knows.  I suppose these are really aimed at grown folks like me who had the original Megos as a kid, anyway.

So yeah, um, here's some pictures of Alice... inspired by "Alice in Wonderland" and the Jefferson Airplane song "White Rabbit," because those also have someone named "Alice," even though it's a completely different Alice!  Or is she?  Seriously, did you ever notice that Alice from "Alice in Wonderland" and Alice from "The Brady Bunch" wear almost identical blue dresses with white aprons?  Seriously, maybe they are the same person!  Like, Alice from Wonderland grew up and became the maid to the Bradys!  Stranger things have happened.

Posted by Joshua Raymond at 2:40 PM No comments: 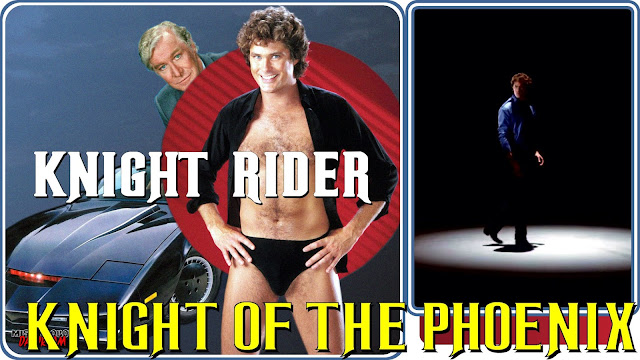 Read more »
Posted by Joshua Raymond at 10:45 AM No comments:

After 35 years, Mego is back, and they are making new figures for one of their all-time classic figure lines: Star Trek!  This action figure two-pack is part of Wave 1 of the new Mego figures, and features the "Mirror Universe" version of Captain Kirk and Mr. Spock.


The figures come packed in a triangular window box with a diorama background of the transporter room of the ISS Enterprise (the Mirror Universe version of the USS Enterprise).  Both Kirk and Spock come equipped with a dagger, a phaser, and a communicator.


This is basically an updated version of the Mirror Universe Kirk and Spock figures released by Diamond Select and Emce Toys in 2012.  There are two main differences.  The new Mego figures have faces that are molded in flesh colored plastic, whereas the DST/Emce versions had their skin painted on their faces.  These newer versions look a little nicer as a result, and match up better with the other Star Trek figures from the 1970s and 2000s which also were molded in flesh colored plastic.  One slight downgrade however, is that Spock's beard is just painted on with the new version, but on the 2012 version it was actually sculpted.  I think the faces being molded the correct color is a nice enough upgrade that I prefer these new versions to the old ones.

These figures were released in September 2018 as part of Mego's exclusive distribution deal with Target stores.  They are available now in Target retail stores, and at Target.com.  Wave 1 also featured new Star Trek figures of Chekov and Sulu.  Wave 2 from October had Mr. Spock and The Gorn.  And Wave 3, which should be hitting stores right now, has another "Mirror Universe" two-pack with Sulu and Uhura, plus the Romulan Commander, and a new "Green Shirt" version of Captain Kirk.  So if you are a fan Star Trek Mego figures, this is a really great time, with rereleases of classic figures, as well as all new figures.

Posted by Joshua Raymond at 9:38 AM No comments:


It's Halloween, and Ponch and Jon are on patrol in the suburbs, looking to keep the trick-or-treating kiddies safe on the streets.  During the night the duo hunt down a liquor store robbing ghost, search for a runaway boy, nab a candy-snatcher, and explore a haunted house.  Kind of amusing, but maybe somewhat less "action-packed" than a typical episode of CHiPs, but it could be fun to watch if you need a dose of 1970s Halloween nostalgia.