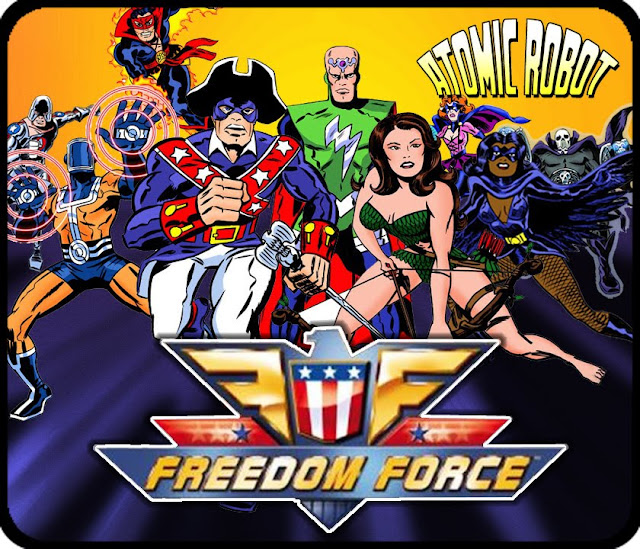 Two of my favorite video games of all time are Freedom Force (2002), and it's sequel, Freedom Force Versus the Third Reich (2005). Both games were created by System Shock 2 developers Irrational Games. Irrational was later purchased by Take-Two Interactive, and went on to fame as the creators of Bioshock. 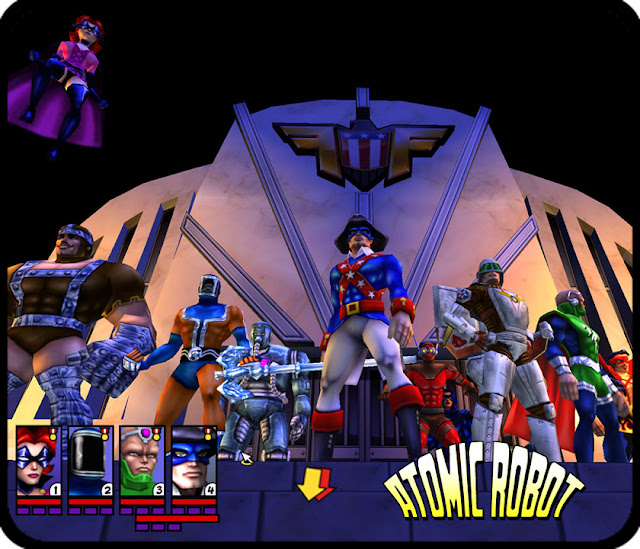 If you don't have Freedom Force or Freedom Force Versus the Third Reich yet, you should go out and buy copies right away! Seriously, you can download both titles from Steam for $7.49! I've seen physical copies of both titles on sale for less ten bucks. They're really good games, too, with a devoted fan following and lots of free community made mods, skins, and stuff you can play with after you finish the main campaigns. The gameplay itself is kind of hard to describe, it's sort of tactical, real-time strategy comic-book superhero action with RPG elements. The best part of the is you get to design your own superhero character, complete with all the powers, abillities, and weaknesses that superheroes have in the comics. You can use it to recreate your favorite characters or create all-new ones. Trust me, these games are fun, they're some of my all time favorites! 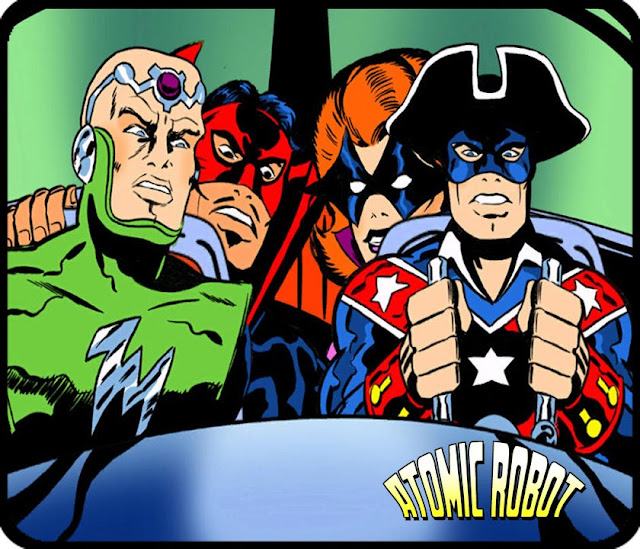 Freedom Force takes place in the comic book "Silver Age" of the 1960's and is heavily influenced by the comics of Jack Kirby. Freedom Force Versus the Third Reich sees our heroes travel back in time to the "Golden Age" of comic books to fight Nazis in World War Two. Both games do a really amazing job of capturing the look and feel of classic comic books.
- Your Pal,
Atomic Robot 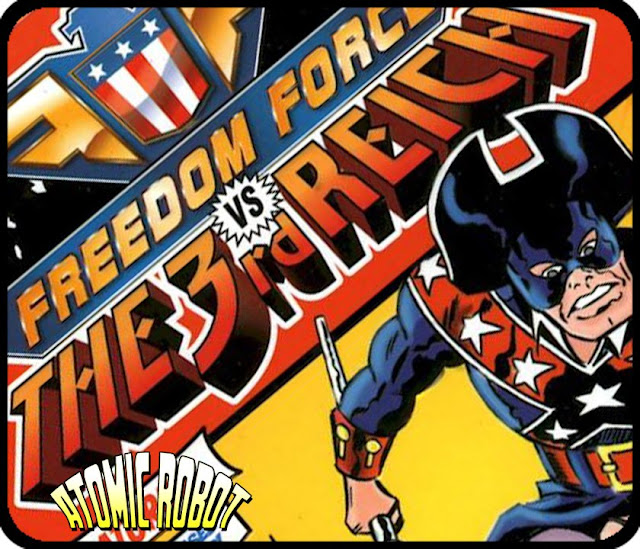 Freedom Force Vs. The Third Reich - Buy From Amazon
Posted by Joshua Raymond at 11:42 AM