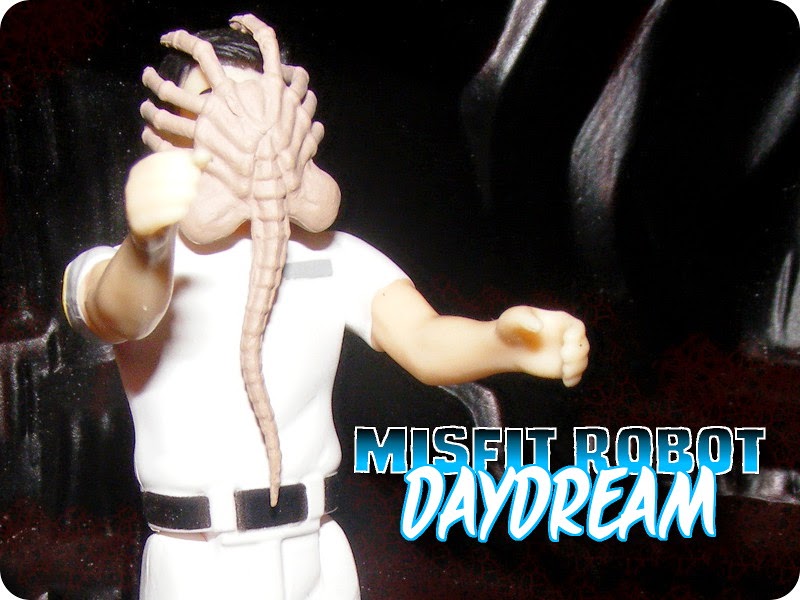 Today I have a few photos of the Kane with Facehugger figure from the second wave of Funko and Super 7's Alien Reaction line.  This Kane figure (along with his partner Kane with Chestburster) is the first figure from the Alien ReAction line that is not based on a vintage Kenner prototype.  There are aspects of this figure that I don't like, and other things that I do.  I find his face sculpt to be overly bland and generic.  While it blends in fine with the face sculpts from other ReAction lines, I don't think it fits in very well with the other Alien figures, who all have more detailed faces.   I find his all white outfit to be overly bland as well.   It would have been nice if the had gone maybe with some off white or very light gray for some of his outfit, just to provide some visual variety.  As it is, it looks unfinished.  The facehugger, on the other hand, is fantastic.  It pops on and off of his head easily, and it looks really creepy and cool.
So, overall I'm a fan of the figure, even if I have a few complaints.  Below the break I have a few photos of the figure so you can judge it for yourself. 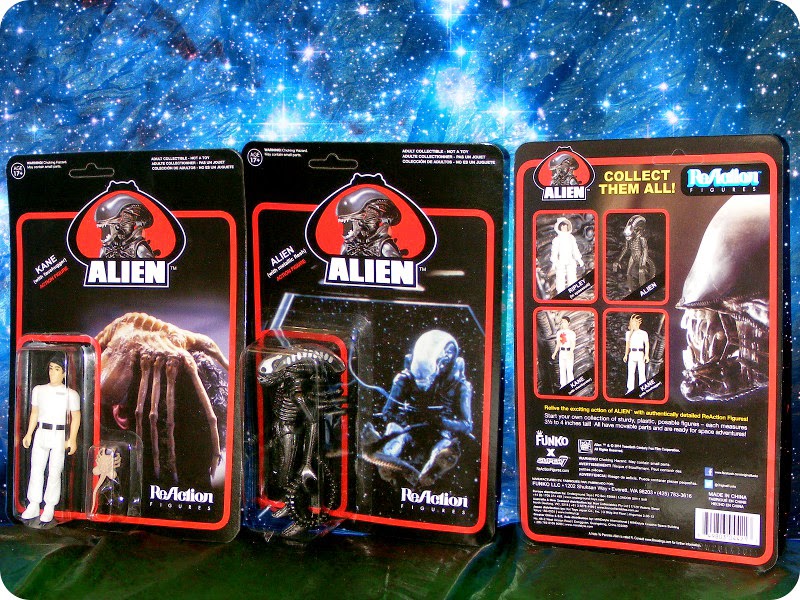 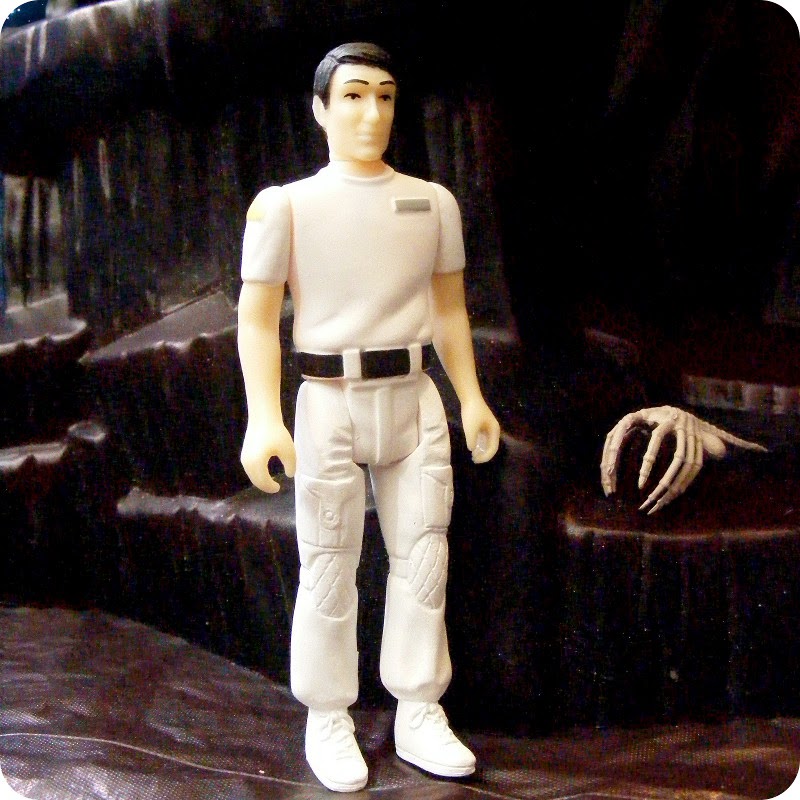 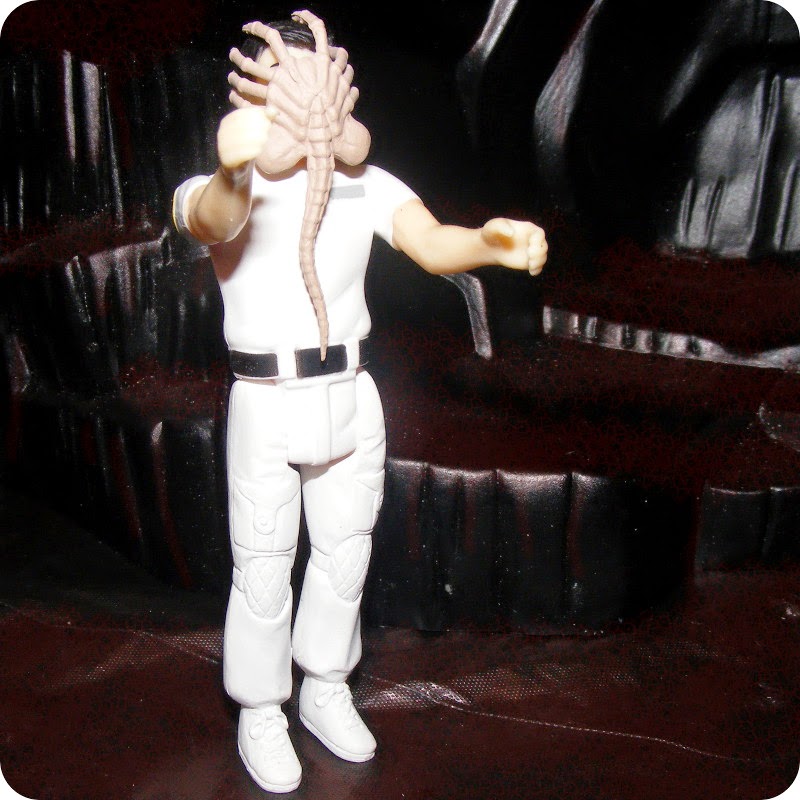 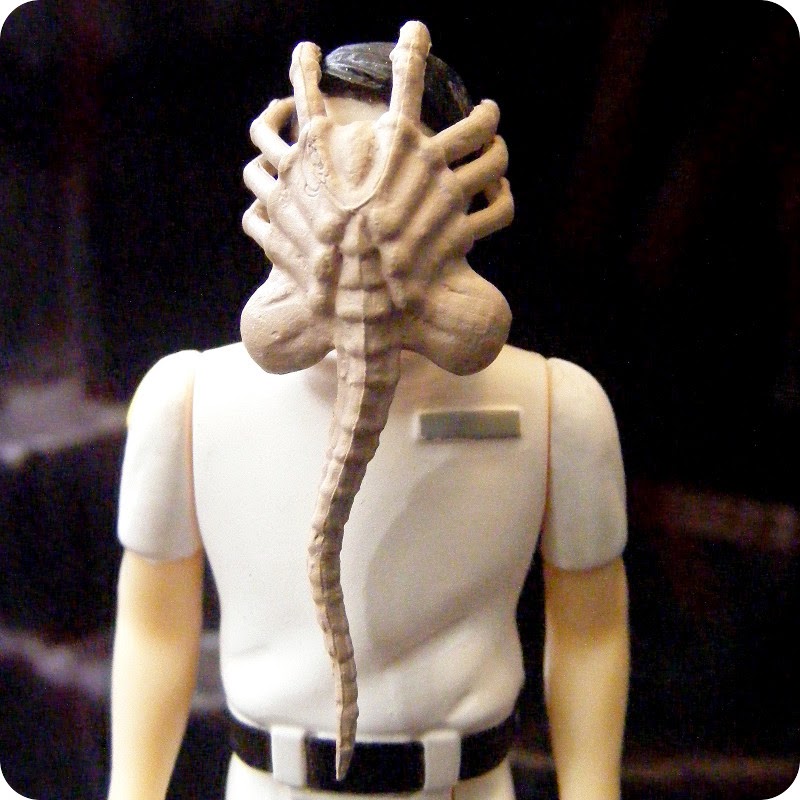 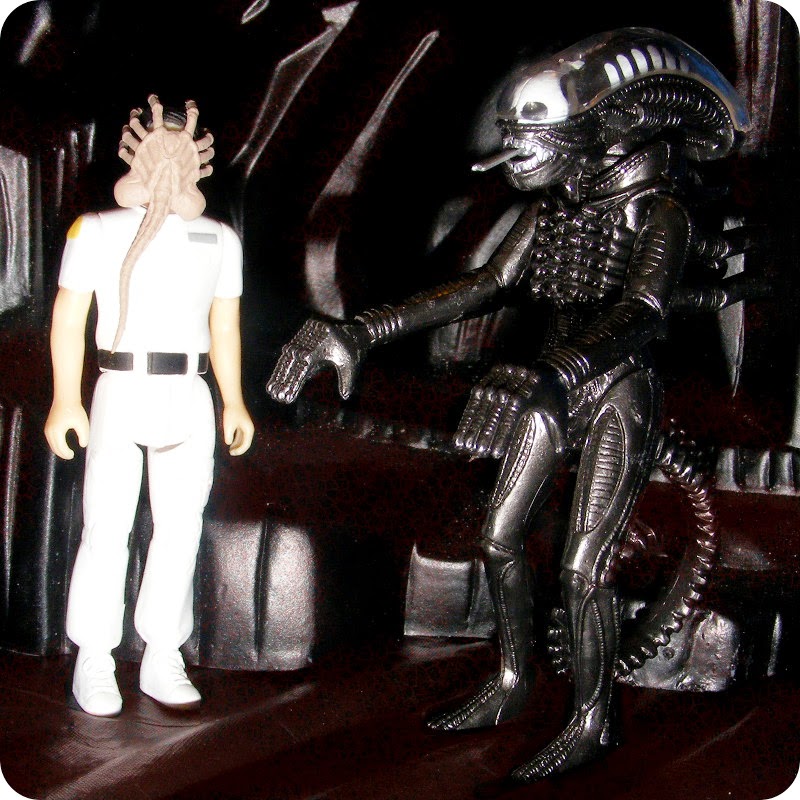 Posted by Joshua Raymond at 6:27 AM