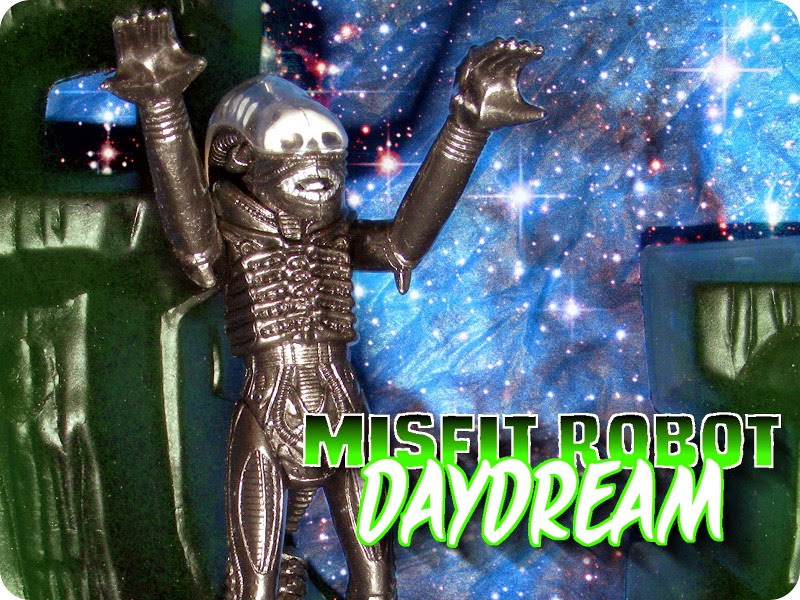 Happy New Year, everybody!  For my first post of 2015, I'm taking a look at the Funko ReAction "Alien With Metallic Flesh" action figure, part of the second wave of ReAction figures based on the 1979 movie "Alien."  This figure is basically the same Alien figure that launched the ReAction line two years ago (check out my review of the original figures here), but cast in a different color and with different paint apps.  This new figure is based on the look of the old 18 inch Kenner Alien figures from 1979, and it's really cool looking.  It's cast in a sort of pearlescent black or dark gray that captures the light really well, and it looks great in person.  This color really makes the details in the sculpt pop!  I also think the skull-like paint around the eyes and the silver teeth look really good as well.  This color scheme may be less movie-accurate, but it makes for a great looking action figure.

Check out a few more photos after the break, and keep an eye on this blog during the next couple of weeks, as I'll be looking at the other wave 2 Alien figures as well.