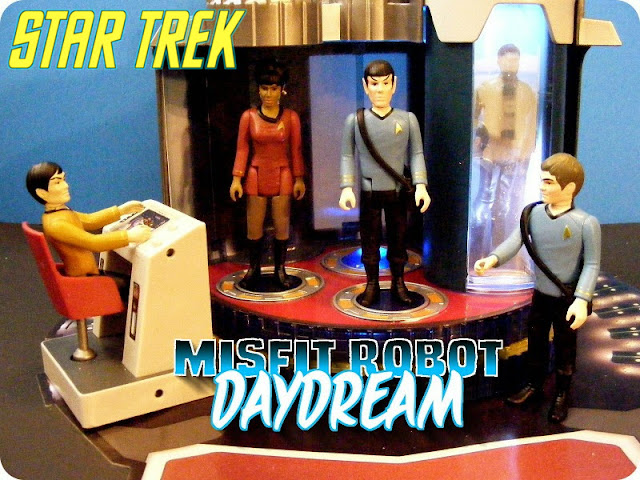 Hey kids, I haven't been blogging much lately, but I've still been buying lots of new and vintage toys, and my pile of stuff to photograph and write about is piling up!  So I think it's time to get back in the swing of things.  I've been buying a lot of Classic Star Trek toys lately, so look for some posts on Mego Star Trek toys from the 1970s and Playmates toys from the 1990s coming soon.  But first, I'll be looking at the first four Star Trek ReAction figures from Funko that came out a few weeks ago.  Photos and wordstuffs after the break!


First off, the figures all come on great looking retro ReAction cards.  Each card features the Star Trek logo, the Enterprise flying through a space with it's phasers firing, and a portrait of the actor the figure is based on inside of a Starfleet insignia.  Each comes with one action figure and one accessory.  Sulu comes with a phaser and Uhura comes with a communicator.  Spock and McCoy both come with a sweet man-purse, because defying predetermined gender roles was one of the many reasons that Star Trek was such a progressive show in the 1960s! 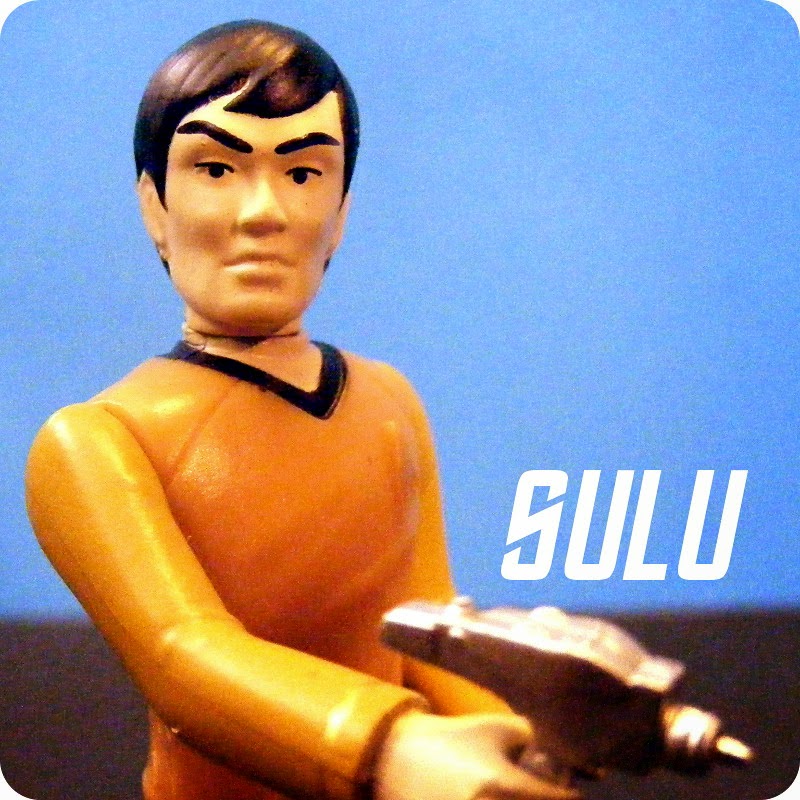 The figures have the same classic Kennner style 5 points of articulation that most ReAction figures do.  They are aslo very nicely painted, with only some really minor flaws that can be seen in close-up photographs, but looking great to the naked eye. 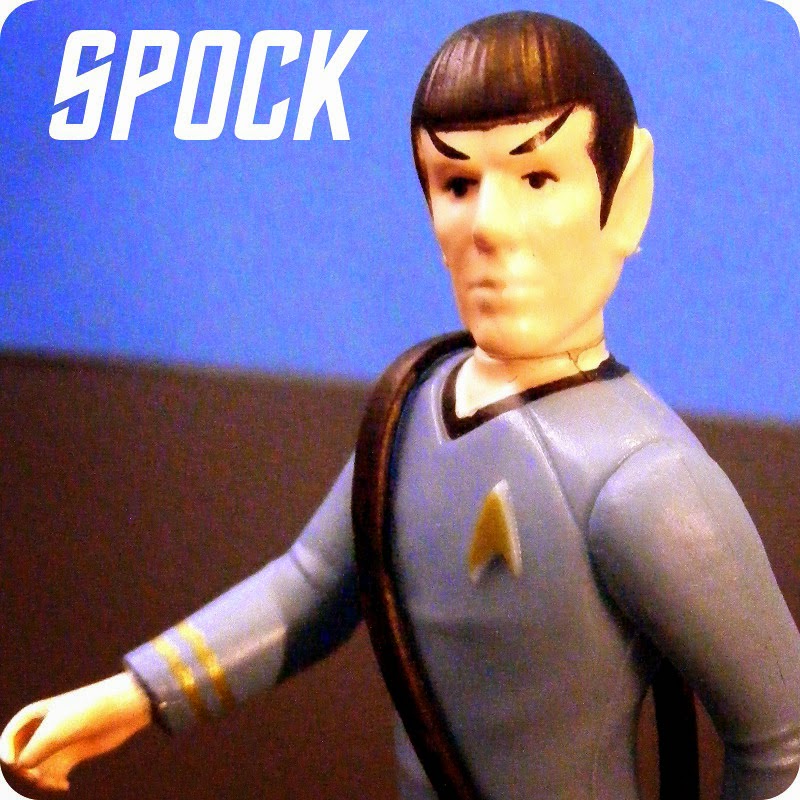 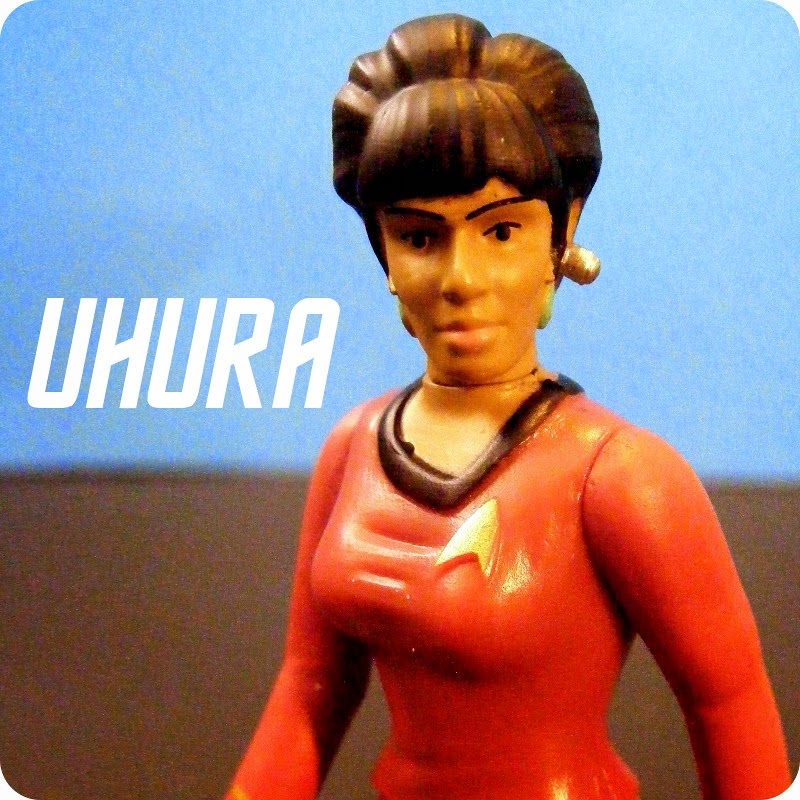 The head sculpts are actually very nicely done, with a lot more detail than we usually see from the ReAction figures.  The heads all seem kind of oversized, especially when you pair them up with vintage Star Wars or other comparable action figures.  But let's look at the positive side and say that a big head just makes it easier to admire those nice sculpts!  While the sculpts are nice, they don't always resemble the actors as much as I'd like.  Sulu is pretty much perfect, I think.  They really nailed George Takei.  The other figures are a little hit or miss, though, and kind of only look right from certain angles. 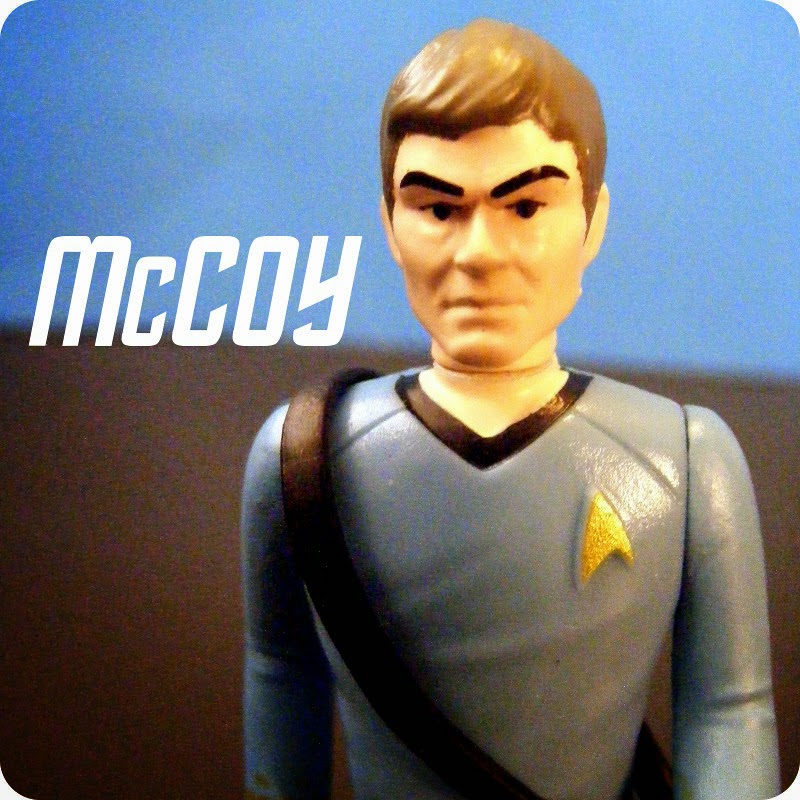 The bodies are a little odd as well.  They seem slightly out of proportion.  All of the male figures torsos seem kind of elongated and wedge shaped, kind of like the designs from Bruce Timm's Justice League cartoons.  And the fact that they are topped off with oversized heads just makes it more noticeable.  Still, I think the figures look pretty good when they are posed with each other.  The odd stylization helps them all match and kinds of pulls them together.  It just looks off when you put them side by side with other figures. 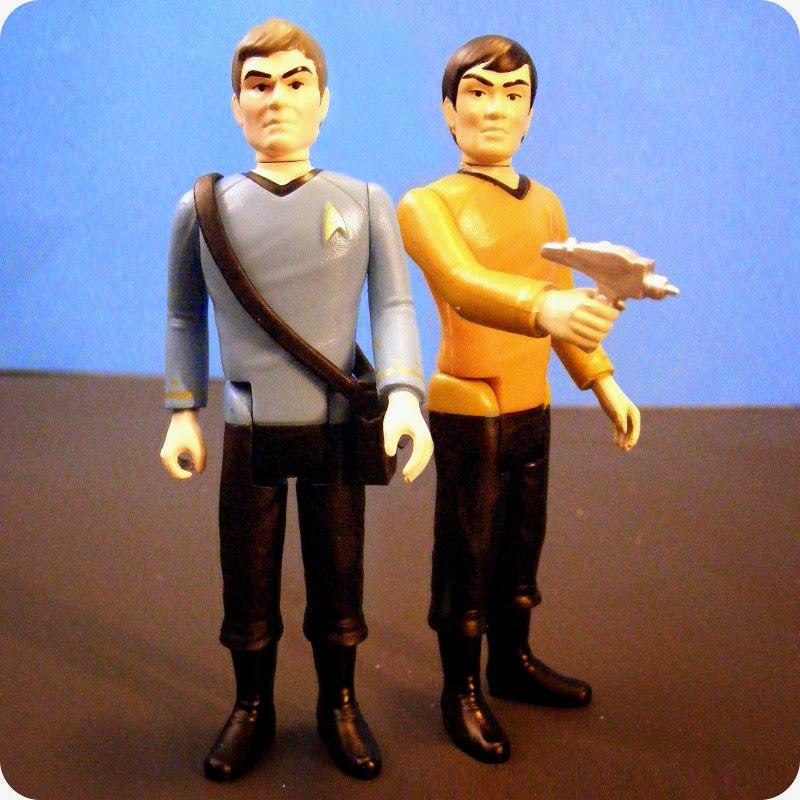 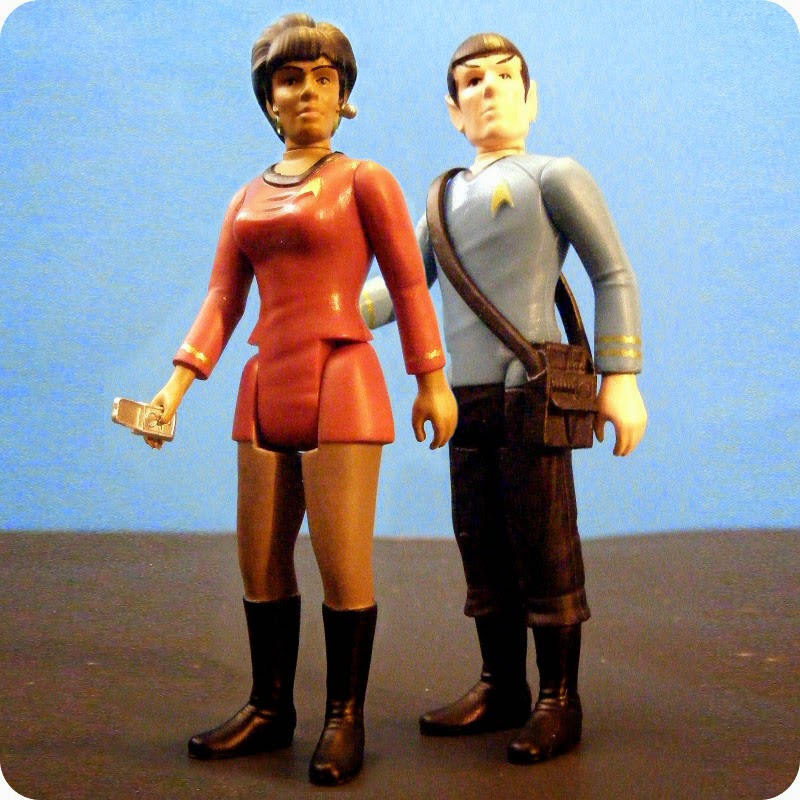 I think the 1979 Mego Star Trek: The Motion Picture 3 3/4" figures are still the most nicely sculpted Star Trek figures in this scale.  Unfortunately those only came in the drab gray and white uniforms from the movie.  The Playmates figures from the 1990s are also well sculpted and come in the classic colorful uniforms, but they are 5 inches tall.  So if you want Classic Star Trek TV figures in the classic 3 3/4" retro style, these new figures from Funko are pretty much you're only choice.  But ultimately I'm okay with that, because despite some flaws I see with these figures, I still like them overall.  I'm looking forward to Wave 2 in July, with the Gorn, Vina, Captain Kirk, and Scotty.  They haven't announced any more waves beyond that, but hopefully they will sell well and we'll see even more. 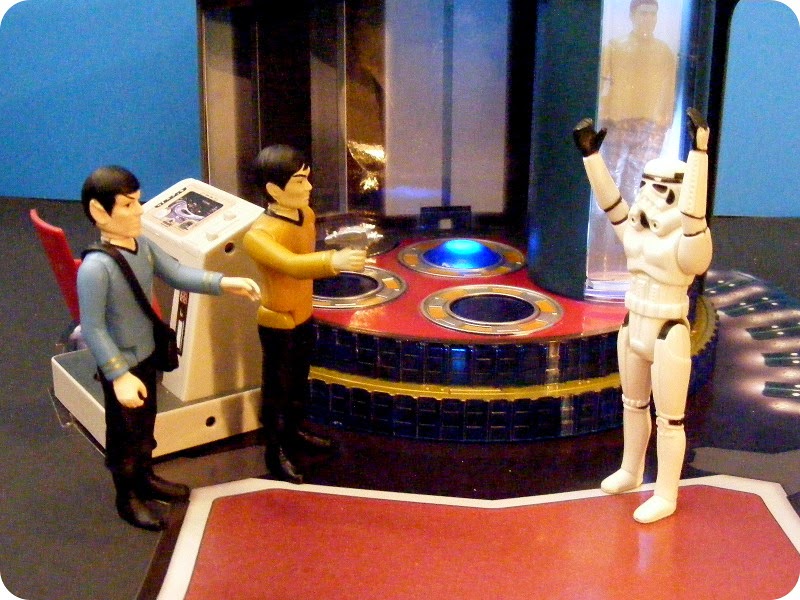 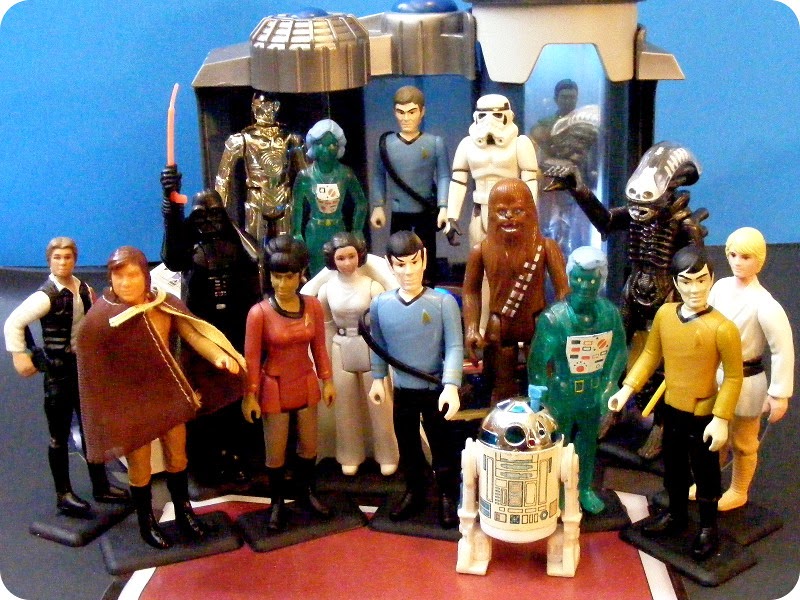 Posted by Joshua Raymond at 1:29 PM