In 1974, Mego launched a line of of Star Trek action figures.  The first wave consisted of five members of the Enterprise crew (Kirk, Spock, Scottie, Bones, and Uhura) and a generic Klingon who looked to be based on Captain Koloth from "The Trouble With Tribbles."  The figures were all pretty straight forward and looked to be modeled more or less accurately from either Star Trek the Original Series, or Star Trek the Animated Series.  For the next two waves in 1975 and '76 the name of the line was changed from "Star Trek" to "Star Trek Aliens" and that's when things got a little weird.  The figures went from being closely based on the designs from the TV series to more like loosely inspired by the series.  On no figure is that more true than on the Neptunian, which does not appear to be based on anything that ever actually appeared on Star Trek.  In fact, it looks more like some kind of mutated version of Mego's Green Goblin figure from it's World's Greatest Super Heroes line.  But it's that weirdness that makes the figure so great!  Let's check it out after the break... 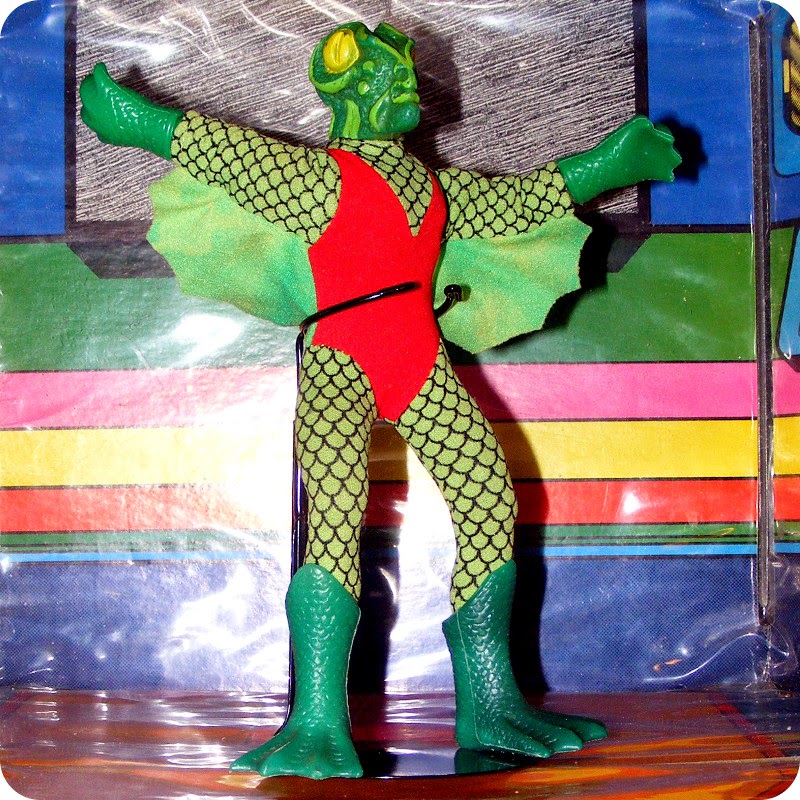 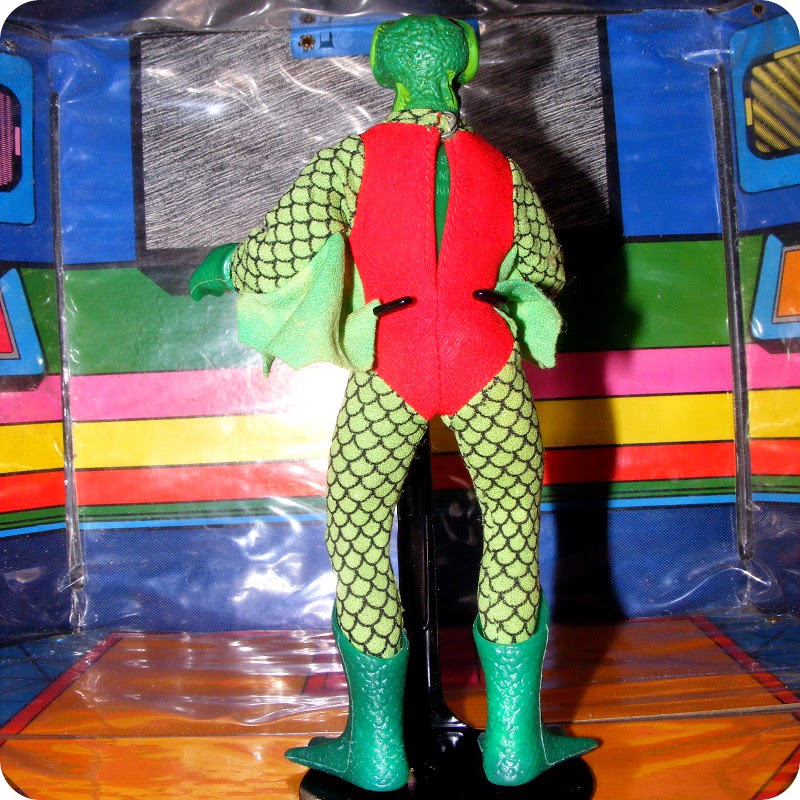 The Neptunian is built on a Mego Type 2 body, but cast in green instead of the standard flesh color.  Which is a pretty nice touch when you consider it is covered in gloves, boots, and a bodysuit, so it's flesh isn't actually exposed.  The bodysuit is very similar to the one the Green Goblin wore, and my initial thought on seeing him for the first time was that Mego was being cheap, and trying to use the same outfit for two different figures.  But it turns out it's not the same.  It has identical green scales, but the tunic is a different design and color.  The bodysuit has a pair of green "wings" (or maybe they're supposed to be flippers) attached between it's sides and it's arms.  The fabric used for the wings was originally green, but tends to fade to yellow over time. 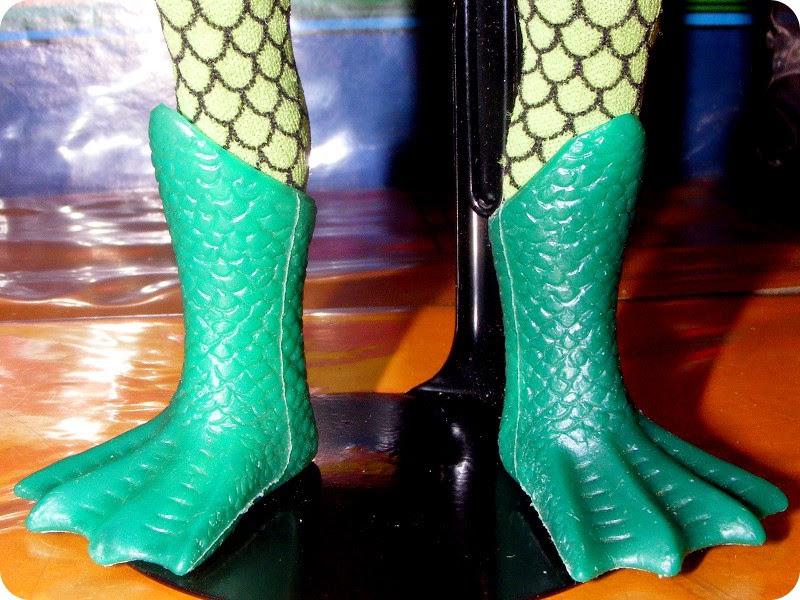 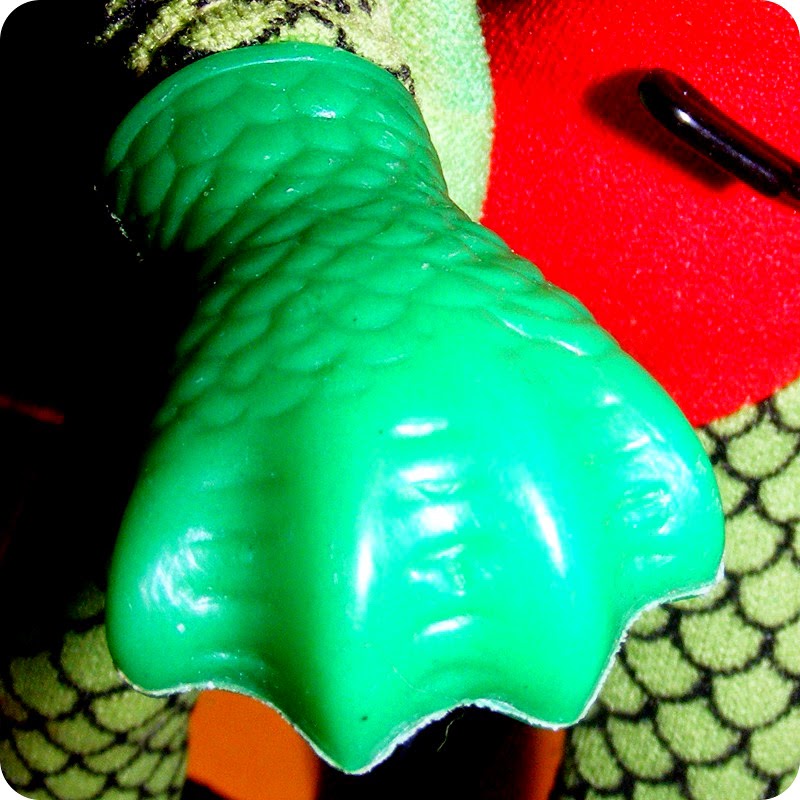 The figure has scaled amphibious looking boots and gloves, although I don't think they're supposed to be gloves, but rather representations of it's actual alien hands and feet. I imagine the scales on the bodysuit are supposed to represent the creature's skin as well, and not it's clothing. 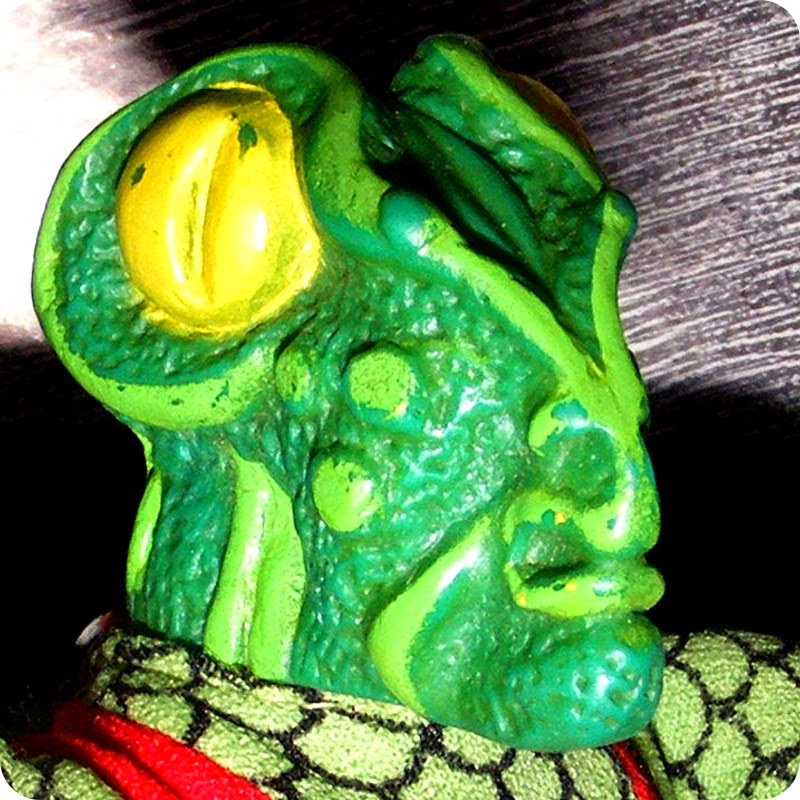 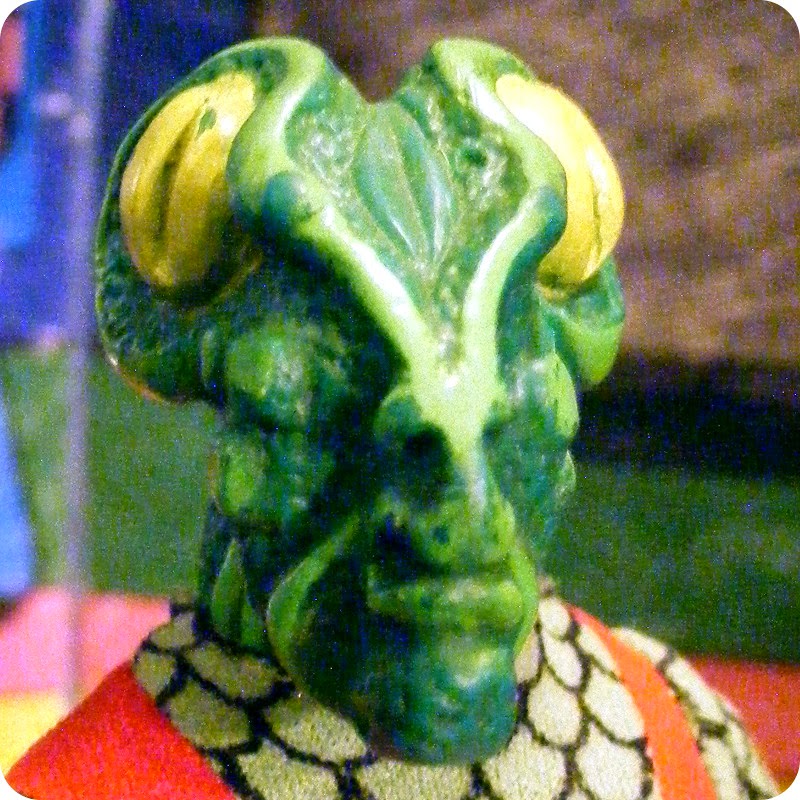 The Neptunian has a very strange looking head.  It sort of looks like a cross between a frog and a horse.  It definitely fits the bill for "alien." 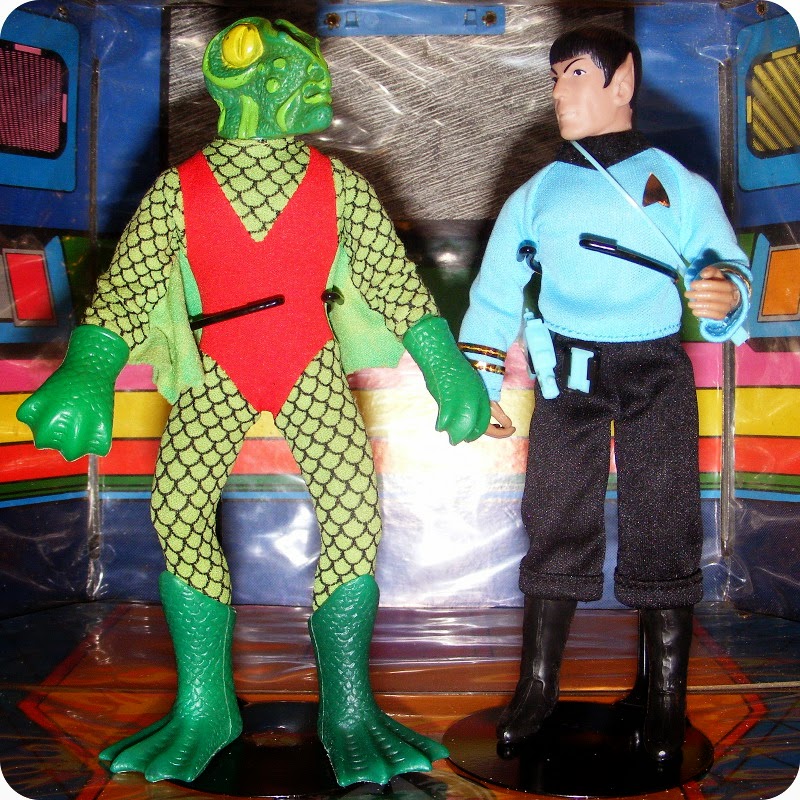 The overall strangeness of the Neptunian makes it one of my favorite classic Mego figures.  What do you think?

Posted by Joshua Raymond at 1:44 PM