The-One-True-Batman is back!  Adam West is returning as Batman in a new animated feature Batman: Return of the Caped Crusdaers.  West will be joined by Burt Ward as Robin and Julie Newmar as the Catwoman, with as yet unnannounced actors playing Joker, Riddler, and Penguin.  Adam West and Burt Ward first mentioned this over a year ago at a comic convention, but I hadn't heard anything about it since, and I was starting to give up hope that it was real.  But it is real!

The movie will be released on Digital HD on Oct. 11 and on Blu-Ray on Nov. 1.  For more info, including the first trailer, check out the full post at Entertainment Weekly:
http://www.ew.com/article/2016/08/17/batman-adam-west-burt-ward-julie-newmar-animated 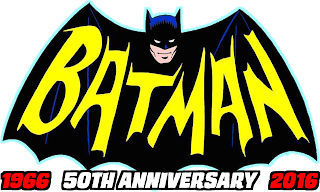