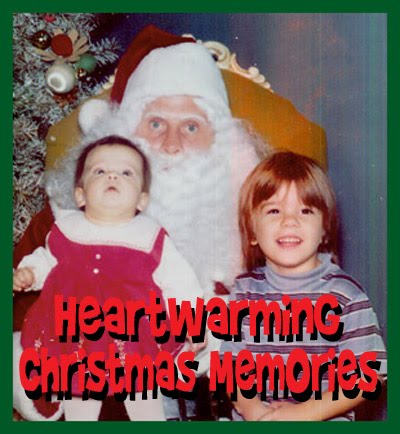 My sister and I sitting on Santa's lap when I was 3 years old.
One of my favorite things to do when I was a boy was draw pictures of Santa Claus and Christmas.  I would usually doodle these in school on the margins of my homework, or when I was supposed to be taking notes.  I guess it was hard to concentrate on schoolwork while visions of sugar plums and what not danced through my head.  I thought it would be nice to share some of my Christmas doodles with the rest of the world.
The first pic was drawn when I was 12 years old: 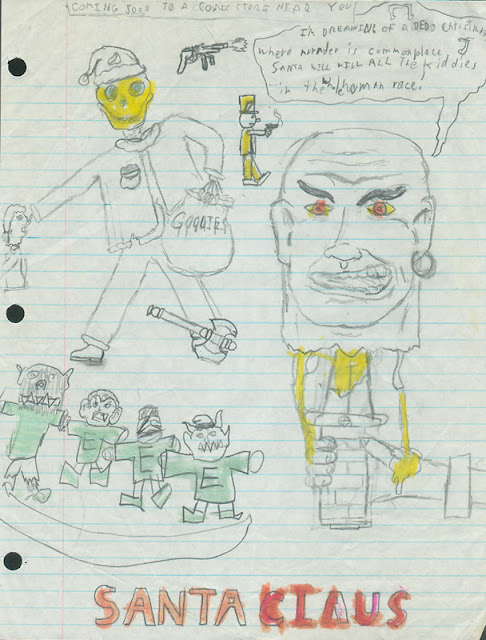 "Santa Kills." 1983
This picture is chock full of the elements children associate with Christmas.  There's a decapitated head impaled on a knife, a skeleton Santa Claus, monster elves, guns, and more.  And who can ever forgot that timeless Christmas carol:  "I'm dreaming of a dead Christmas, where murder is commonplace.  Santa will kill all the kiddies, in the whole human race."  Brings a tear to my eye. 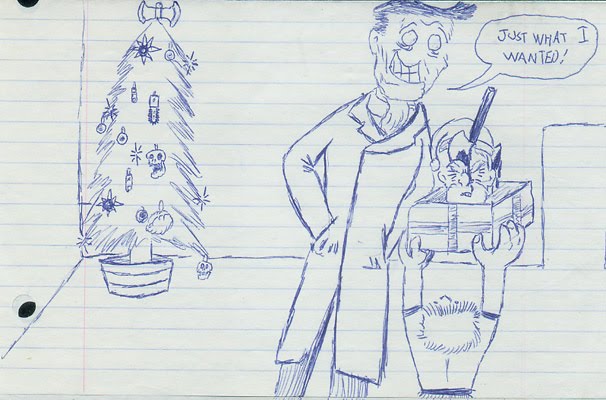 "Just What I Wanted." 1985
At the age of 14, I drew this picture of a young boy giving the gift of Santa's head with an axe embedded in it to an ascot wearing Ronald Reagan.  Note the festive tree in the background, decorated with eyeballs, brains, chainsaws, and human fingers. 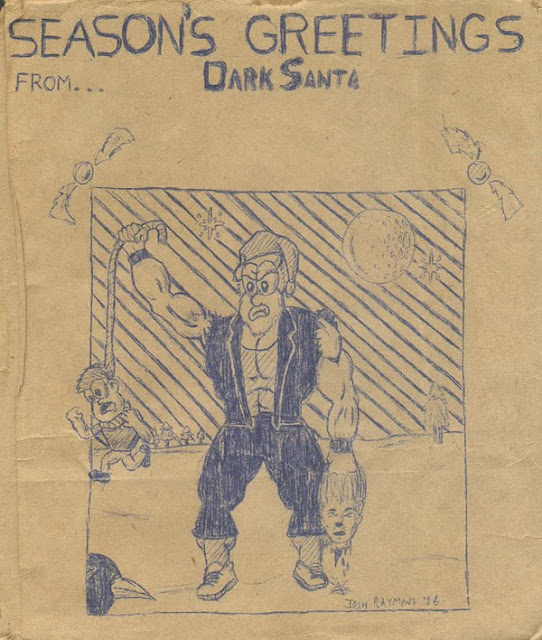 "Season's Greetings from Dark Santa." 1986
The traditional Christmas decapitated head makes another appearance in this drawing I made at the age of 14. Here, a musclebound "Dark Santa" spreads his own brand of Christmas cheer. 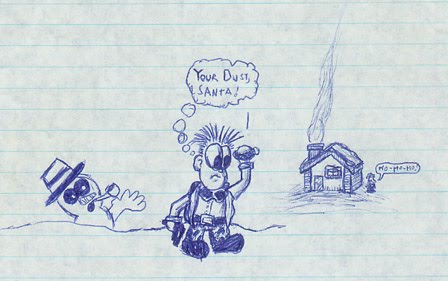 A youthful terrorist, armed with a handgun and grenade, prepares to murder Santa Claus, as Frosty the Snowman looks on in shock. 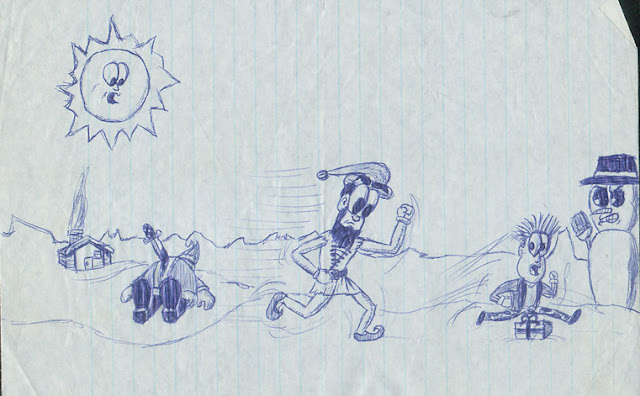 "Death of Santa." 1986
The young terrorist has successfully murdered Santa Claus, who lies in the snow with a knife sticking out of his jolly gut.  An elf is in pursuit, while Frosty the Snowman looks on enraged. 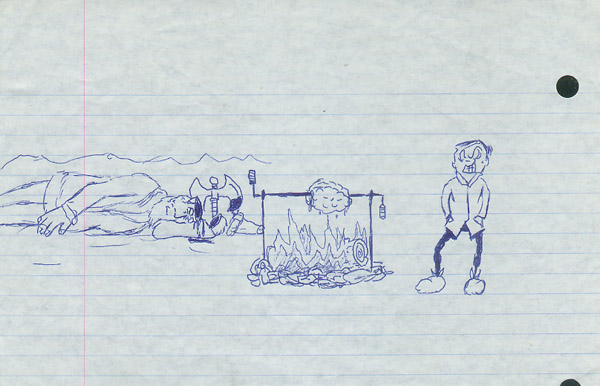 A traditional Christmas dinner (Santa's brains roasted over an open fire) is prepared in this drawing I made at the age of 15. 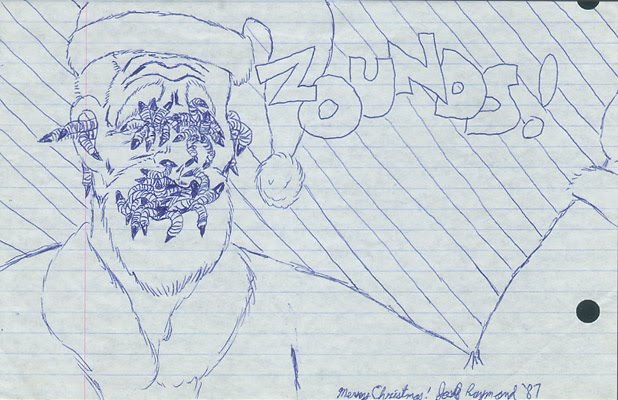 Santa Claus is depicted here with maggots emerging from his eyes, ears, nose, and mouth. 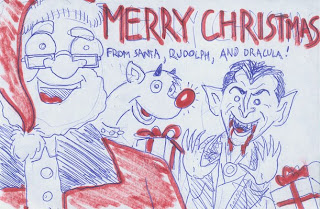 As an adult, you might think this great holiday tradition would end, but I found that a boring work environment was just as conductive to doodling as a boring school day was, hence this piece drawn at the age of 26. 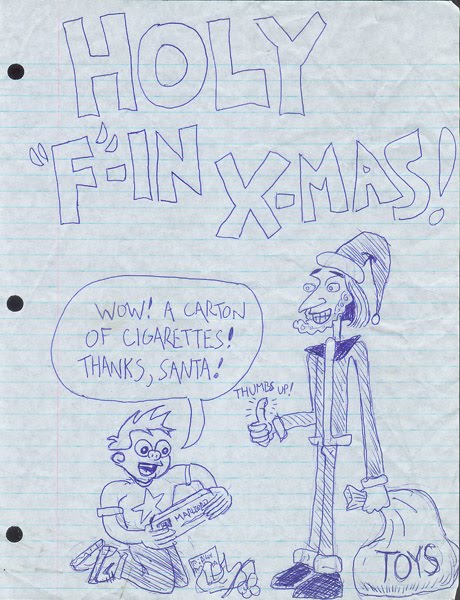 "Holy 'F'-in X-Mas!" 1999
Santa Claus flashes a sweet Fonzie thumbs up as he gives the greatest gift of them all to a child on Christmas morning.


Who knows what wonderful, heartwarming Christmas doodles I may create in the future?  Only time will tell.  Merry Christmas, everyone!
Posted by Joshua Raymond at 1:56 PM