In 1966, Synthetic Plastics released a quintet of 45 RPM singles featuring Batman, Robin, The Joker, The Penguin, and The Batmobile.  Each one featured a die-cut cover with comic book style artwork, and contained two songs about their respective characters.  They are visually quite striking, and make a great addition to any 1966 Batman collection. All 10 songs were also released on a full length LP called Children's Treasury Of Batman Musical Stories.  The song "Look Out for the Batman" uses elements of the Batman TV show theme in it's music, the rest of the songs feature original music. 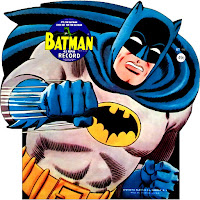 "It's The Batman" Tracklisting: 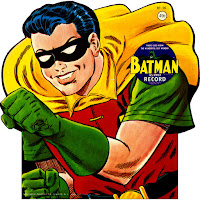 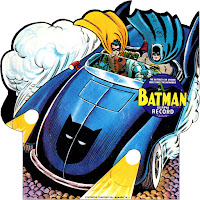 "The Battiest Car Around" Tracklisting: 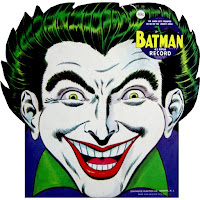 "The Joker Gets Trumped" Tracklisting: 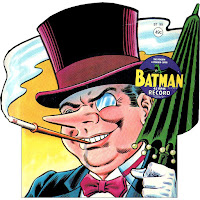 
Look Out for the Batman

Posted by Joshua Raymond at 6:24 PM