Diamond Select's Marvel Retro Captain America Figure Set is part of a series of figures they have been releasing that come with a reproduction of a vintage Marvel Mego figure, along with a variety of customizing parts to go along with it.  The Captain America set comes with a reproduction of Mego's Captain America figure from the 1970s and it's display box,  along with costume parts you can add to the figure to make a Steve Rogers "secret identity" figure, or a Captain America in a more modern costume (sort of like what Mego would have made if it was still around producing these figures today).  It also comes with a booklet detailing the history of Captain America, Mego's original Cap action figures, a look at some custom Cap figures, and some behind the scenes stuff about the making of this new set.

These sets are usually pretty expensive, the manufacturer's suggested retail is $80.  This unfortunately is a condition of the licensing agreement that Diamond select has with Marvel.  They are required to price this as a high-end collectable rather than as an action figure.  But if you shop around a bit, you can usually find them cheaper.  Amazon for instance, usually has them for about 25 bucks off the suggested price.  I picked this up on sale for $38 last October.  Anytime you see them for a price like that, I suggest you pick them up, because they are fun toys.

Rather than swap parts back and forth for the three different costumes, I picked up a couple of extra "Type S" bodies from 8 Inch Super Store.  I used the body that came with the set on the Steve Rogers figure, a regular Type S body on the vintage style Captain America, and a Type S with "upgrade kit" limbs on the modern style Captain.  The upgrade kit limbs have a more defined, muscular look to them. Most of those details get lost under the costume, except for the broader shoulders, which are noticeable and make a big difference.  Also the upgrade kit legs are slightly longer, so your hero ends up slightly taller and more heroic looking.

More pictures after the break... 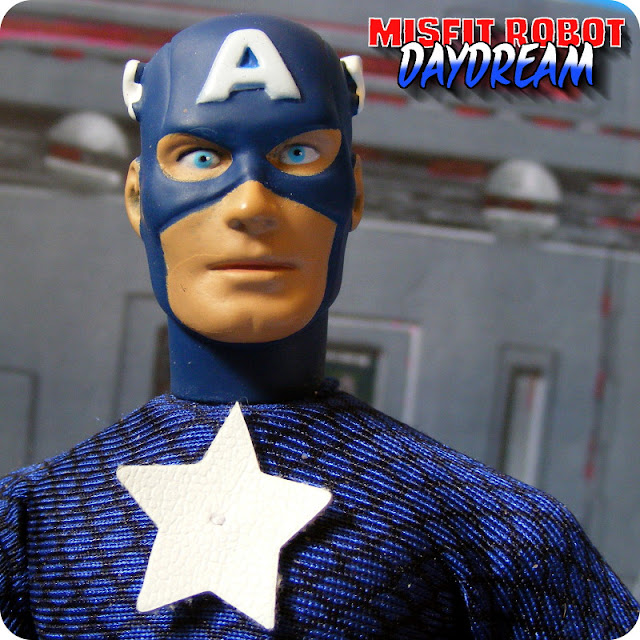 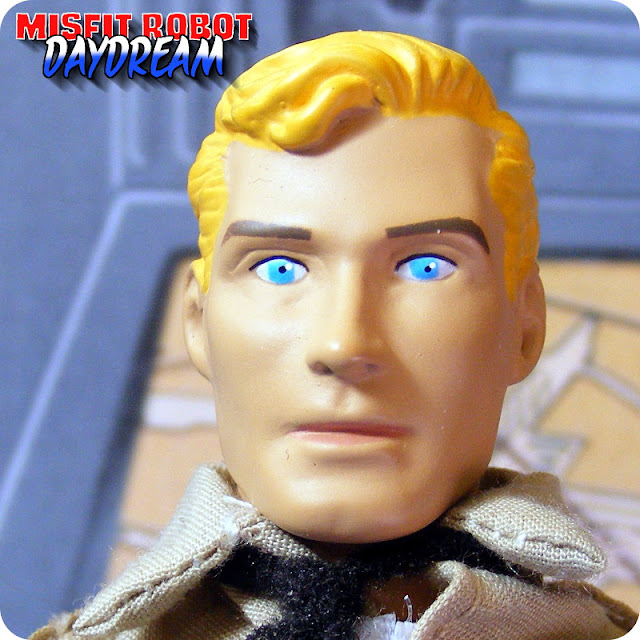