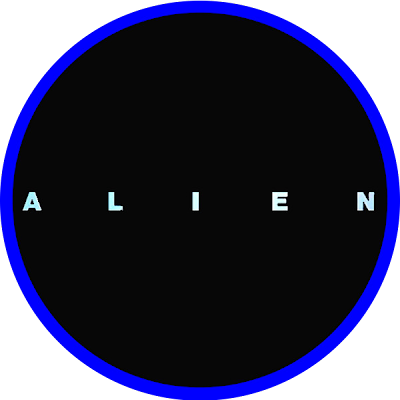 
Alien (1979) - Movie review plus screencaps:
It's a concept that had been done numerous times before: a group of people are trapped with a killer and are picked off one by one.  It's even been done before in a science fiction setting, in films like "It! The Terror From Beyond Space,"  "The Thing From Another World," and "Queen of Blood," but it's never been done as effectively as it was in Ridley Scott's 1979 classic "Alien."

In a traditional, supernatural horror movie, there's always a voice in the back of your head that tells you that ghosts, vampires, etc..., don't really exist in the real world.  What's great about Alien is that it creates a scenario where monsters really can exist, because who knows what kind of terrors could be lurking out among the stars?  The film takes great pains to make the science fiction elements as believable as possible; giving the spaceship a somewhat cluttered, lived-in, and run-down feel, and making the crew all a bit disheveled and down-to-earth.   It feels more like what you would see on a modern day naval cargo ship, as opposed to the "Star Trek" style pristine spaceship, with colorfully jumpsuited crew members, that audiences had been used to seeing in sci-fi at the time.
But make no mistake, despite the science fiction setting, this is definitely still a horror film.  Ridley Scott does a wonderful job of pacing the film.  Building up the tension, and then releasing it, and then building it up again, each time even more frightening than before.  Each scare in the film is later topped by the next.  Every time the characters have a chance to relax, catch their breath, and think they may finally have this thing beat, it's just a preamble to something even more terrible happening a moment later.  It's pretty much THE textbook example of how to make a scary movie.
This film was imitated by numerous filmmakers following the wake of it's success, but none of the films were as frightening or successful as this one.  When James Cameron was brought on to direct the sequel, he wisely decided not to try to out-do Scott in the horror, and instead made his film more of a military action picture.
The film has a wonderful cast, including Sigouney Weaver, Tom Skerrit, Yaphet Kotto, John Hurt, and one of my personal favorites, Harry Dean Stanton.  They all do a great job of making the fantastic situations they are in seem realistic and believable, acting like real human beings, and not sci-fi movie heroes.
Overall, I'd say this film is a classic, and is probably the greatest hybrid science fiction / horror film ever made.