Boris Karloff as the Mummy is the 19th monster of MONSTER MONTH!  This 7 inch action figure of Boris Karloff as The Mummy was released by Sideshow Toys in 1998.  It's got a nice paint job and sculpt with lots of well done texture and details.  The articulation is a bit limited, but still miles better than the version Diamond Select put out a decade later which had 1 point of articulation (the neck).  It comes with a few nice accessories, including a base for the figure to stand on, a chest that opens, a scroll, and stone tablet covered in hieroglyphics. 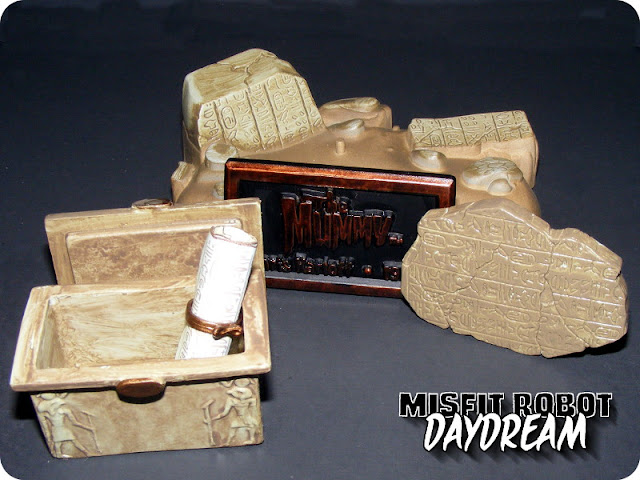 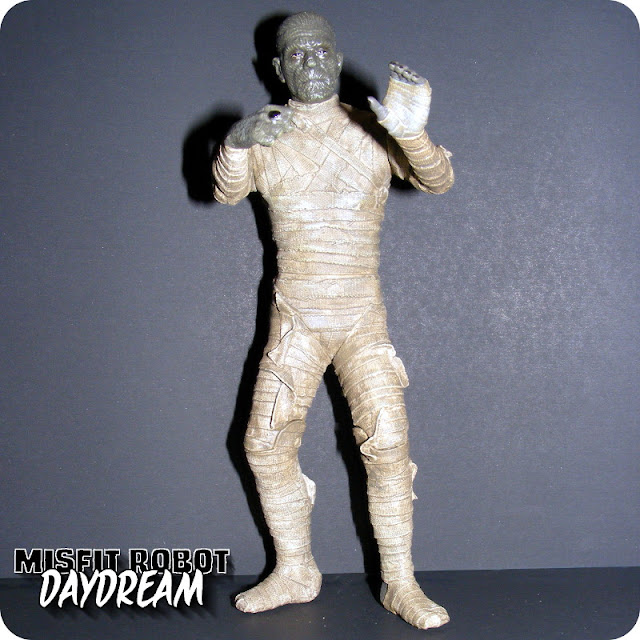 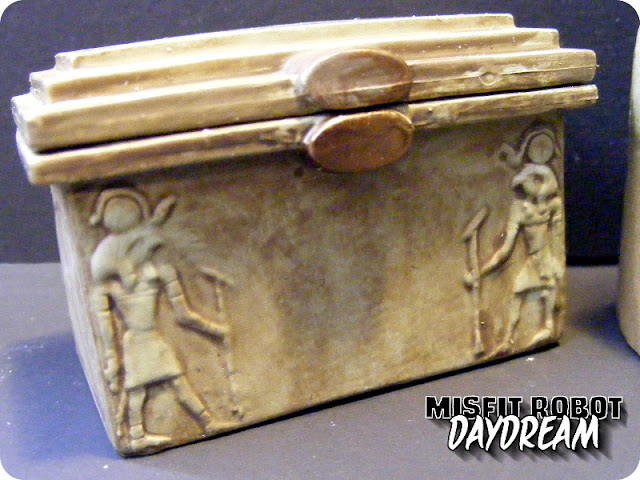 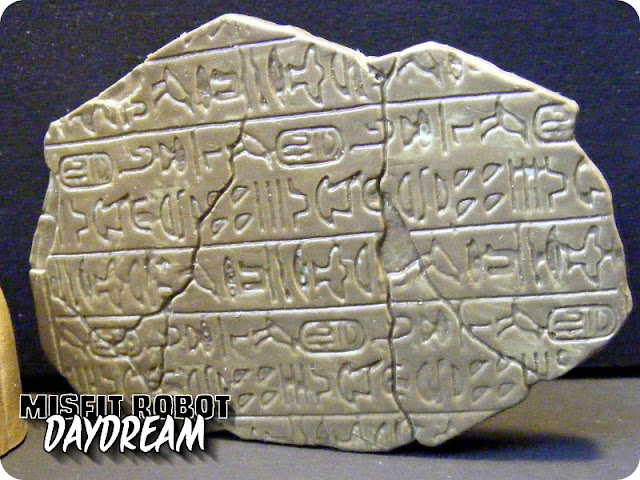 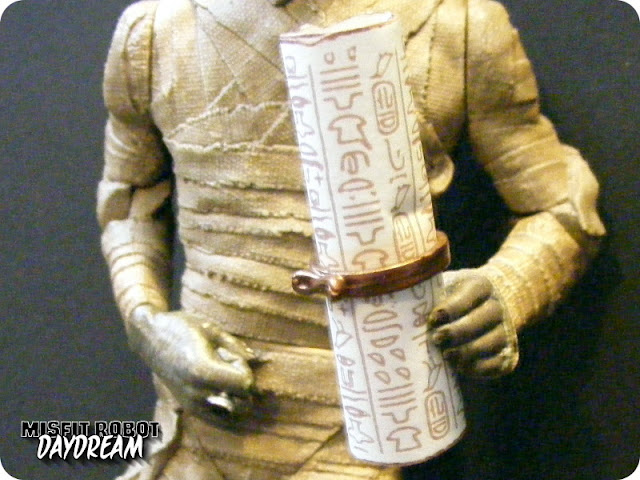 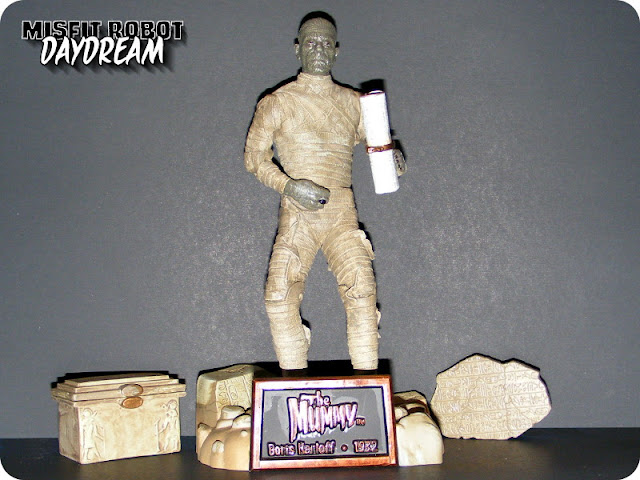 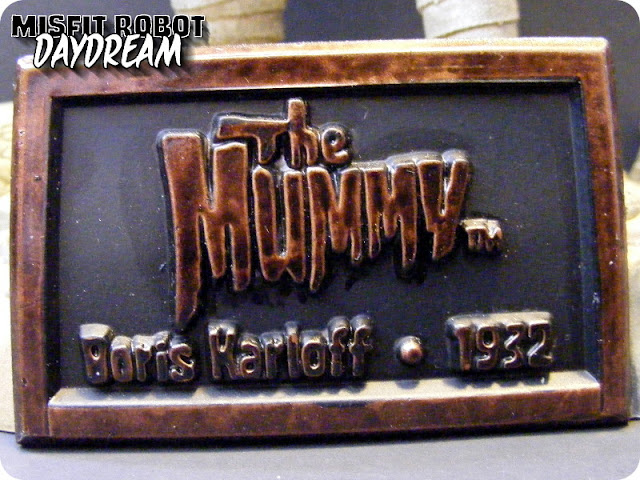 Posted by Joshua Raymond at 3:03 AM