MONSTER MONTH Madness continues for the 9th day, with the mustachioed menace of Dinosaur Neil!  Dinosaur was one of the action figures Bandai released in 1994 for the animated The Tick cartoon.  The figure stands at a minuscule 5 inches, but has an extending mid-section that increases his height to a majestic 6 inches!  But certainly his most terrifying feature is his fearsome "Magnum P.I." mustache, just like the one John Oates from the band Hall and Oates sold his soul to the Devil for! 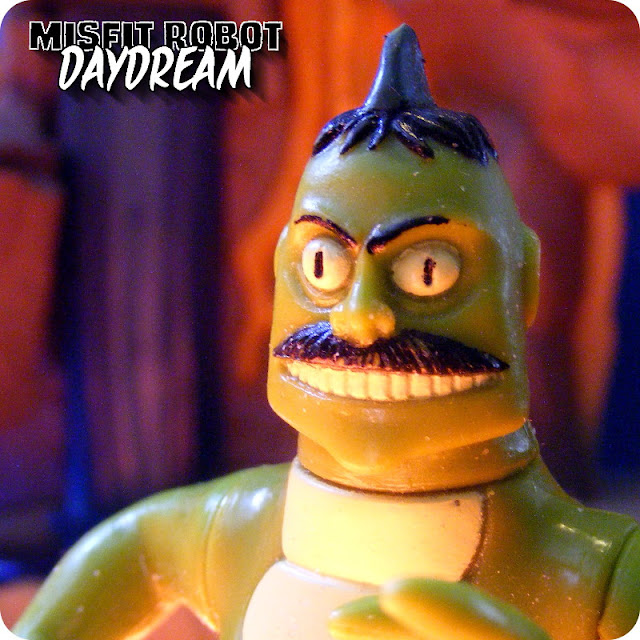 Which is a true story, by the way.  Most people think Oates sold his soul to Satan in exchange for his successful music career, but really he just did it for the fearsome satanic mustache.  In return, Beelzebub expected Oates to perform a human sacrifice at least once a year.  And on those occasions when you have seen Oates WITHOUT the mustache, it's not because he shaved it, it's because he neglected to perform a human sacrifice that year, so Satan withheld the 'stache from him until he performed the evil deed.  Again, this a true story. 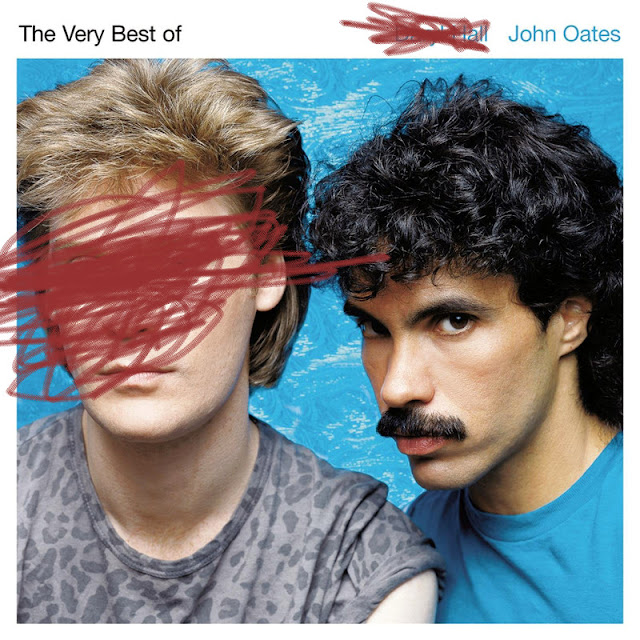 MORE PHOTOS AFTER THE BREAK... 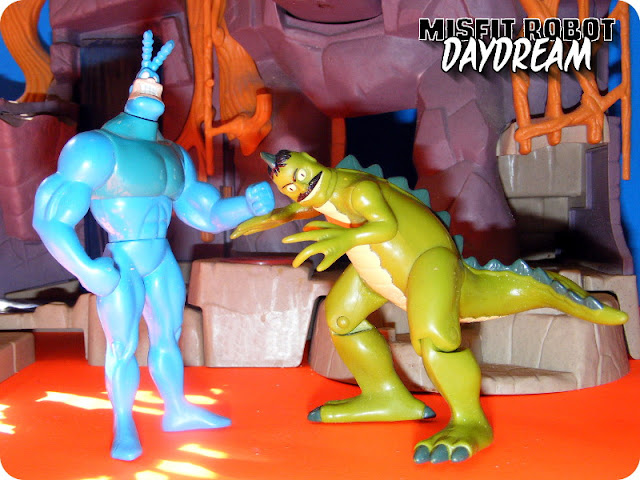 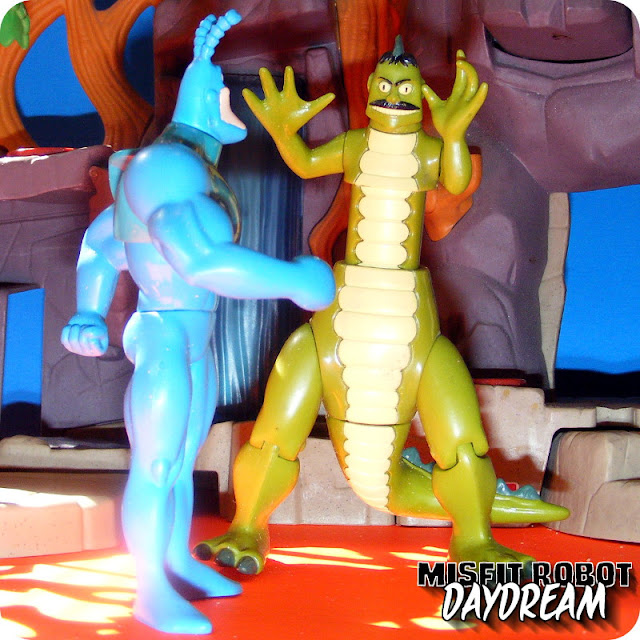 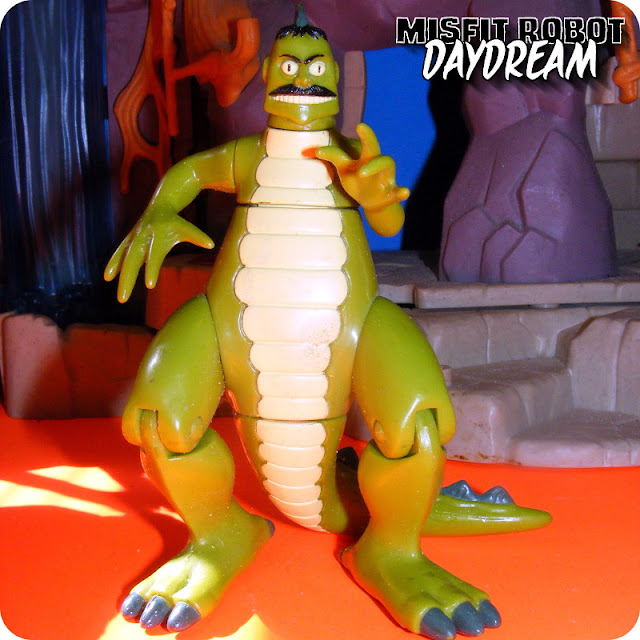 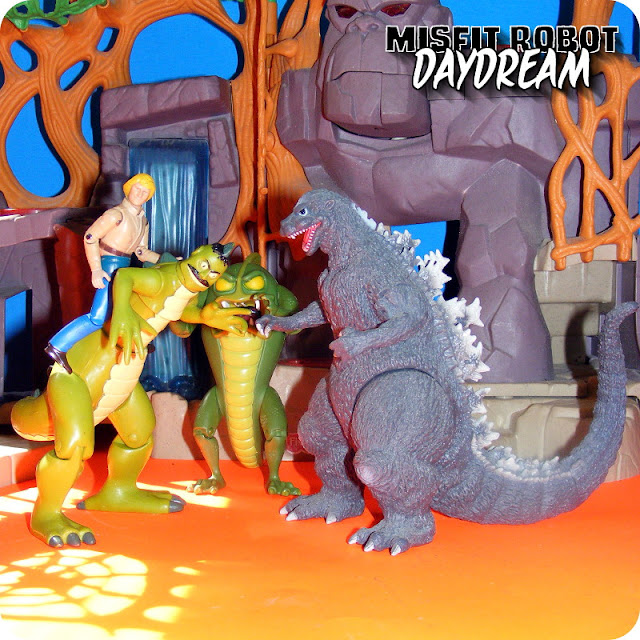 Email ThisBlogThis!Share to TwitterShare to FacebookShare to Pinterest
Labels: Countdown to Halloween 2016, Toys