2013 was the year that the 1966 Batman TV show licensing issues were finally resolved, and toys and other merchandise inspired by the show started showing up in stores. 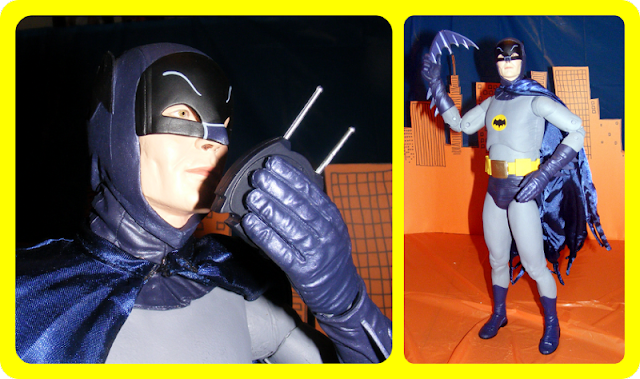 My favorite item released so far was the giant 18 inch Adam West Batman figure from NECA.  In 2014, NECA is planning on releasing a figure of Burt Ward as Robin in the same scale, and I can't wait for that.  The giant-sized Dynamic Duo are going to lord over the rest of my toys. 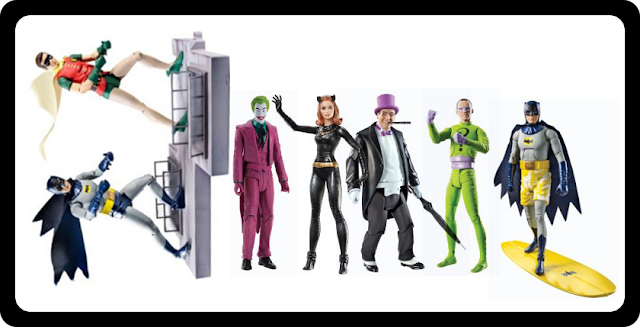 Mattel released a line of Batman Classic TV 6 inch action figures, featuring Batman, Robin, The Joker, The Penguin, The Riddler, and Catwoman, as well a huge scale model Batmobile the figures can ride in.  They also put out a couple of fun variants of Batman, one that dances the Batusi, and Surf's Up Batman, who wears shorts and comes with a surfboard.

At first, it was looking like that was going to be all that would be released, but then they announced the line would continue in 2014.  The only figure that has been revealed so far is a Surf's Up Joker to go along with the surfing Batman figure.  I'm hoping there will be some more characters revealed in 2014, and I'm also hoping that there will be some characters that haven't been made yet, like Batgirl, Mr. Freeze, or Egghead. 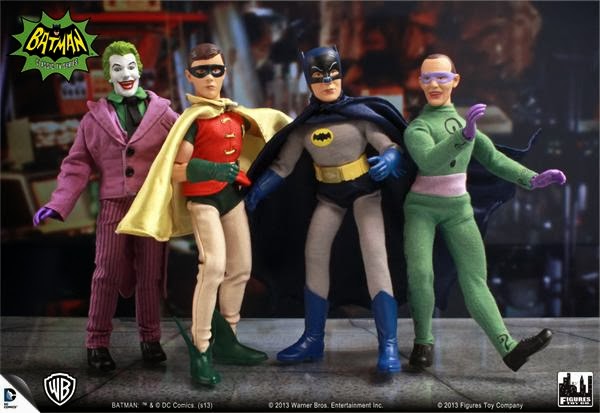 Figures Toy Company is coming out with a series of Mego-style 8 inch retro figures for Batman 1966 this year.  I think the first wave is hitting in April, featuring Batman, Robin, The Joker, and The Riddler.  They have also previewed a sculpt of Egghead, so he'll probably be in a future wave. 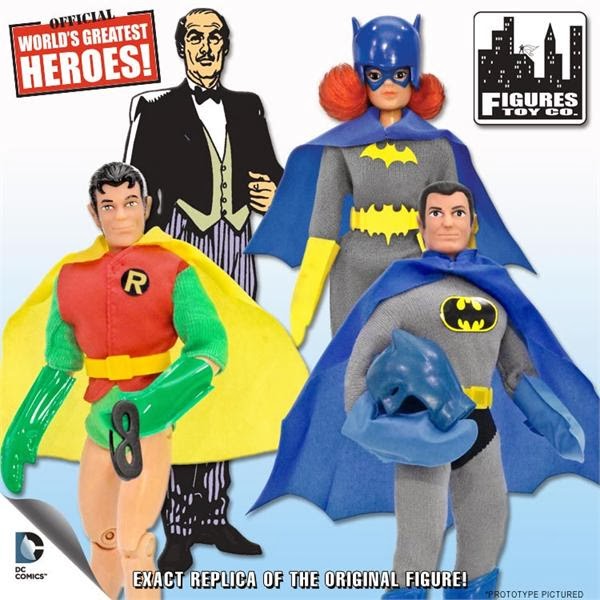 FTC is also reproducing the Batman figures from Mego's World's Greatest Superheroes line from the 1970's.  The first two waves have already been released, featuring Batman, Robin, The Riddler, The Joker, Bruce Wayne, Dick Grayson, The Penguin, and Catwoman.  Wave 3 will feature Batman (with removable cowl), Robin (with removable cowl), Batgirl, and Alfred.  Alfred was never made by Mego, so this will be a new figure made in the Mego style. 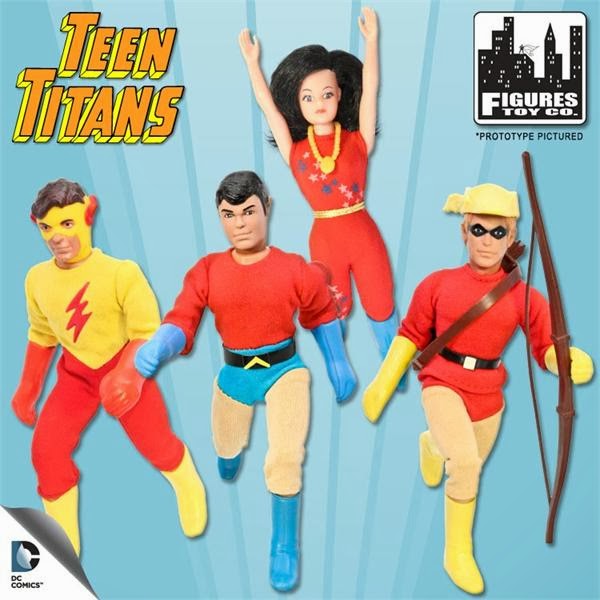 FTC is also reproducing Mego's Teen Titans 7-inch figures, to give Robin some kids his own age to pal around with.

NEXT: In "Action Figures I'm Excited About For 2014, Part 4," I'll look at upcoming action figures in the 6 and 7 inch scales from NECA, Funko, Hasbro, and maybe more.