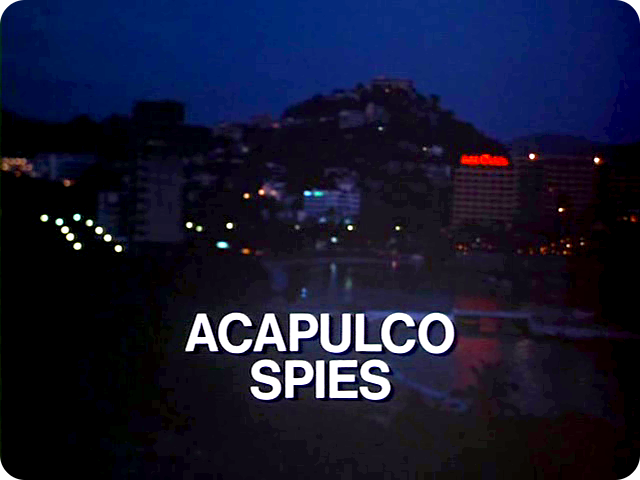 This episode is another international adventure for the Hardy Boys.  After receiving a mysterious phone call from their father, Fenton Hardy, the brothers fly to Acapulco to deliver him some papers, only to discover that their father has gone missing, and their own lives are being targeted by an assassin.  The adventure takes them hang gliding at the Acapulco shore, as well as sneaking around an historic abandoned prison.  Plus, they get to hook up with a couple of American tourist girls while they are at it.  I don't really have a lot to say about this episode, but it was a solid, fun installment in the series.

Posted by Joshua Raymond at 7:06 PM