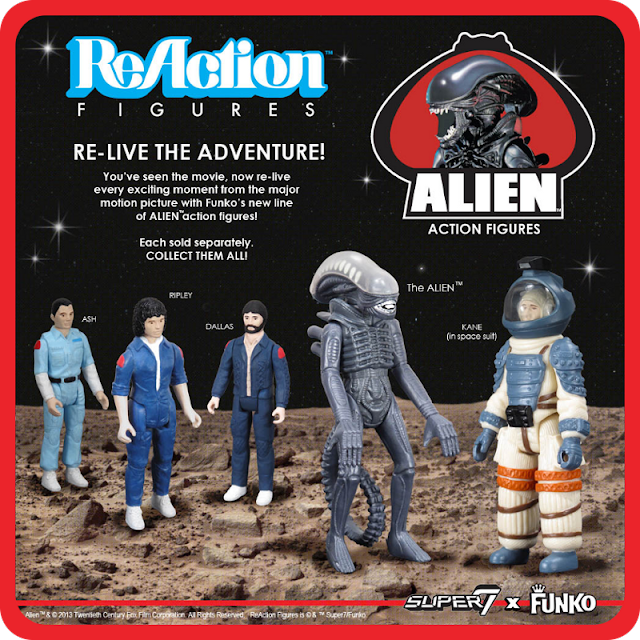 Super7 and Funko just released their awesome collection of Alien action figures, based on Kenner's unreleased prototypes from 1979, but that is just the tip of the iceberg for retro, Kenner-style 3 ¾" action figures.  This style of action figures hits me hard in the nostalgia center of the brain, becuase these were the kind of figures I loved the best when I was a kid.  I had a huge collection of Kenner Star Wars figures in the late '70s and early '80s, as well as similar 3 ¾" figures from lines like Fisher-Price Adventure People, Micronauts, Battlestar Galactica, The Black Hole, Clash of the Titans, and more. 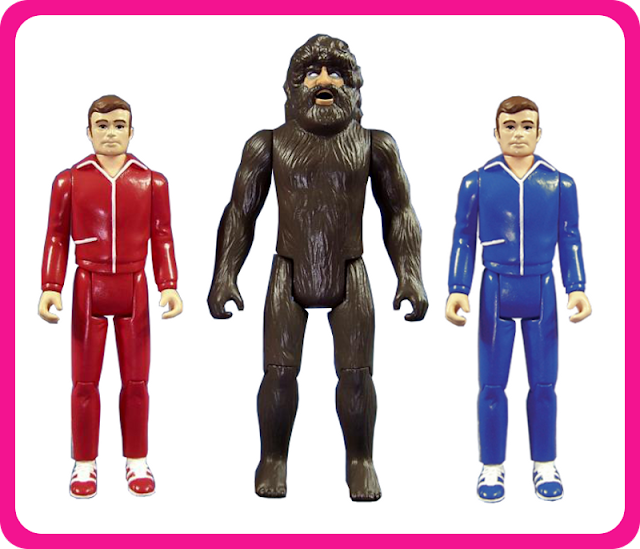 Next up is Zica Toy's line of action figures based on The Six Million Dollar Man.  These toys should hopefully be out any time now (they were supposed to be released already, but they got delayed in customs).

After that, Funko is working on a whole line of figures in this style from a mind-boggling array of licenses, including Buffy the Vampire Slayer, Firefly, Nightmare on Elm Street, Halloween, Hellraiser, Friday the 13th, Universal Monsters, Back to the Future, Goonies, Terminator 1 & 2, Predator, The Rocketeer, Nightmare Before Christmas, Escape from New York, Pulp Fiction, and Classic Star Trek!  Wow, I can't wait to see some of these.  Hopefully we'll see some prototypes for these toys at ToyFair in February.