A while back I wrote about Fresh Monkey Fiction's Amazing Heroes Kickstarter project, to make a series of retro superhero action figures, similar in style to the classic Marvel Comics Secret Wars figures from the 1980s.   That project was successfully funded in August, but a lot of people (including myself) were disappointed that the the stretch goals didn't get met, because that would have made two more cool figures, Silver Streak and Champion of Mars.  So the folks from Fresh Monkey Fiction, launched a second Kickstarter project to get those two figures made, and a added a third figure as well, Mike Allred's Madman!  Seriously, Madman, how cool is that?  They've also added a new set of backer cards for the figures designed by a group of great comic book artists, including Mike Allred, Phil Hester, Erik Larsen and more. Finally, if you missed out on the first Kickstarter, this well give you a second chance to pick up all of those figures you missed the first time. 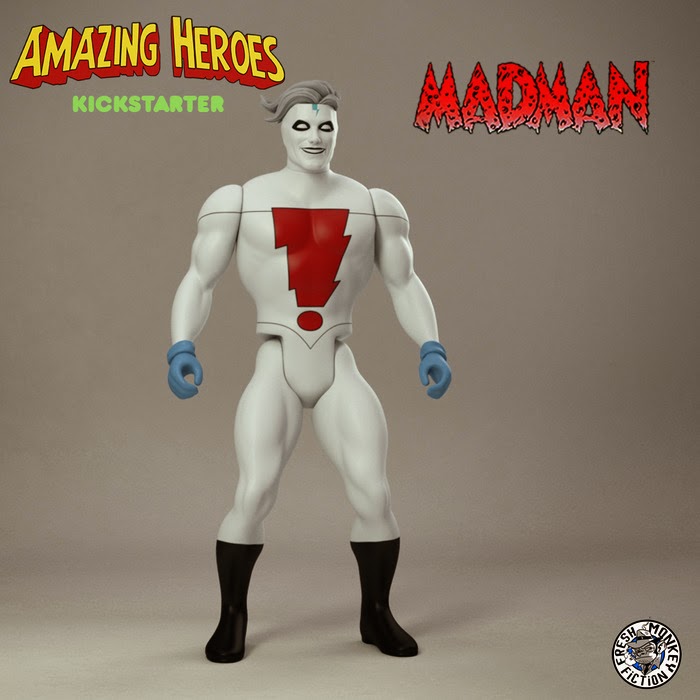 There are only a few days left for this project, so if you haven't checked it out yet, head over to the Kickstarter page and check it out for yourself!