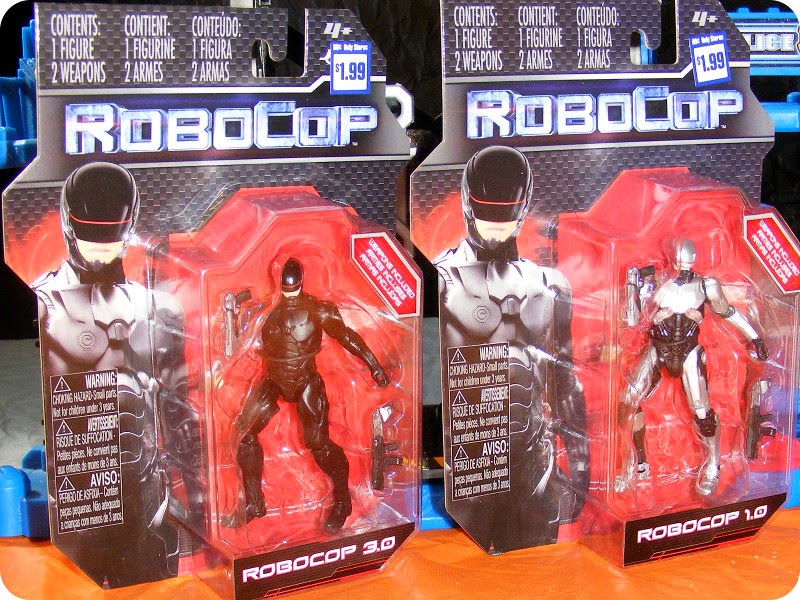 I'm back today with a quick look at a pair of Robocop action figures I found out the 99 Cents Only Store, of all places.  Usually, they just have low quality Chinese junk toys, but for the Christmas season they've actually branched out with some semi name brand stuff.  I'm guessing that these were originally on sale earlier this year at regular toy stores for regular toy prices, and ended up at the 99 Cents store because nobody cared about that Robocop remake these toys are based on.  But still, at $2 a pop (not 99 cents, unfortunately), these figures are probably worth picking up, even if you weren't a big fan of the movie. 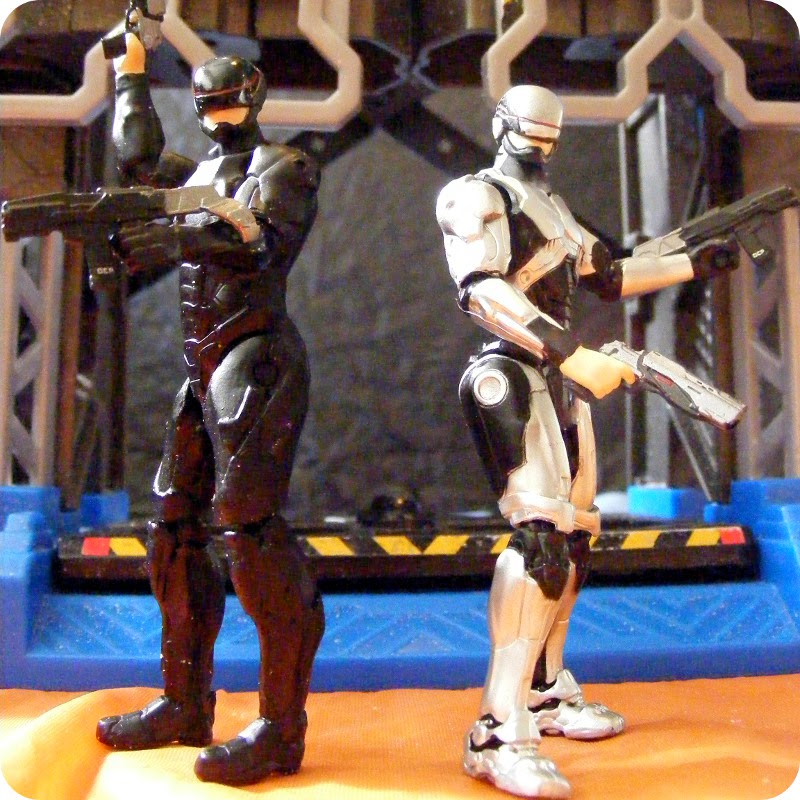 The figures are around 3 3/4 inches tall, and have a reasonable amount of articulation for figures this size.  They have a cut joint at the neck, ball joints at the shoulders and hips, rotating ball joints at the elbows, and hinges at the knees.  The hip joints are kind of awkward, though.  They feel like they might be attached with a rubber band, and when you move one, the other tends to move along with it. 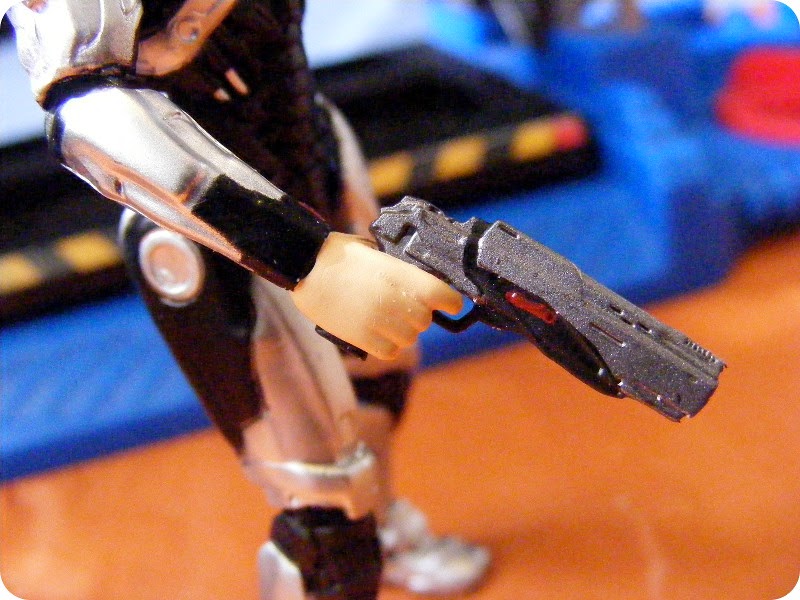 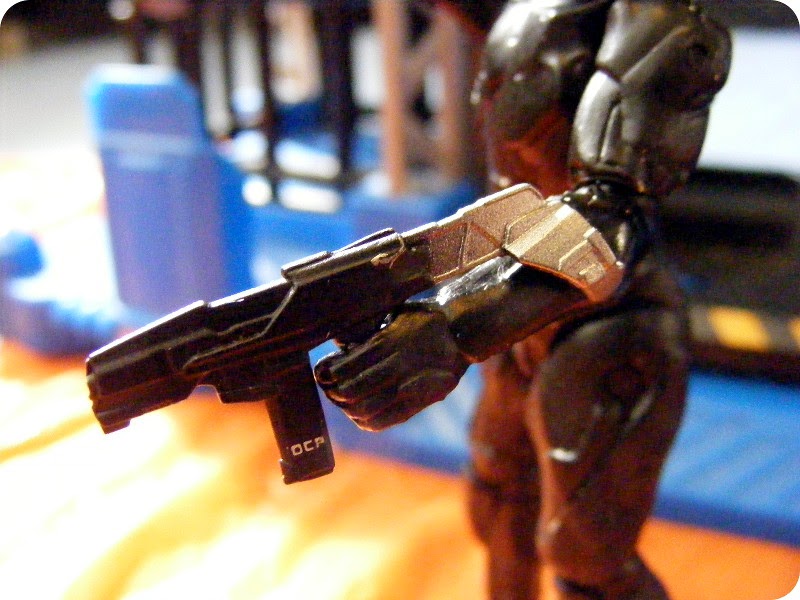 Both figures come with two guns, a handgun and a rifle.  The guns fit nicely in their hands, and even have some paint decorations on them.  Both of the figures have decent paint jobs, my favorite being the silver and black version, as it shows off the details in the sculpt better, and looks more like the original Robocop from the 1980s. 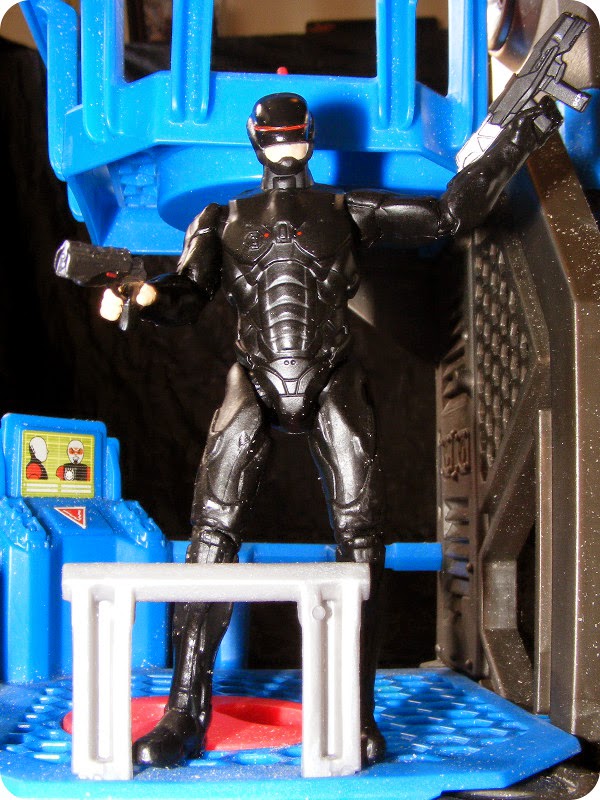 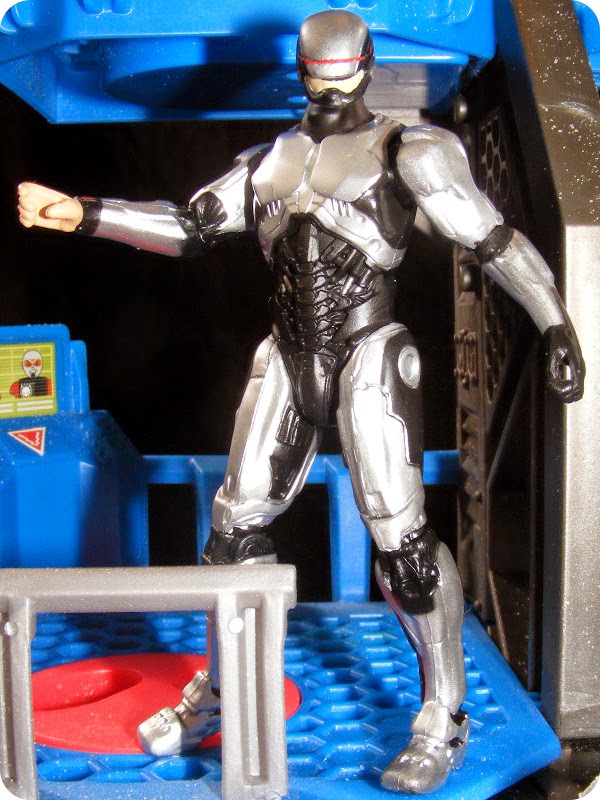 Overall, these are decent little figures, and at $2 each, they were too good of a deal to pass up, even though I wasn't a big fan of the Robocop remake (although I love the original).  If you have a 99 Cents Only Store in your area, it might be worth it to pop in and pick up a few for yourself.

Posted by Joshua Raymond at 9:22 AM