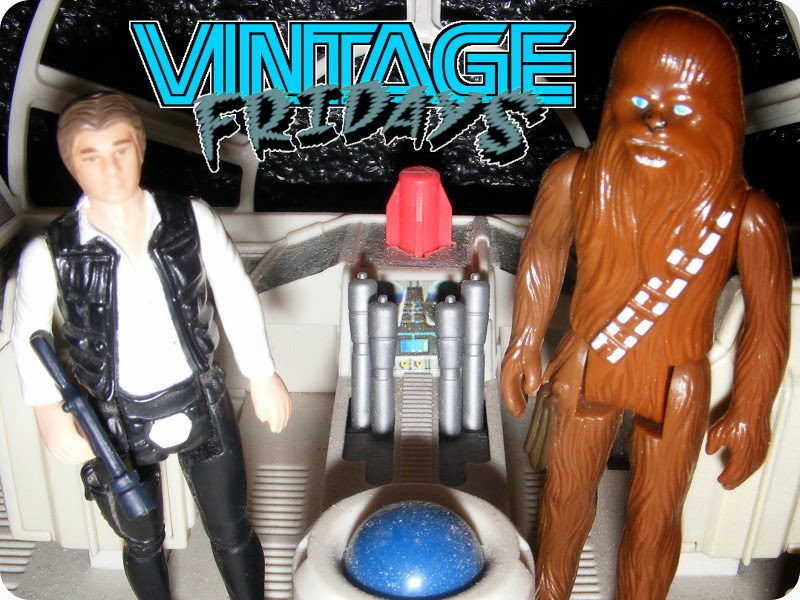 Today I'm taking a look at a couple of classic Kenner Star Wars figures from 1977, Han Solo and Chewbacca.  At least I thought I was taking a look at classic figures!  It turns out that the Han Solo is actually a reissue of the figure from 1995!  I guess I need to read those eBay ads a little more carefully before I bid on them.  I thought I was getting a really good price on a group of loose vintage figures in practically mint condition, and it turned out he reason they were in such good condition was because they weren't actually from the 1970s.  But you know what?  That's fine.  I'm not buying these toys as investments, I'm buying them because they are fun, and this Han Solo is just as fun as the original.  Let's check him and Chewie out after the break!

Han Solo has the standard 5 points of articulation, while Chewbacca only has 4, because his head is sculpted directly on to his torso.  Han Solo originally came with a blaster (not the gun I have him pictured with) and Chewbacca came with his bowcaster, but I don't have their original weapons.  My Chewbacca figure has some of the paint rubbed off of his nose, but is in otherwise pretty good condition.  They're both classic examples of Kenner Star Wars figures, and were part of the original line-up of 12 figures from 1977.  .

There's really not a lot to say about these figures, but here's some more pictures: