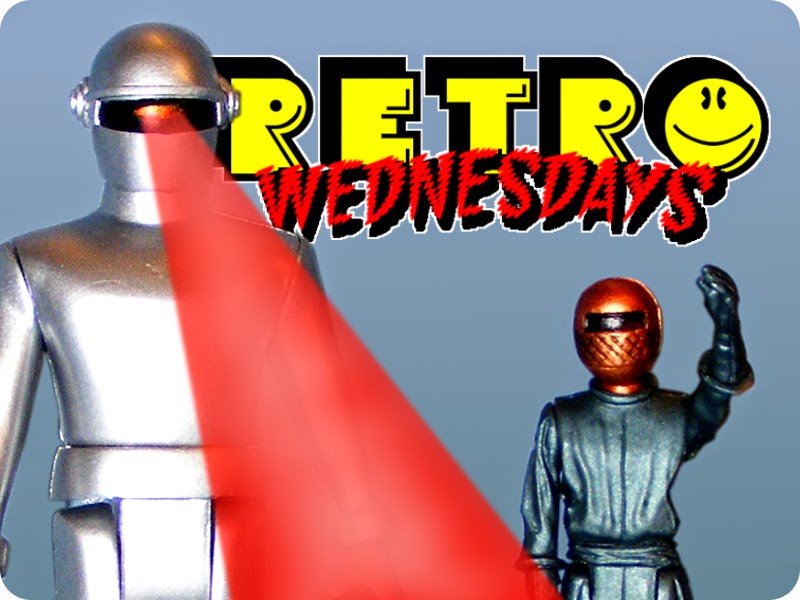 So far all I've been reviewing are Super 7 and Funko's ReAction figures on Retro Wednesday's.  Bif Bang Pow does have a retro line of Twilight Zone figures out, but I've decided to save those for my Halloween festivities in October.  Zica Toys had their great Six Million Dollar Man figures, but I reviewed those earlier, before I started Retro Wednesdays.  Does that mean I'm going to have to change the name of this feature to "ReAction Wednesdays?"  Not this week, because I've got a new addition to the world of retro action figures today, Amok Time's "Gort and Klaatu" figures, based on characters from the 1951 sci-fi classic "The Day the Earth Stood Still!"  How well do Amok Time's figures fit in with the new wave of retro 3 3/4" action figures?  Find out after the break!


Amok Time's "Gort and Klaatu" come packaged together.  Klaatu is the alien visitor with an important message to deliver to all of Planet Earth, one that could lead to it's salvation if it is heeded, or it's damnation if it is not!  Gort is his unstoppable robot enforcer, immune to all weapons, and willing to vaporize anything that get in it's way.  The mysterious phrase "Klaatu Barada Nikto" may be the only thing holding it back from destroying the Earth.


The packaging on this figure is kind of weak.  It doesn't look like they spent much time working on it, but just pasted a handful of fuzzy screenshots from the movie together and slapped the words "Gort and Klaatu" on top of it.  They didn't even pick a good spot to place the names, as they are half-covered by the plastic bubble, making them kind of hard to read.  The back has another screenshot, and a few words of text.  Strangely, the movie these characters are from, "The Day the Earth Stood Still," is not mentioned once.  It's too bad the packaging isn't that great, because stylish retro packaging is a big part of the appeal of these type of figures.  But I guess we can forgive that if the figures themselves are really cool, right?


The figures are pretty good, although they are not perfect.  Both figures have 7 points of articulation: the traditional 5 points that most retro figures have, plus additional cut joints at the wrists.  The giant robot Gort is the coolest looking of the two.  This character is just perfect for a retro action figure, as it already has a stiff-limbed, stylized design.  In fact, Gort has one of the most classic robot designs from vintage sci-fi movies, and you can see how it influenced future robots, like Rom the Spacekinight, and the Cylons from Battlestar Galactica.  The sculpt on the figure is perfect, and for the most part the silver paint job looks good, but there were a few glops of paint and smudges on my figure, and he has a piece of paint on his wrist that was already flaked off when I took him out of the package.  It appears that they cast him in black plastic, and then painted him silver, which is unfortunate.  If they had cast him in a silver or even gray color to begin with, the paint flaking off would be much less noticeable.

Klaatu's sculpt is a little less impressive, visually.  They made the figure tall and thin, which, while accurate to the movie, doesn't make for the most pleasing action figure.  It also makes him prone to lose balance and fall over a lot.  At least Amok Time put a peg hole in the feet of both figures, so you can place them on action figure stands to help them stay upright.  Klaatu's costume is cast in one color, a glitter infused blue-green.  It's a little boring, but appears to be accurate to the movie.  He comes with two heads: one helmeted and one unhelmeted.  The helmeted head looks great, and really helps to sell him as an alien astronaut.  The unhelmeted head doesn't fare so well, though.  Although it does resemble the actor Michael Rennie, it looks like it was sculpted rather sloppily out of clay, and lacks the clean details of the rest of the figure.  This might be less an issue with the sculpt than with paint, though, as it looks thick and unnaturally colored.  Either way, I'll definitely be opting for the helmeted head when I display this figure.

So, over all, I'd have to say that these are my least favorite of all the modern day retro 3 3/4" figures I've seen so far.  But you know what?  I still like them.  If we're lucky, Amok Time will continue to put out figures like this, and will improve on them over time.  And as it is, I'm still glad to add Gort and Klaatu to my collection.

That's it for this week's edition of Retro Wednesdays.  Next week I'll be back with another ReAction figure, probably Kyle Reese from Terminator.  Also, be sure and check back on Retro Friday, when it will be "Harry Hamlin Toga Party" time.  And that's not all!  Since I don't collect only retro and vintage 3 3/4" figures, I've decided to add another weekly toy review feature for Mondays.  In it, I'll be reviewing any other toys or collectables I have, that don't fit in to Retro Wednesdays and Fridays.  I'll be kicking that off next Monday with a look at Neca's Classic Planet of the Apes figures.  Finally, if you are interested in the movie "The Day the Earth Stood Still," I'm currently working on a review.  I'm hoping to post it tomorrow, but I haven't finished writing it yet, so no promises. 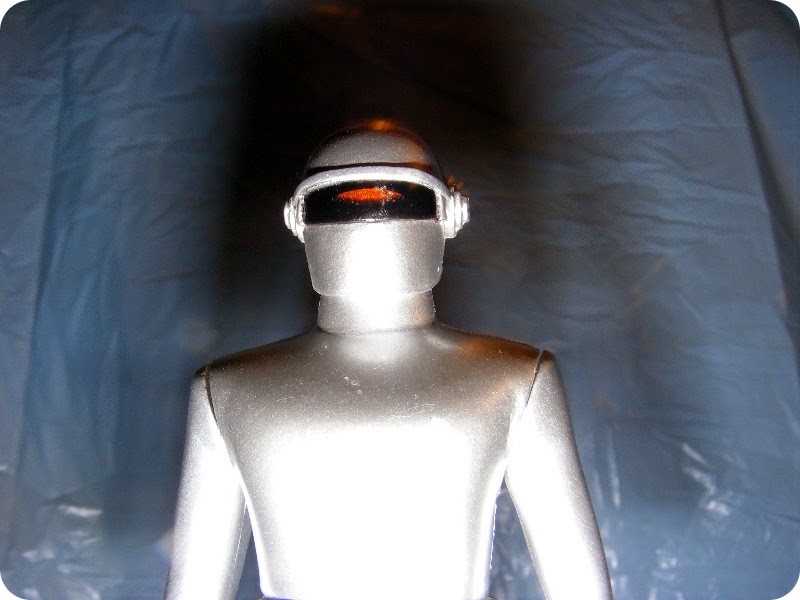 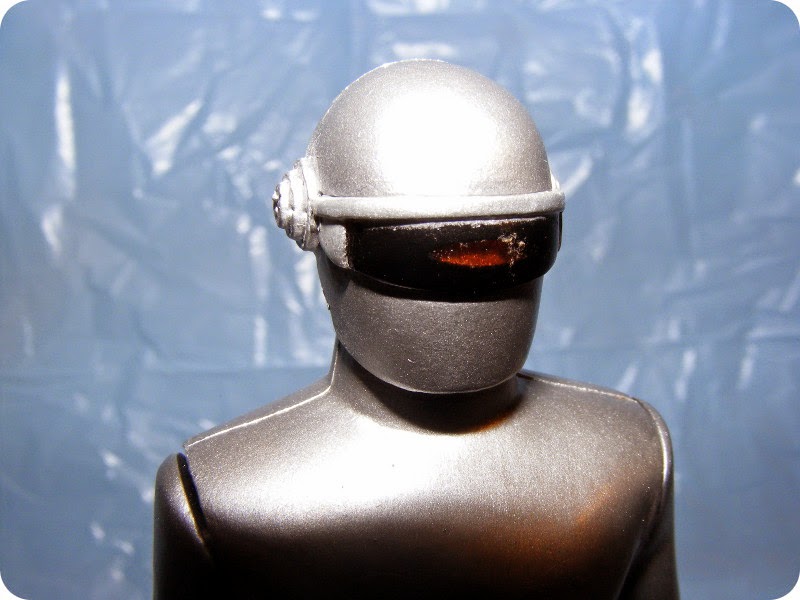 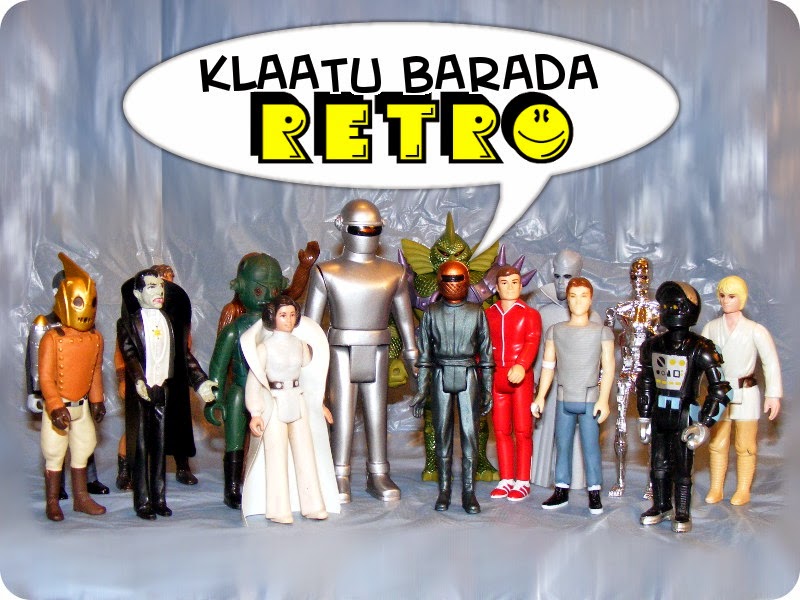