Retro Wednesday! It's "Chunk Versus Dracula", as we look at Funko and Super 7's The Goonies Chunk ReAction Figure! 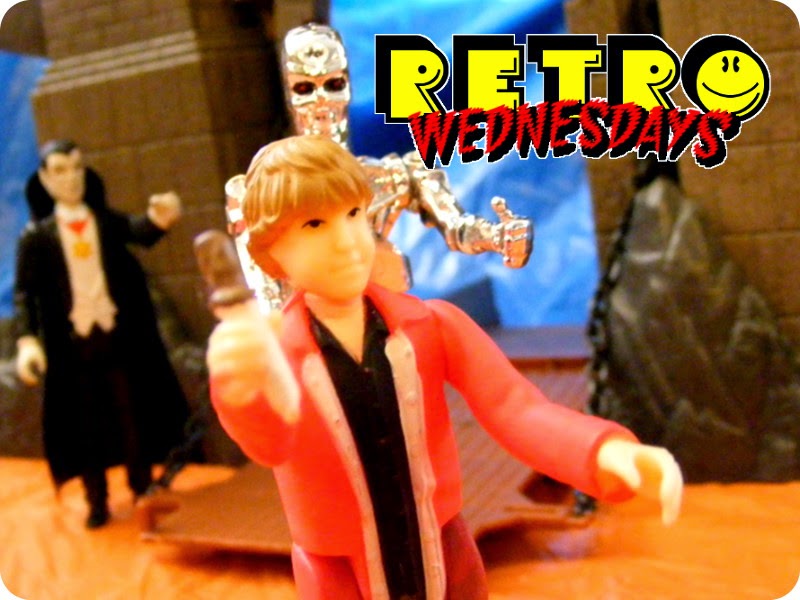 Today on Retro Wednesday, we'll be checking out out Chunk from The Goonies, yet another ReAction figure from the fine folks at Funko and Super 7.  Their figure of Sloth from The Goonies was fantastic, will Chunk be as well?  Read on past the break to find out!


Chunk comes on a typical ReAction card, with his photo on the front, and photos of the other Goonies figures on the back.  He comes with one accessory: a Baby Ruth candy bar!  Actually, there is no Baby Ruth logo on the candy bar, but we all know what it is.  I think the figure has a really nice looking sculpt. He's not as chubby as he should be, but he still looks a little plumper than the other Goonies, so it works out okay.  I think his head sculpt in particular is really nice.  I did have some paint issues on this figure, though.  The red paint on his sleeve has run down on to one of his hands, and the red paint on one of his legs has dirty black smudges in it.  Also, the white stripes on jacket are painted on pretty sloppily.  So the paint job is a little disappointing, and if you are buying this in the store, you'll probably want to inspect the figures carefully for paint errors before you buy it.  But overall, I'm still pretty happy with this figure.

That's pretty much all I have to say about this guy, but I did cook up a little adventure for him, in photo comic form.  So please enjoy... 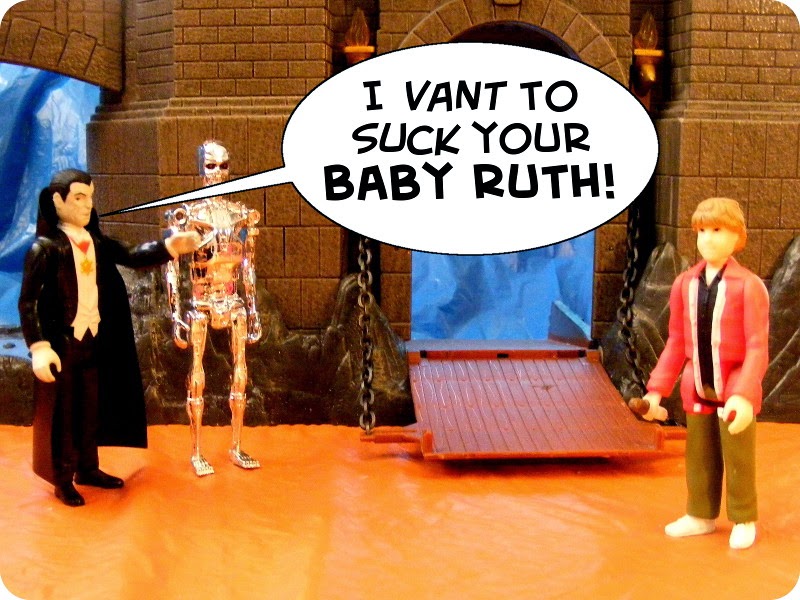 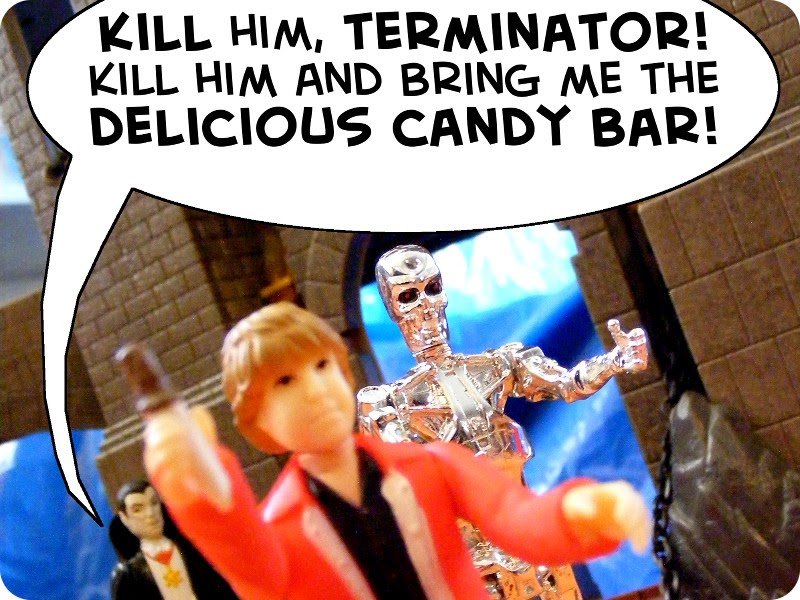 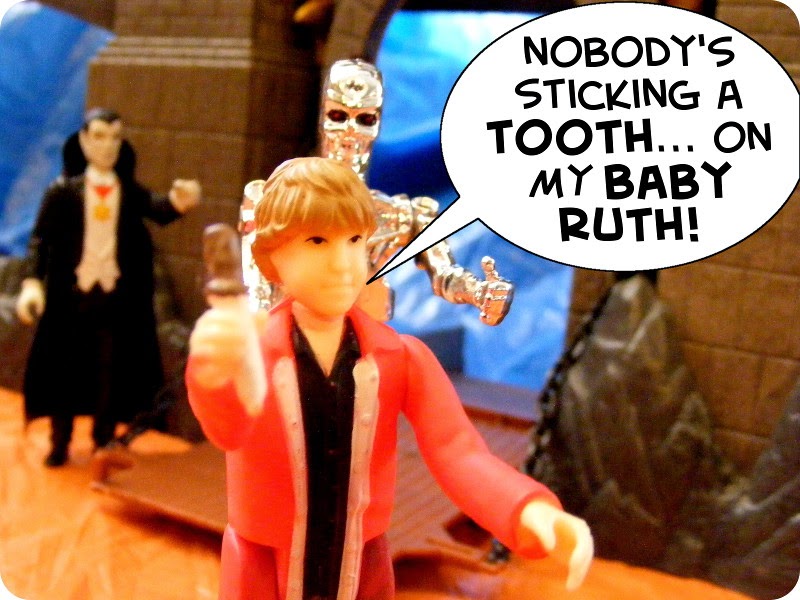 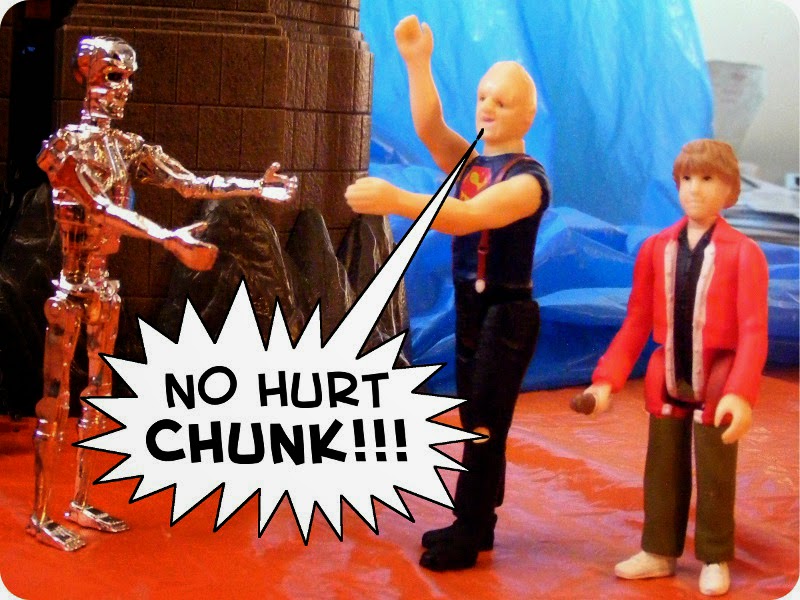 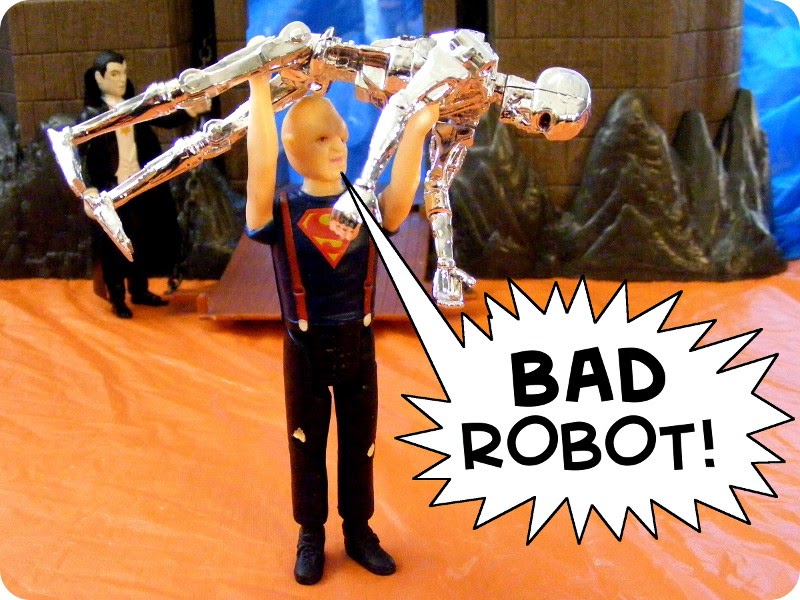 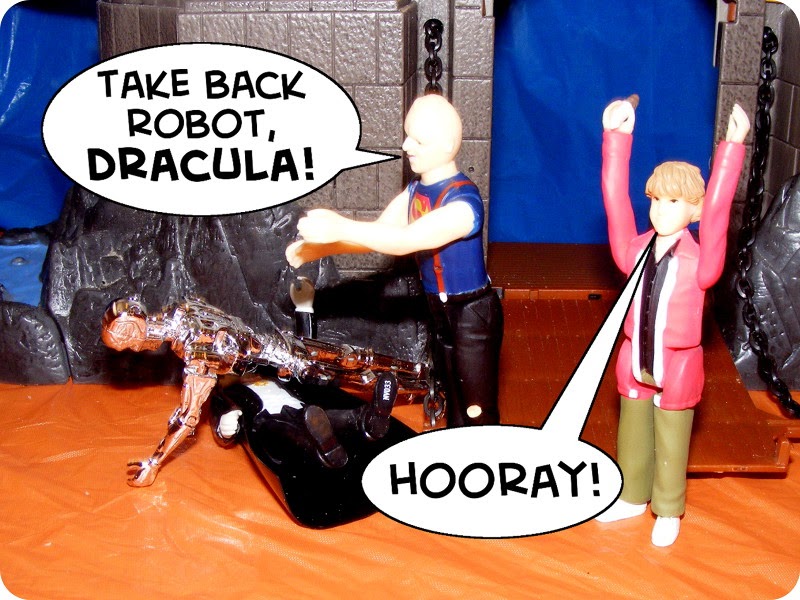 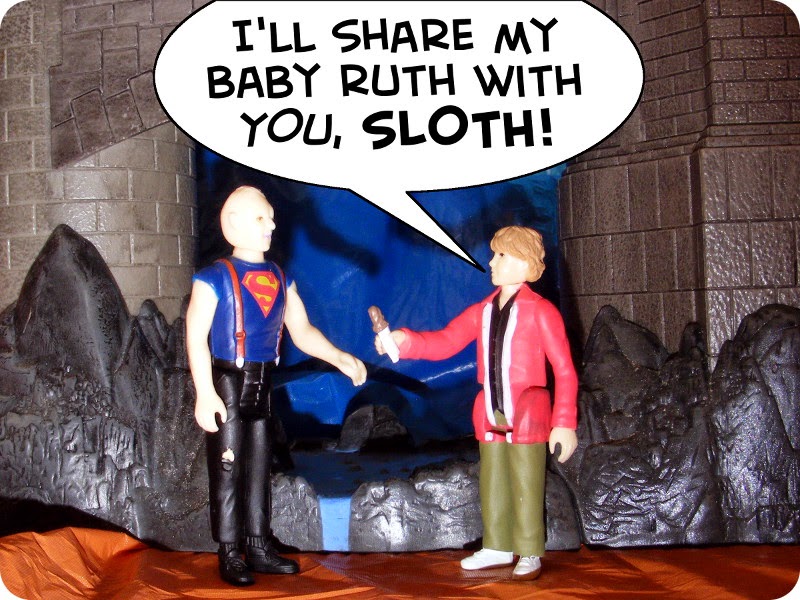