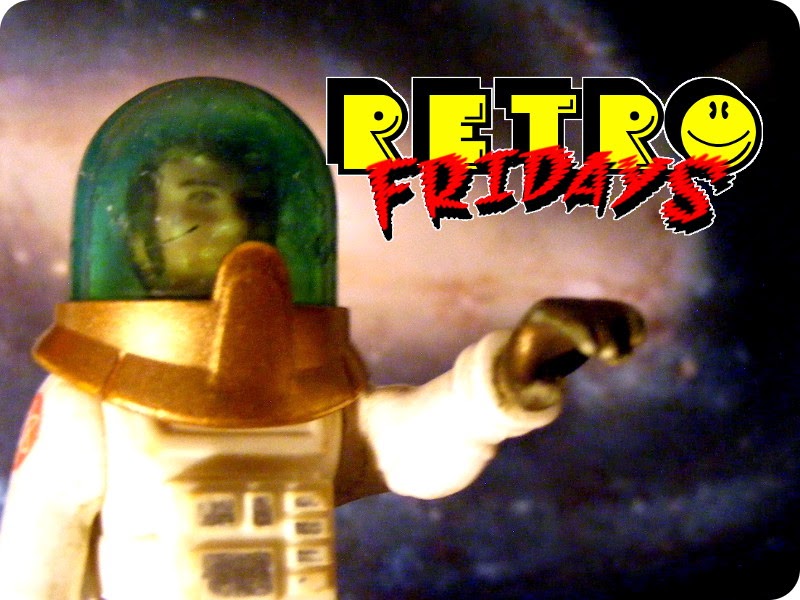 Welcome to Retro Fridays, where every Friday I feature a different vintage 1:18 scale action figure.  Today we have the male astronaut that came packaged with the Fisher-Price Adventure People Alpha Probe in 1980.  Some Adventure People figures had names, but this guy didn't, so I decided to name him "Adam Alpha."  Like Clawtron, the figure I reviewed last week, this is one of the sci-fi Adventure People.  In fact, he is one of the original two sci-fi people, along with the female astronaut that also came with the Alpha Probe.  Unless you count "Astro Knight," but personally I don't.  Astro Knight was just some dude in a hang glider, what's so sci-fi about that?  Anyhoo... keep on reading to learn more about "Adam Alpha!" 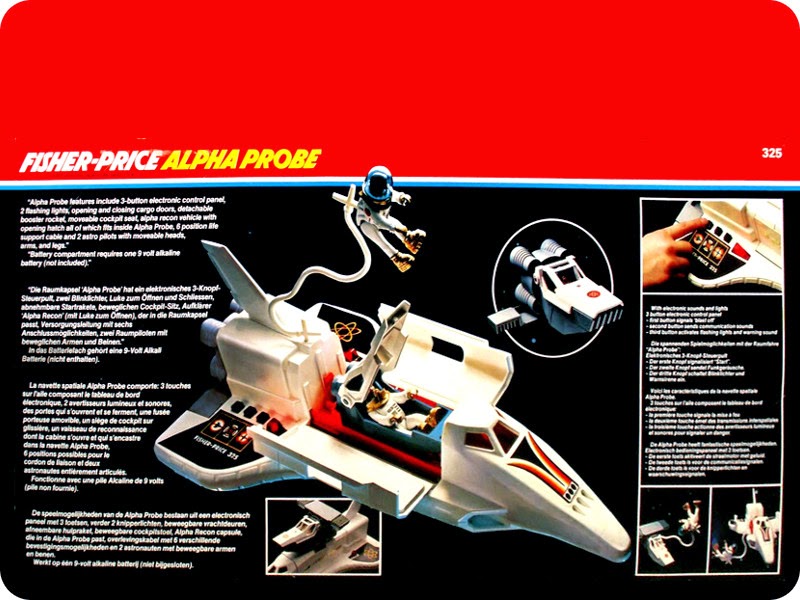 Adam Alpha originally came packaged with the Alpha Probe, a spaceship resembling the Space Shuttle.  In fact, it's close enough to an actual NASA spacecraft that you can argue that the toy is not science fiction at all.  However, since the later vehicles in the "Alpha" series included aliens and much more fantastic vehicles, I'm gonna go ahead and allow it.


Adam sports a white spacesuit with golden boots, gloves, and a golden helmet with a clear blue dome.  Inside the helmet is a head with big '70s style sideburns.  Gotta love the Adventure People for that.  On my figure, the paint from his hands has rubbed of on his legs, which is why they look smudged up in my pictures.  His helmet is also pretty scratched up, but seeing as how I found this guy used at a thrift store in a $2 bag full of action figures, I can't complain.  I really like this guy, he's a great figure to explore an alien planet with.