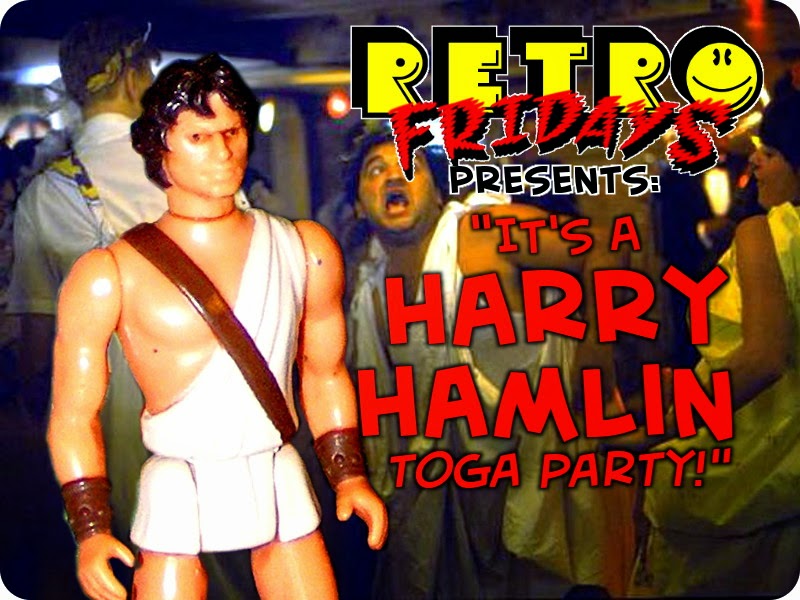 There was a long tradition of TV shows being made into 3 3/4" action figure lines in the 1970s and 1980s.  Adventure shows like Battlestar Galactica, The Dukes of Hazard, The A-Team, and Buck Rogers all had 3 3/4" action figures.  Some odder choices, like M.A.S.H., Mork and Mindy, and The Love Boat got the action figure treatment as well.  Still, I was certainly surprised to find out that they made an action figure of Harry Hamlin from the TV show L.A. Law!  Read all about it after the break, in this week's edition of Retro Fridays!

L.A. Law?  A show about lawyers?  What a weird choice for an action figure line.  Stranger still, rather than dress Harry Hamlin's figure in a lawyer-like business suit, they put him in a toga! Apparently this was from the season 2 episode "Michael Goes to Toga Town."  In this episode, Harry Hamlin's character Michael Kuzak takes a case in a California desert town that is still stuck in the old west, and finds himself roped in to the role of sheriff.  As sheriff, he finds the citizens of the town about to go to war with each other over where the new railroad station will go, but Michael manages to unite the warring factions by throwing a bitchin' toga party. 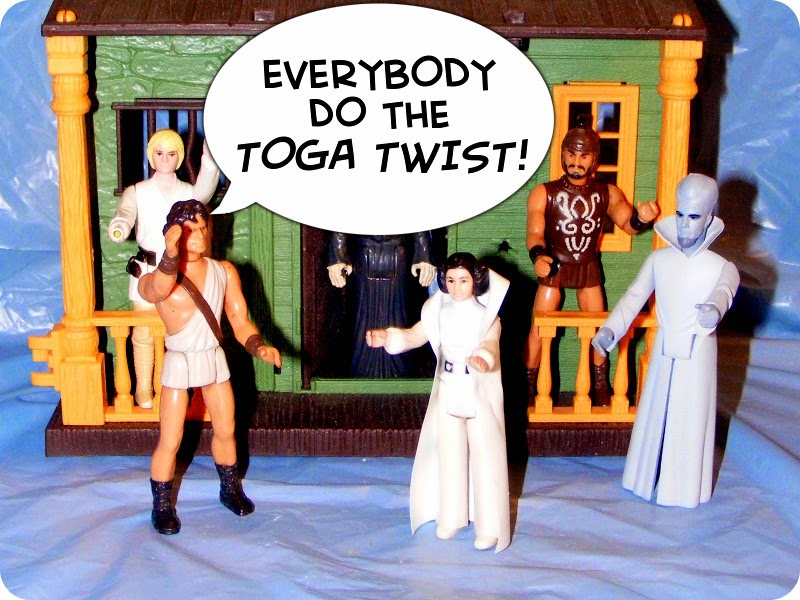 Or... this might actually be a figure from the 1981 Harry Hamlin film "Clash of the Titans."  I'll let YOU decide. 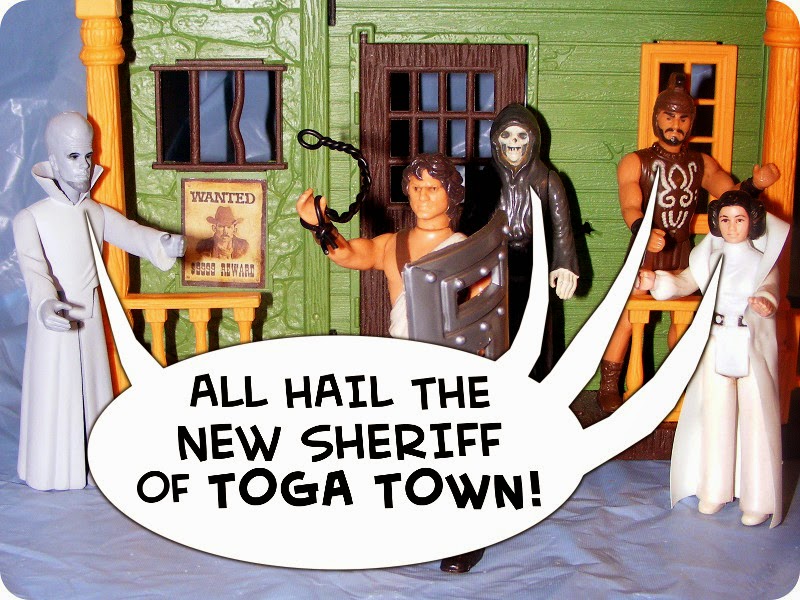 This figure originally came with a golden shield and a sword.  I don't have either one of those, so I replaced it with a 99 cents store action figure police riot shield and a twisted up piece of wire. That's just as good, right?  I doubt anybody will notice the difference, and anyways, I don't know what a laywer needs with a sword or golden shield anyway.  I doubt they'd let him take them into the courtroom. 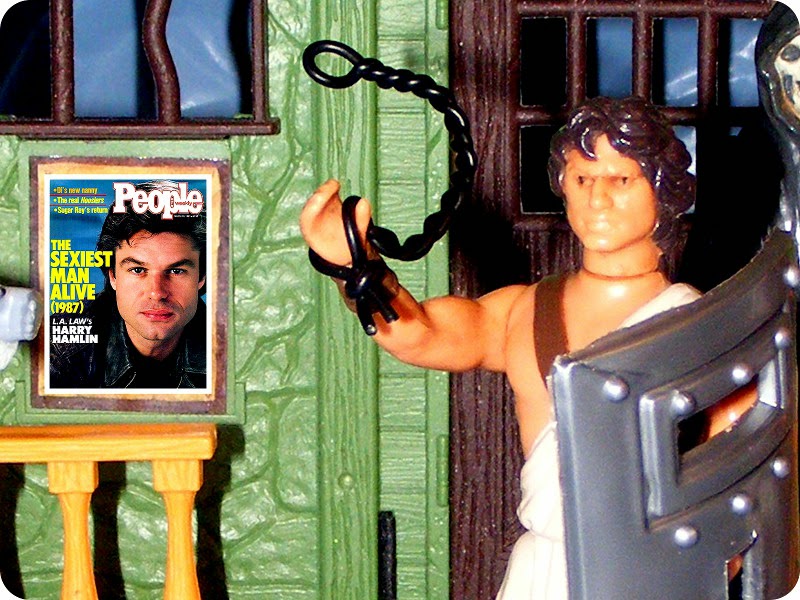 Otis Day and the Knights - Shout!