The Countdown to Halloween is Coming... 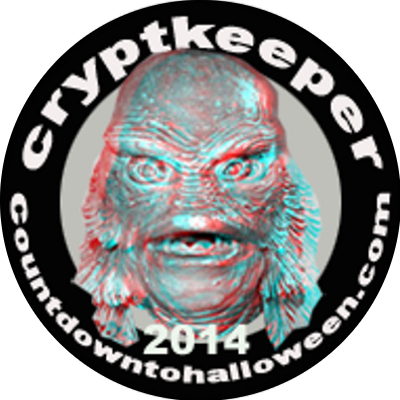 The other 11 months of the year I tend to post much more sporadically, whenever I have the spare time.  But in October, I make an effort to post every day.  So what do I have in store for this year?  Well, to begin with: toy reviews, toy reviews, and toy reviews.  Lately, I've been posting toy reviews three days a week.  Retro 1:18 scale action figures on Wednesdays, Vintage 1:18 scale figures on Fridays, and Random toys and collectibles on Mondays.  That's going to continue in October, but all of the toys I review will have a horror or monster theme for Halloween!  Additionally, I've got way more monster toys to review in October than I can cover with only 3 reviews a week, so there will be bonus reviews on other days of the week.

It's going to be a busy month for me!  I've been taking toy photos in my spare time for the last couple of weeks,  and I've actually put in for some vacation time at my job this October to help me keep up.  Beyond the toy reviews, I will also be reviewing horror movies, and possibly doing some other neat stuff as well.

Additionally, I'll be breaking October down into five weeks, each week with it's own special theme.

Week 1 - Wednesday, October 1st through Sunday, October 5th
MYSTERIOUS MURDERERS: Devil-Worshipers, Masked Killers and More, in a Week of Men Who Kill From the Shadows!

Week 2 - Monday, October 6th through Sunday, October 12th
THE DEAD SHALL WALK AMONG THE LIVING: Frankenstein Monsters, Mummies and Zombies Abound in a Week of Reanimated Corpses!

Week 4 - Monday, October 20th through Sunday, October 26th
BEYOND THE STARS AND BENEATH THE WAVES: A Week of Space Monsters and Sea Creatures!

The spooky fun begins October 1st.  Be there... and be scared!
Posted by Joshua Raymond at 12:00 AM

Email ThisBlogThis!Share to TwitterShare to FacebookShare to Pinterest
Labels: Countdown to Halloween 2014, Halloween