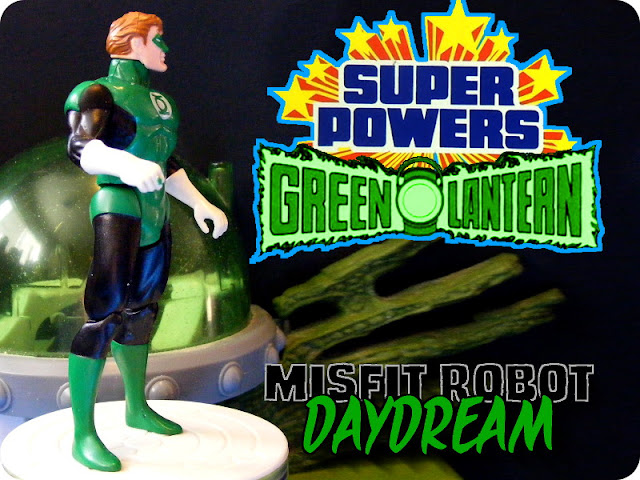 Kenner released Green Lantern as part of the first series of Super Powers figures in 1984.  The figure came packed with a lantern that he could carry in his left hand, and a mini-comic featuring Green Lantern teaming up with Robin to fight The Joker.  By squeezing his legs together, you would activate his "Power Action" feature, causing his right arm to rise up, as if he was aiming his Green Lantern power ring.  I don't have his lantern, so I did the next best thing and gave him a green fish to hold in his hand instead.  This in turn attracted Super Powers Aquaman, sniffing around the fish.  Enjoy my photos. 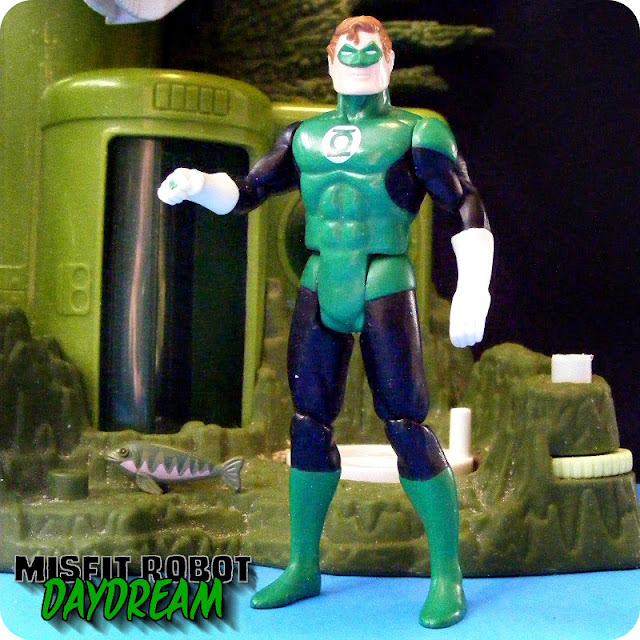 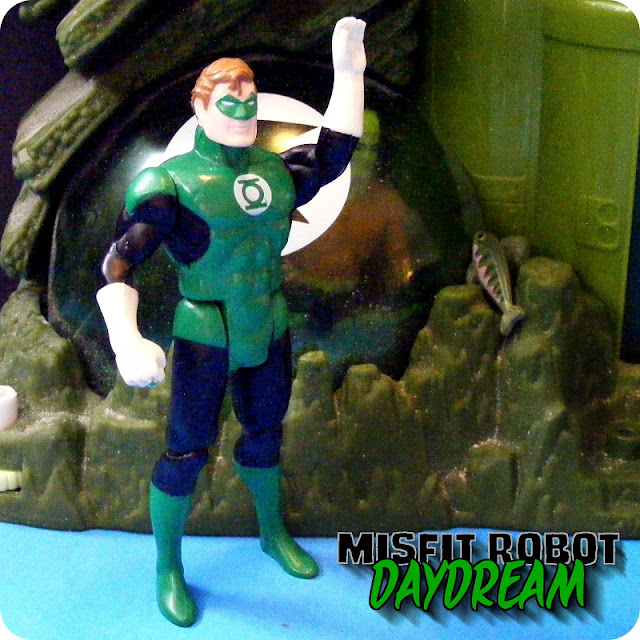 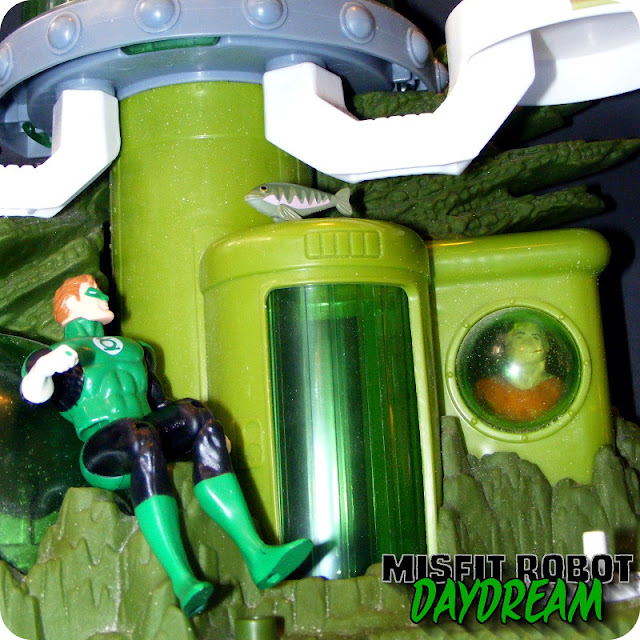 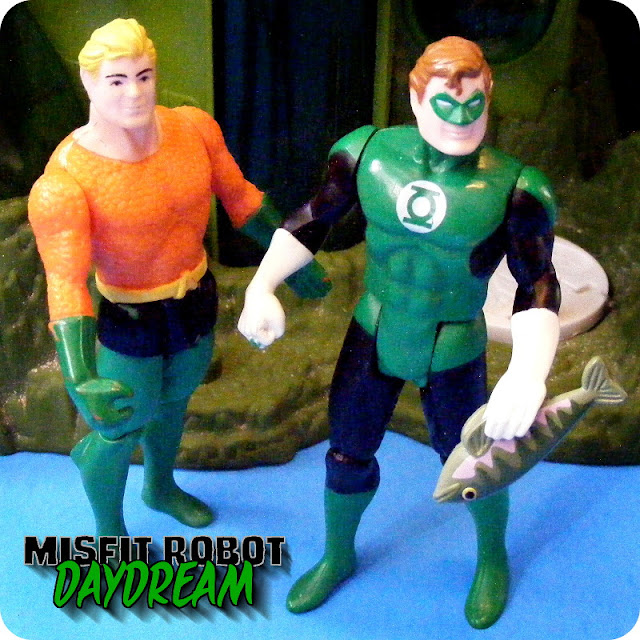 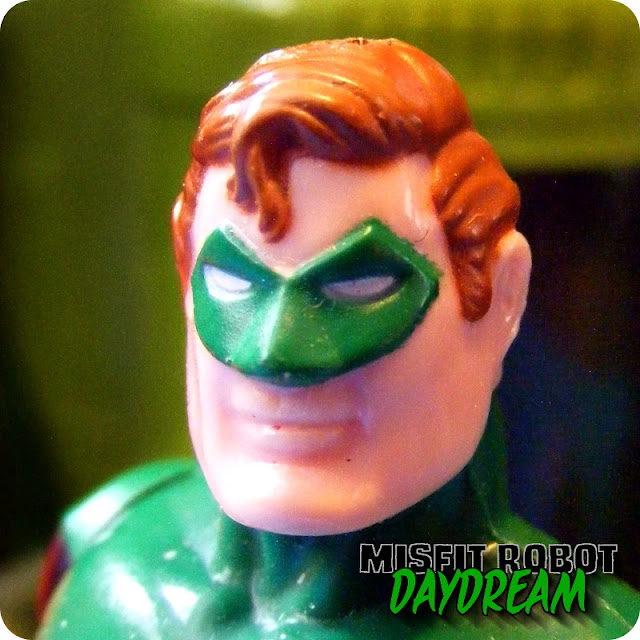