This Mork From Ork action figure was produced by Mattel in 1980.  It came packaged inside a space egg, kind of like the Xeonomorphs from Alien.  Mork was an insane space alien who had come to Earth to prepare it for conquest by his home planet.  At least I think so, I haven't actually watched the show since I was a kid... but that sounds about right.  He was played with psychotic verve by Robin Williams, who you may remember from his frightening role as killer Walter Finch in Insomnia.

They say eyes are the window to the soul.  The Mork From Ork action figure has eyes that appear to be covered in flesh... clearly Mork HAS NO SOUL. 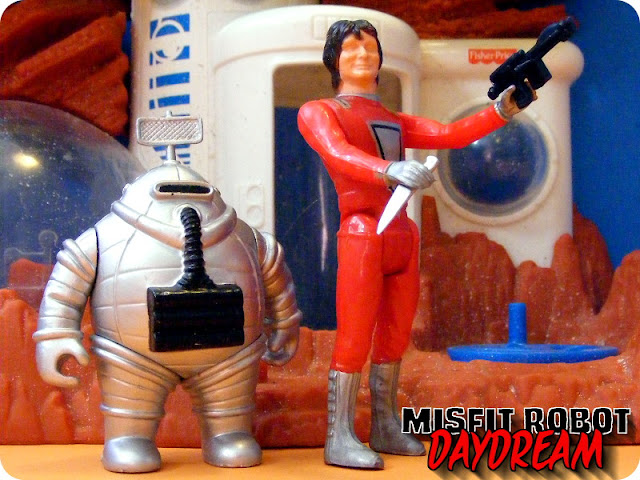 Mork was rarely seen without his gun and his blade (again, if my memories are correct... it's all a bit hazy).  But make no mistake, he could kill you just as easily with his bare hands.  And don't even get me started on his bizarre, alien powers.  Humanity doesn't stand a chance. 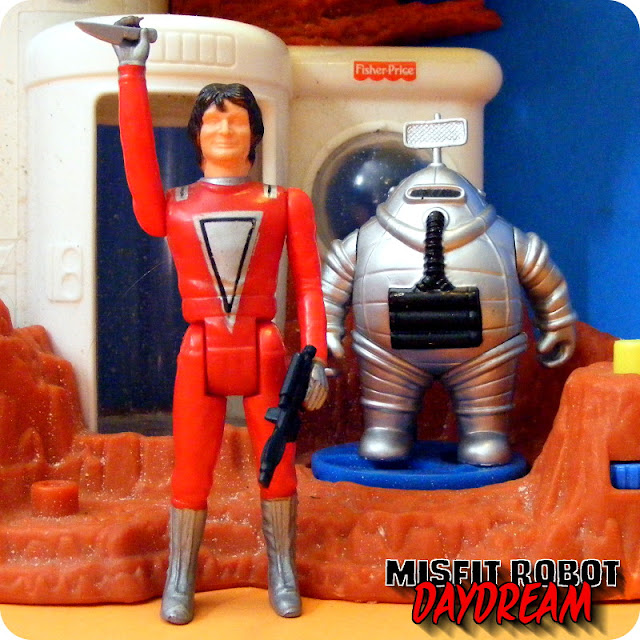 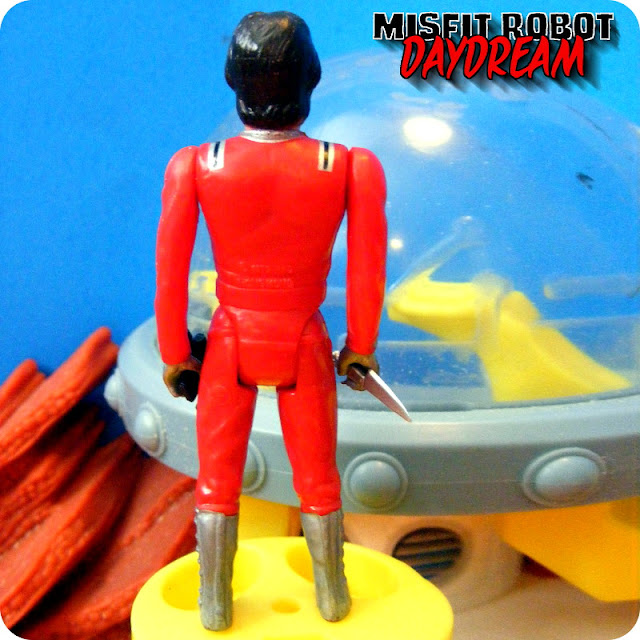 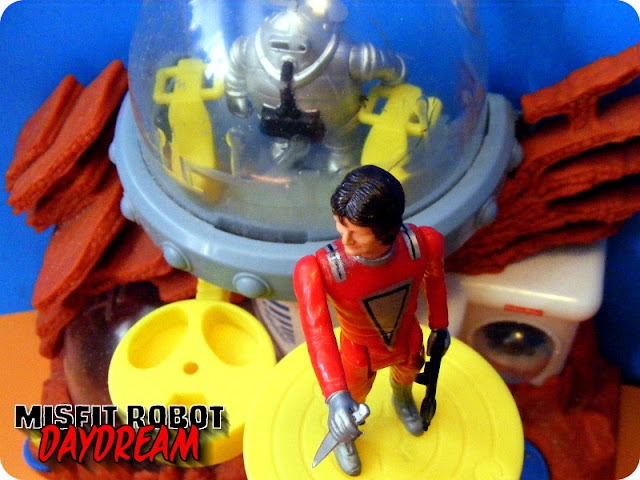