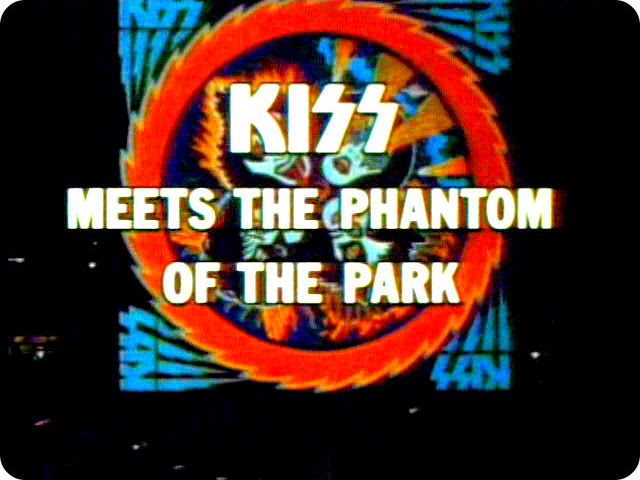 In 1978, at the height of their popularity, rock band KISS made their feature film debut in KISS Meets the Phantom of the Park.  In the film KISS play a super-powered version of themselves as they fight an army of evil androids and unravel a missing-persons mystery at a failing amusement park.  But don't worry, all that doesn't stop them from performing a series of concerts and treating us to several classic KISS songs.  Does this movie sound awesome, or what?  Wait, did I mention it's a super low budget made-for-TV movie, produced by Hanna-Barbera (the same guys who produced Yogi Bear and Scooby Doo)?  Yeah, "awesome" might not be the right word to describe this flick.  Read on to find out what word is...
https://misfitdaydream.blogspot.com/2014/10/kiss-meets-phantom-of-park-1978.html
Posted by Joshua Raymond at 6:00 AM