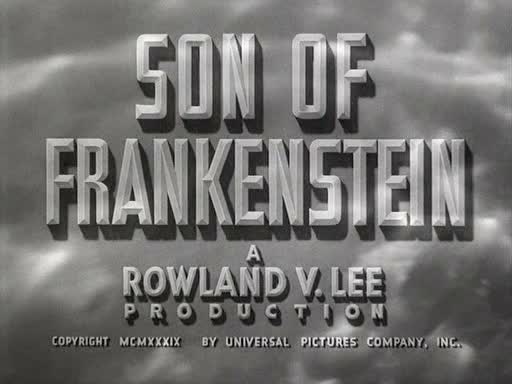 Son of Frankenstein is an interesting entry in the history of the Universal Monsters series.  This is the third Universal Frankenstein film, following 1931's Frankenstein, and 1935's The Bride of Frankenstein.  It is the first Frankenstein film not to be directed by James Whale, and it is the last one to feature Boris Karloff as The Monster.  It is also the last of Universal's big budget monster movies.  After this film, the rest of the series was produced as low-budget, "b-pictures," re-using sets, special effects, and actors from picture to picture.