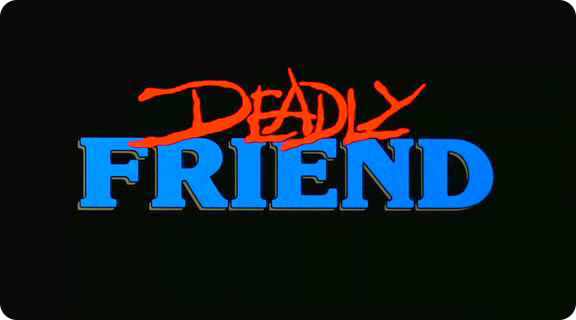 Deadly Friend is an odd movie.  It starts off as a 1980s teen romance picture, about a boy genius who wins the heart of the cute girl next door, with the help of his adorable and funny robot.  Sort of like what Short Circuit would be like if it was directed by John Hughes.  But Deadly Friend wasn't directed by John Hughes... it was directed by Nightmare on Elm Street's Wes Craven, and it is full of just as much violence, gore, and horror as it is of awkward teenage romance and cute robot hijinks.  It makes for a really disconcerting sensation, like two different movies have been mashed up together.  But that just makes the film wonderfully weird and fun to watch.

Posted by Joshua Raymond at 6:00 AM