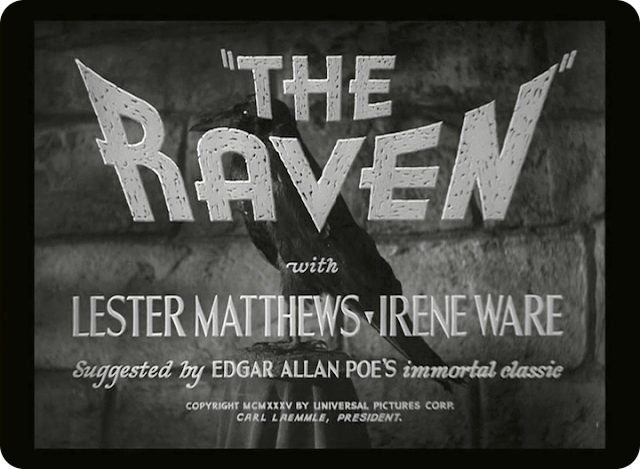 "The Raven" is one of several works of Edgar Allan Poe that are referenced in the 1935 film of the same name.  It's not actually an adaptation of Poe's classic poem, but I guess calling the film "Bela Lugosi plays a weirdo doctor who is obsessed with Edgar Allan Poe" wouldn't have the same ring to it.