This October, two Mego witches can be found haunting the aisles of local Target stores.  One is The Wicked Witch of the West, which is a recreation of the figure Mego first produced in 1975.  It's part of a "Wizard of Oz" 2 pack that also comes with Dorothy.  The other witch is Samantha from the classic 1960s TV show "Bewitched."

The two figures share the same witch hat, but are otherwise unique.  Samantha comes with a cartoon cat that Bewitched fans will recognize from the animated opening credits of the TV show.  The Wicked Witch comes with her broom.

I'm not really that big of a Bewitched or Wizard of Oz fan.  I mean, I liked them both when I was a kid, but not enough to want to collect merchandise from the properties as an adult.  That being said, I am a fan of Mego Monsters, especially around Halloween, so I couldn't resist adding two new witches to my collection. 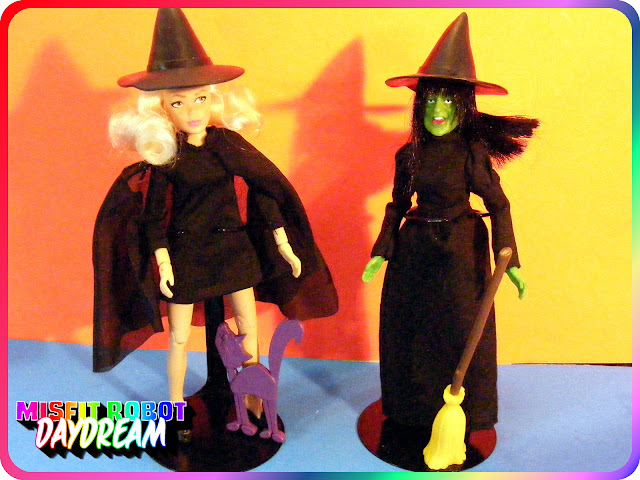