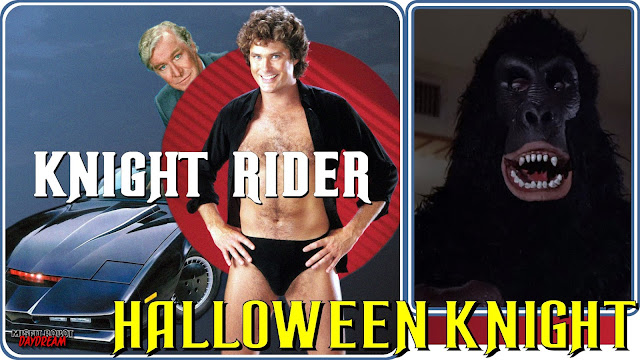 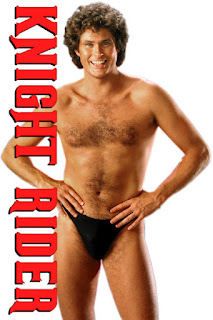 How much Halloween kookiness can be crammed into one episode about the adventures of a vigilante crime-fighter and his talking car?  So much your brain will hurt.


The episode begins with KITT's mechanic Bonnie stuck alone with a cold in her new apartment, as the other residents in the building have a loud Halloween party.

Bonnnie downs some night-time cold medicine, and then witnesses a gorilla murder a woman through her window before passing out!  The next day, everyone just assumes she was hallucinating, but Michael Knight believes her, so he and KITT begin an investigation to find out what really happened. 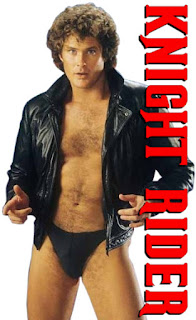 The episode concludes with Michael and KITT solving the mystery and capturing the killer, who was using Hollywood special effects to trick Bonnie into thinking she was hallucinating.

But in a final twist, the show ends with Michael falling under the spell of the "Witchmobile" witch!  As Michael bends down to look at the food she has prepared in a crock pot, KITT uses his super powers to analyze what is in the pot, and is horrified by what it contains.  He begs Michael not to look in the pot, but the bewitched Michael smiles benignly and stares into the pot as the image freezes and the credits roll!  Spooktacular!