Today we are looking at "Saurus the Dinosaur" from "Socket Poppers."

Socket Poppers is a line of action figures from the early '90s.  They're designed with detachable heads and limbs that can be swapped between the figures to make crazy combinations.  They're mostly monsters, sci-fi, and fantasy figures, but they also have a few humans thrown in for good measure.  They are in the 3 3/4 inch scale and have classic Kenner style 5 points of articulation, but with the twist that the figures can be popped apart at each point of articulation.

They were originally made by Matchbox Toys in 1990, as part of their "Con-Nec-Tors" line of action figures.  Matchbox is best known for their toy cars, and the Con-Nec-Tors were actually a spin-off of Matchbox's Con-Nect-Ables line of cars.  The figures didn't really take off, but a year later Ertl Toys picked up the license from Matchbox and rereleased them under the name "Socket Poppers."  There are a total of 16 figures in these toy lines. 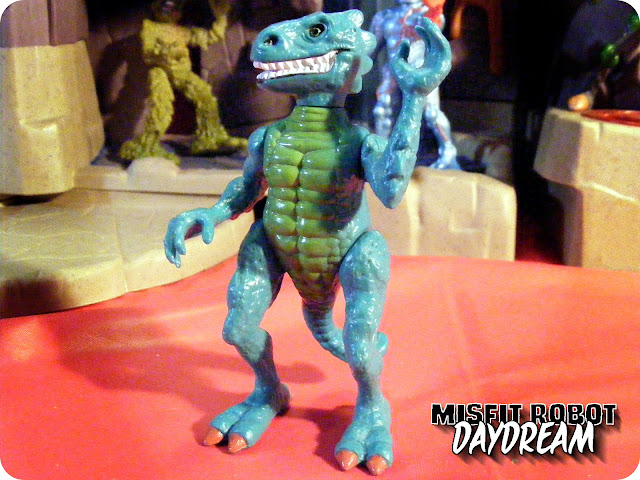 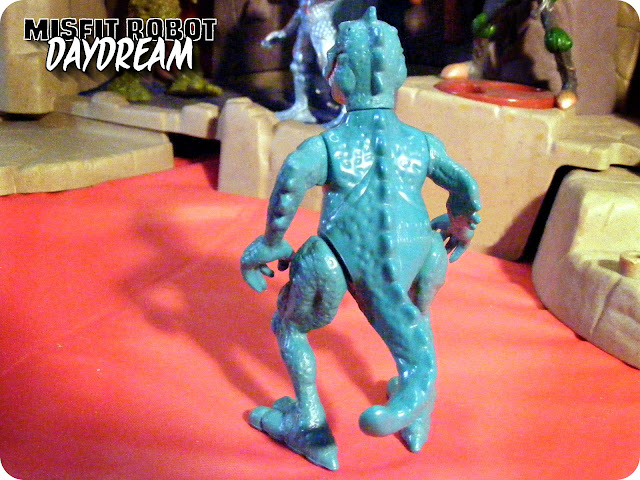 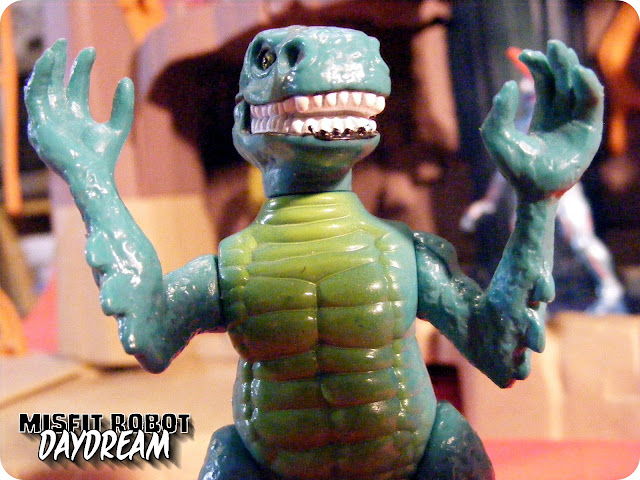 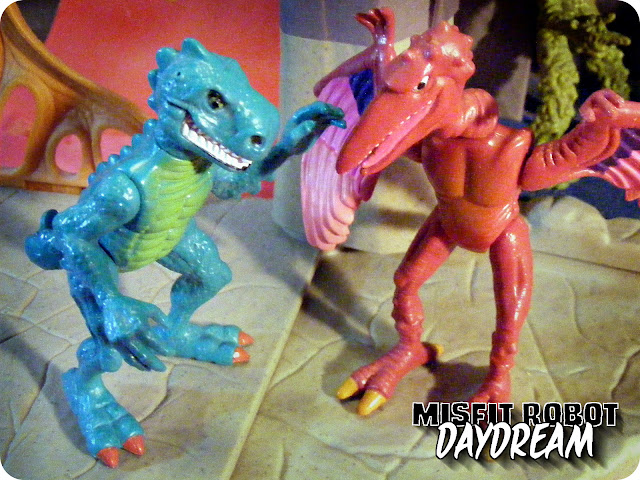 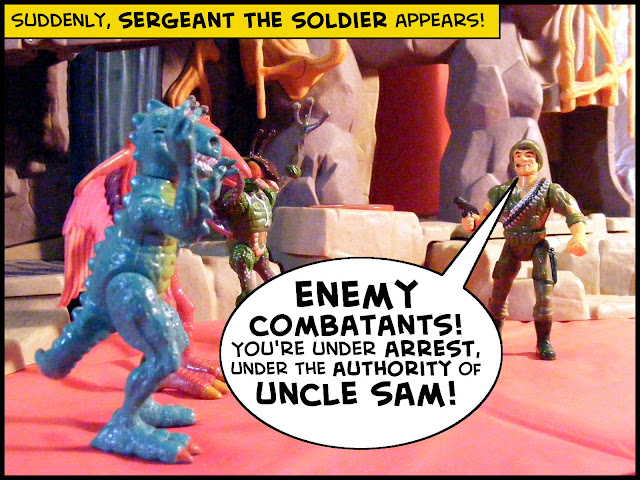 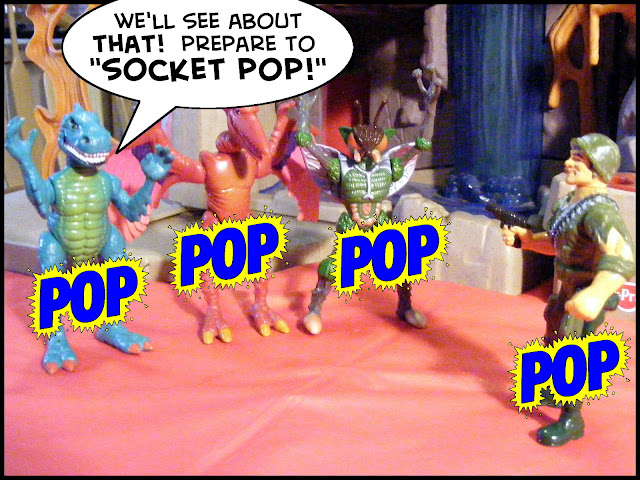 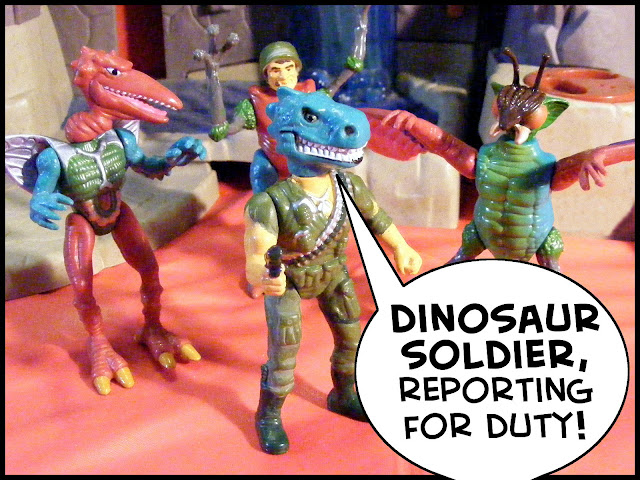 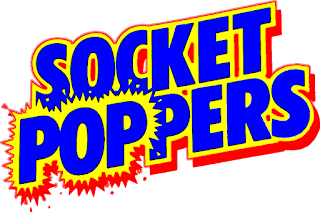 Posted by Joshua Raymond at 4:07 AM