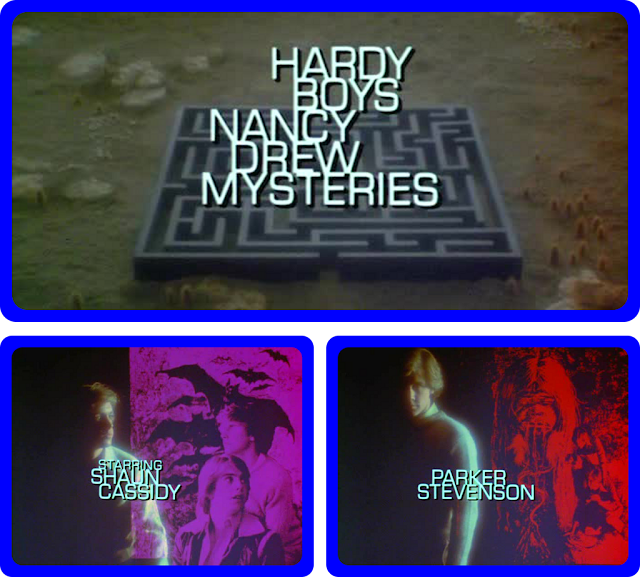 In "Mystery of the African Safari," the Hardy Boys continue their globetrotting adventure that has so far led them from Paris, to Germany, to Transylvania, and Egypt, this time arriving in beautiful sunny Southern California... whoops, I meant Africa (or a reasonable facsimile thereof).

While not one of the best, this was a reasonably entertaining episode. I guess I prefer the episodes with more outlandish plots , you know the ones with Draculas and UFOs and whatnot.

It was educational, however.   For instance, did you know that in Kenya the only form of entertainment is watching people dance along to drums, and, no matter where you go in the country, you will see the same half dozen drummers and dancers everywhere?  I didn't know it before watching this episode.

Another fun thing was the casting of actor Albert Popwell as Keino.   I immediately recognized Popwell as "Hey,  that guy!"  A quick Google search told me he starred alongside Clint Eastwood in a bunch of Dirty Harry movies, as well as a host of other shows on TV in the '70s and '80s.  His most famous role was as the bank robber in Dirty Harry to whom Harry asked,  "You've got to ask yourself one question: 'Do I feel lucky?' Well, do ya', punk?"


It was also fun to see Anne Lockhart as Frank's romantic interest.  I remember her mostly for her role as Lt. Sheba on Battlestar Galactica.  In fact,  I think I had a medium grade crush on her when I was little boy.

So, overall this wasn't the best episode, but I liked watching it. But to be honest, I think I'm looking forward to next week's episode, when they return from their world tour, back to the United States.  Now if only they can wrangle up some more Draculas we'll be in business.

The Hardy Boys will return next week in, "The Mystery of the Hollywood Phantom."  Judging by the title alone, it sounds like a good one, so I hope you'll be back to hear my thoughts!  Until next time, mystery fans!

BONUS!  MUSIC VIDEO:
I thought this would be a good music video for an "African Safari" episode that was obviously shot in Southern California

MORE SCREENCAPS AFTER THE JUMP: