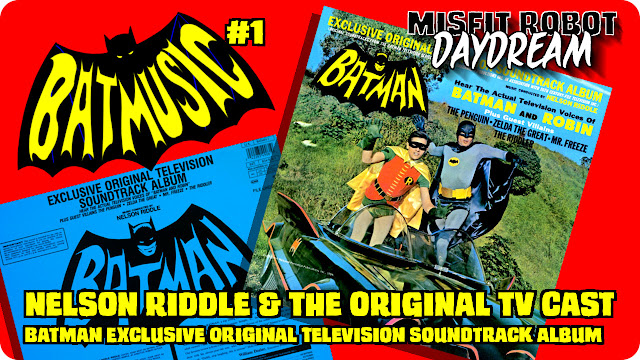 Welcome to the first edition of Bat-Music!  Every Monday for most of this year I'll be featuring an album or musical performance that ties in, officially or unofficially, with the 1966 Batman TV show.  This month I'm starting off with the official soundtrack to the show.  It features music written for the series by Neil Hefti, Nelson Riddle, and Billy May, all conducted by Nelson Riddle and his orchestra.  The album contains various musical cues from the show and is punctuated throughout with audio clips from the show voiced by Adam West, Burt Ward, Burgess Meredith, Frank Gorshin, and more.  It makes for fun listening if you are a fan of the series.


Holy Hole in the Doughnut