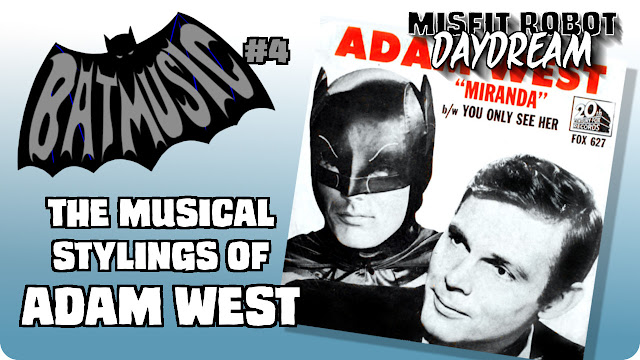 Several of the Stars of the Batman TV series used their notoriety from the show to sell novelty records, or to try and launch a singing career.  In 1966, Adam West released a single as well as made several singing appearances on TV variety shows, trying to launch himself as a pop crooner, but a side career as a singer never really took off for him.  10 years later, he tried again, recording a pair of demos that were more Batman novelty songs than an actual attempt to become a singer, but the deal fell through and the songs were never commercially released, although they eventually surfaced on the internet.