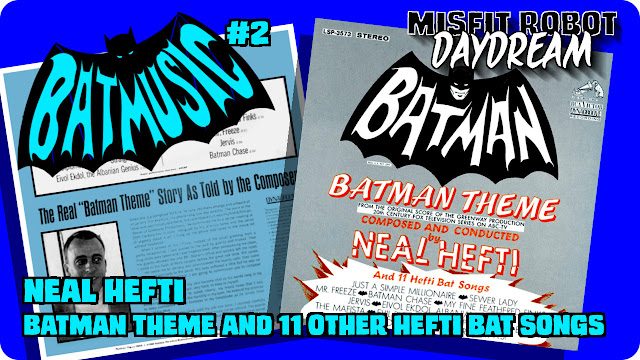 Neal Hefti composed the classic Batman TV theme, but aside from that he didn't have anything else to do with the music from the series, but that wasn't going to stop him from cashing in on the 1966 Batman craze with an album of his own.  So for his album "Batman Theme and 11 Other Hefti Bat Songs" we have the two versions of the Batman theme to open and close the albums (the opening credits and closing credits versions) and sandwiched in between are 9 songs "inspired" by the Batman TV show.  The inspiration primarily is shown by the titles to the songs, rather than the music itself, which you would have a hard time associating with Batman if you listened to them out of context.