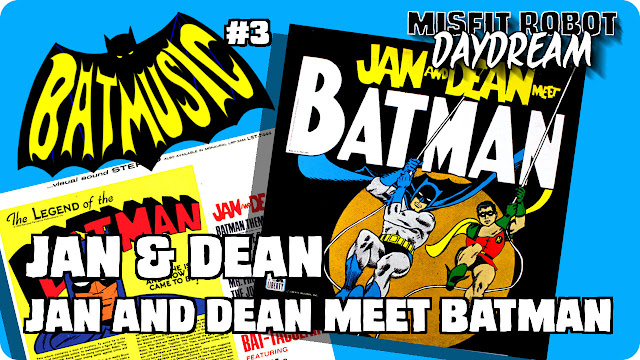 Jan & Dean had a hit single in 1966 with "Batman," a song inspired by the Batman TV show, and apparently decided to cash in on it's success by releasing a full Batman themed album.  In addition to the single "Batman" it only features three other tracks sung by Jan & Dean (Robin The Boy Wonder, The Joker is Wild, and Flight of the Batmobile).  The rest of the album is filled out by two instrumentals by ace session musicians The Wrecking Crew (Mr. Freeze and Batman Theme), and a handful of comedy sketches starring Jan & Dean as "Captain Jan And Dean The Boy Blunder."  The sketches get old after a few listens, but the songs are a lot of fun.


Jan & Dean - Flight of the Batmobile