Return of the Jedi (1986) Despecialized Edition 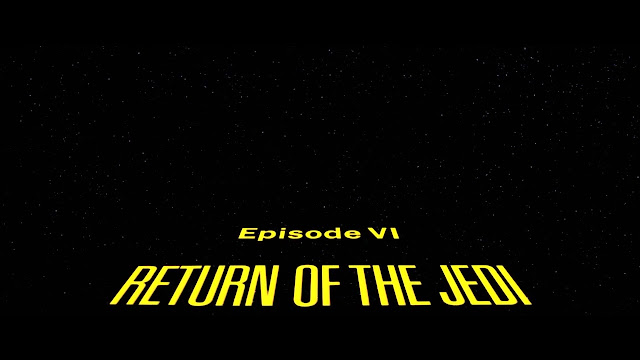 This is the version of the movie as it originally was shown in the theaters in 1986, before George Lucas made all of his "special edition" changes to it.

This is is probably the weakest of the trilogy, but even if it's not perfect as a stand-alone film, I think it's pretty great as an ending if you are marathoning all three at once.

Well that's it for my retro Star Wars movie marathon, up next I'm off to the theater to see Star Wars: The Force Awakens!
Posted by Joshua Raymond at 7:33 AM