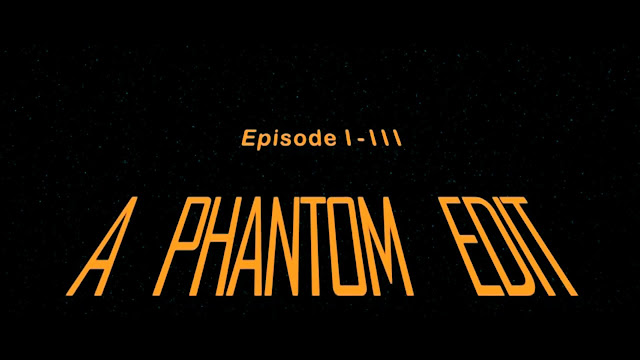 Star Wars I-III: A Phantom Edit is a fan made edit that takes all three of the Star Wars prequels and edits them down into a single movie.  They cut out almost all of the appearances of Jar-Jar, the political debates, trade disputes, midichlorians, and fart jokes.  Instead, the focus is squarely on the rise and fall of Anakin Skywalker.  A few of the edits are a little obvious and disorienting, and some of the wooden acting performances and stilted dialogue remain, but overall it works very well.  Anakin and Padme's relationship seems much more natural and unforced.  Anakin himself comes across less as a creep and a whiner, and more as a tragic figure who starts out as a good man, but is manipulated and mistreated by those around him until he slips into darkness.

On their own, I find the the prequels practically unwatchable, but this edit turns them into something that I actually enjoy.