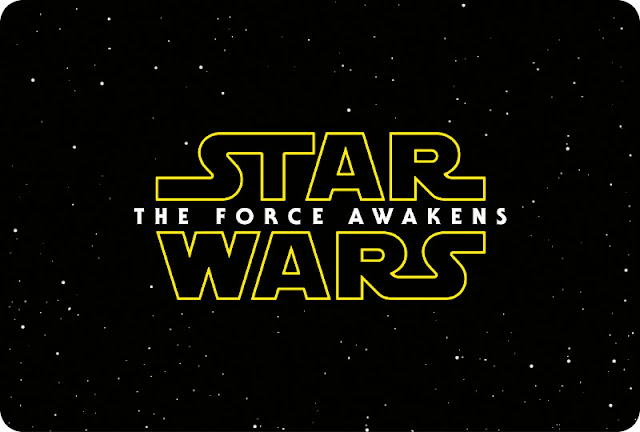 The Force Awakens.  I'll avoid any major spoilers here, and won't mention anything specific that you couldn't have already seen in the trailers.

The biggest question I had going in to Star Wars: The Force Awakens was whether or not it would feel like a "real" Star Wars movie, like the original trilogy which are some of my favorite films of all time.  Or would it be more like the prequels, which I found to be so deeply disappointing.  And I'm glad to report that yeah, The Force Awakens very much does feel like a "real" Star Wars movie, whereas the prequels didn't.

But that turns out to be both it's strength, and it's weakness.  In a lot of ways, this feels like a "greatest hits" style remake of the original films, like J.J. Abrams picked out the most popular bits and pieces from the originals and then regurgitated them back to us in slightly different packaging.  If you go back and watch the original Star Wars film, you can see all of George Lucas's influences on the screen, things like Japanese samurai movies, old school Hollywood westerns, and vintage movie serials.  In The Force Awakens, the only influence you can see onscreen is from other Star Wars movies.  There are scenes on a desert planet, and ice planet, and a forest planet.  There is a bar full of weird aliens.  There is a new planet destroying super weapon that is basically The Death Star 3.0.  Kylo Ren is analogous to Darth Vader, BB-8 is basically a cuter version of R2-D2, Han Solo is now an older veteran mentoring a new generation of young heroes, which in a weird way makes him the new Obi-Wan Kenobi...  after awhile it gets to be a bit much, and I would have liked to see something a little more original on display.

But maybe after the disaster that was the prequels, revisiting what it was we loved about the first films was exactly what was needed to get the series back on track.  I think I'll be okay with it if the next films in the series use this one as a launching point to move in some new and original directions.  In fact, it's really hard to judge this film on it's own anyway, because it just feels like the first chapter in a new series.  It isn't really structured like a stand-alone film.  So I guess you can check back with me in about four years, after the next two films have been released, and I'll tell you how I really feel about it then.

One thing I do like about the film is the cast, pretty much all the new actors are great, and I'm really looking forward to seeing how their characters develop over the next few films.  And the fact that I am already eagerly anticipating the next films must mean this film was successful, even if I wasn't entirely satisfied with it.  Plus, the fact that Rian Johnson is directing the next film is a good sign, as he has directed some really creative and interesting movies and TV shows, and I could easily see him becoming the Irvin Kershner (director of The Empire Strikes Back) to J.J. Abrams' George Lucas.  Unless they reveal that the next movie will be entitled "Star Wars Episode VIII: Jar-Jar's Revenge."  Then all bets are off.
Posted by Joshua Raymond at 7:40 PM