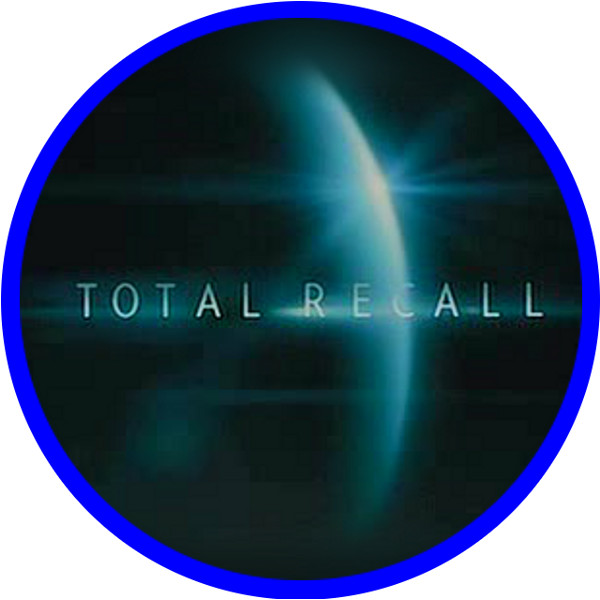 Total Recall (2012) - Movie review plus screencaps:
The 2012 remake of Total Recall is an adequate movie.  It is not nearly as entertaining or imaginative as the original film from 1990, but it's fine for what it is, which is an excuse for lots of explosions, gunplay and fights.  The look of the film is mostly cribbed from Blade Runner (another film based on a story by Philip K. Dick).  It's a look that was very fresh and exciting when we first saw it in 1982, but thirty years, and countless imitations in other films and videogames later, it's a look that's lost most of it's ability to make you say "wow."
Colin Farrell was actually pretty good in the film at first, playing a melancholy blue collar worker who yearns for something more in his life.  But as the film progresses his character quickly devolves into a generic action hero type, and in these scenes he seems kind of stiff and robotic.  The action scenes are all about getting the choreography of the fights done right, they don't really leave any room for acting.   Most of the action scenes (which make up, like, 90 percent of the film) play more like they're out of a hyper-real sci-fi videogame than something you believe could happen in real life.  The effect is like watching another person play a videogame, it might be interesting for a few minutes, but eventually you're going to want to pick up the controller and play it for yourself, not just watch it on a screen.
Ultimately, I can't recommend this film.  It's not terrible, but there are plenty of other choices out there that would be a better way to spend two hours of your life.  The original is a classic, pick that up instead.