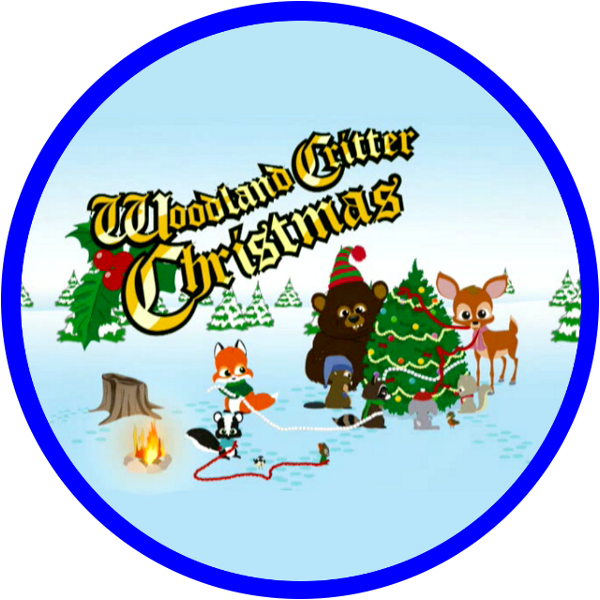 CREEPY CHRISTMAS
South Park - Woodland Critter Christmas (2004) - TV review plus screencaps:
One of several Christmas episodes produced by South Park, "Woodland Critter Christmas" starts off like a typical children's Christmas special.  The episode is narrated in a rhyming style, and the show's protagonist Stan is described as "The Boy in the Red Poof-Ball Hat."
Stan discovers a group of magical talking animals in the forest, decorating a Christmas tree.  The animals befriend Stan, and later ask for his help, and this is when the episode starts getting strange.  It seems that one of the Woodland Christmas Critters is pregnant, with nothing less than the "savior" of the animal kingdom, in a story that parallels that of the Virgin Mary being pregnant with the Son of God.

Unfortunately for the Critters, this happens every Christmas, but the pregnant animal is always killed by an ominous mountain lion before the Critter can give birth to their savior.
So, Stan reluctantly takes on the task of defeating the mountain lion in order to save the pregnant Woodland Critter.  Regrettably, after he does so, Stan discovers that the Woodland Critters are Satan worshipers, and that their "savior" is the Antichrist.  This is followed by various scenes featuring supernatural satanic powers, animal sacrifice, violence and murder, a sex orgy in pools of blood, and a trip to the abortion clinic.  In other words, good clean holiday fun for the whole family!
Woodland Creature Christmas features the following Christmas elements:
South Park's "Woodland Creature Christmas" is one of the rare Christmas specials to feature elements that appeal to both Christians and Devil worshipers, something that is far too rare in today's jaded modern world.  So gather your family around the TV and watch the special together, for Christmas memories that will last a lifetime.