The Final Time I Went Trick-or-Treating as a Kid 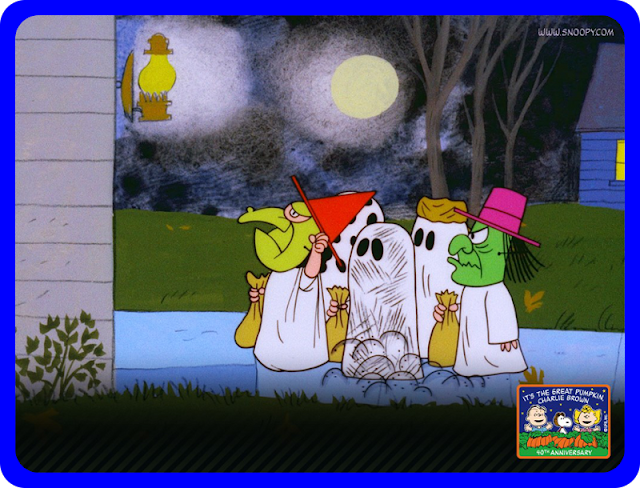 The Final Time I Went Trick-or-Treating as a Kid

I was 12 years old, just a few months in to junior high school, and I was starting to feel like I was too old to go trick-or-treating.  I still loved Halloween, candy, horror movies, all of that, but I just felt like I was getting too big for the door-to-door trick-or-treating stuff.  Bare in mind, I had developed physically a lot faster than the other boys my age.  I was taller, more muscular, and hairier than any of the other boys my age, and people were always asking me if I was older and had been held back.  Sometimes, if a teacher that didn't know me saw me on the campus, they would stop me, thinking I was a high school kid who was causing trouble at the junior high.  By the time I was in high school, most of the other boys had caught up with me, but for a few years, I looked a lot older than my age.

To sweeten the deal, even further, my Dad-Dad (real dad, not step-dad) said he would make me a homemade costume to wear.  Up until then, I had worn store-bought Ben Cooper Batman costumes pretty much every year.  And I'd always been jealous of the kids who had awesome looking homemade costumes.  So I was really excited to finally have a homemade costume of my own.  I also figured I'd do something a little different this time.  This year, instead of being Batman, I would be another one of my favorite comic book characters.  I would be The Flash! 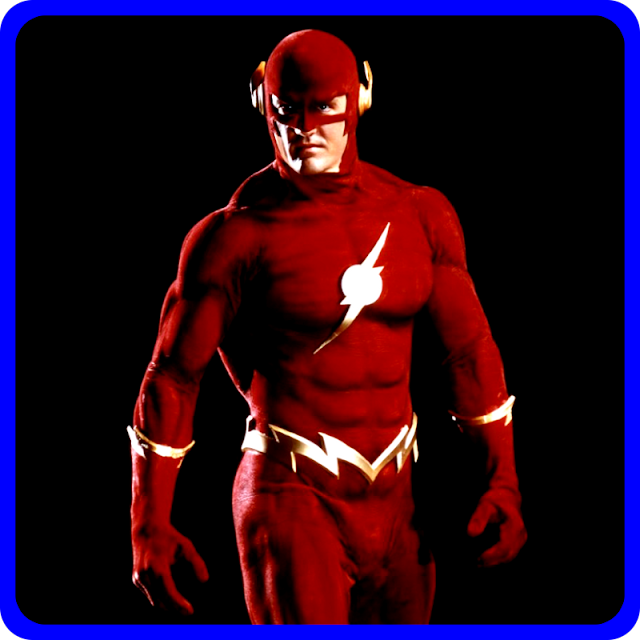 So, I'm not sure if my Dad had been working on the costume until the last minute (or, more likely, didn't start it until the last minute) but I ended up not getting the costume until the 31st, about an hour before I was supposed to go out trick-or-treating.  My Dad had to drive in from out of town to bring it to me.  I had visions in my head of how cool I was going to look, in a professionally sewn and put together superhero costume, like something out of a movie or TV show.  I was really looking forward to impressing the girls that we were supposed to be going with that night, too.  And then I saw the actual costume.

If you think the costume sounded kind of lame so far, though, get ready, because I've saved the best part for last.  That would be the Flash lightning bolt insignia on my chest, and the superhero shorts.  My dad had bought me a set of The Flash Underoos, to wear on the outside of the costume.  I remember looking at this costume, and my mind boggled.  I just couldn't believe it.  But, I didn't really have time to question it, and there wasn't any time to get another costume, either.  So I wore it. 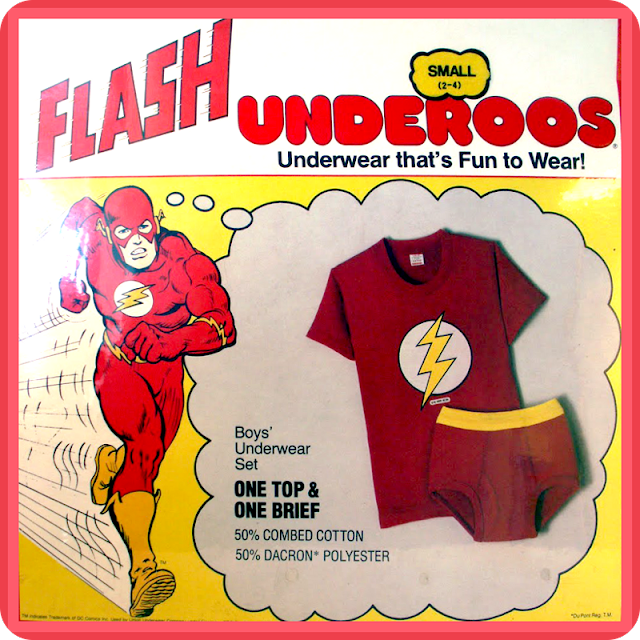 I had been hoping to impress the girls I was meeting for the first time that night, with my awesome looking costume.  Instead, the first thing one of them said when I met them was, "are you wearing... underwear?"  Then they both started laughing.  That question then got repeated, over and over again, at every door we knocked on that night.  A lot of the time, people were angry about it, too.  Most people didn't see some poor little kid whose parents had saddled him with a terrible costume.  In their minds, I was a teenager, to old to be trick-or-treating, who was wearing his underwear on the outside as some kind of weird Halloween prank.  And after awhile, I started to see myself that way too, and went from being embarrassed to thinking the whole situation was kind of hilarious, and actually had a lot of fun that night.

Not so much fun that I ever tried trick-or-treating again, though.
Posted by Joshua Raymond at 3:46 AM

Email ThisBlogThis!Share to TwitterShare to FacebookShare to Pinterest
Labels: Countdown to Halloween 2013, Halloween